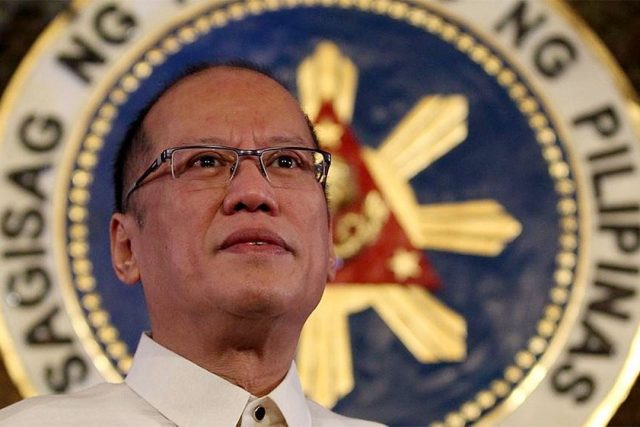 President Noynoy Aquino inherited a frail economy when he assumed office in 2010. The debt to GDP ratio was high at 54.4%; Gross International Reserves (GIR) was a paltry $44.2 billion; government’s revenue collection ratio stood at only 12% of GDP; merchandise exports were an anemic $38.4 billion; and foreign direct investments was just above $1 billion. Only OFW remittances kept the economy afloat. There were no funds left for infrastructure spending, let alone social development.

Despite scant resources, the Aquino administration succeeded in accelerating infrastructure spending five-fold and increasing social development budgets by 313%, over four years. All these while reducing the national debt to just 44% of GDP and maintaining the budget deficit at below 2%. How did he do it?


It was a combination of many factors. On the uses of funds, President Aquino embarked on a policy of fiscal discipline coupled with a strong anti-corruption campaign. On the sources of funds, he focused on attracting foreign direct investments (FDIs), increasing export earnings, boosting tourism, improving tax collection, and utilizing Private Public Partnerships (PPP) to help shoulder the infrastructure bill.

From day one, President Aquino insisted on zero based budgeting. This meant doing away with projects that yielded low social impacts, projects that were poorly planned and those prone to leakage (corruption). Leakage and fat were eliminated from the national budget, allowing more funds to be used productively. Slashing congressional pork barrel to its barest minimum generated enormous savings too.

He insisted on full transparency in all government transactions especially in public biddings. Public tenders were published in the agency’s websites and in national newspapers. Moreover, all transactions utilizing public funds were meticulously audited by the Commission on Audit. Those responsible for unaccounted discrepancies were made to face the Sandiganbayan.


President Aquino understood the importance of foreign direct investments. FDIs are vital for job generation and for capital formation. Trust and confidence were his tools to attract FDIs and this was achieved through good governance.


Good governance has many facets. Not only did it mean the judicious use of resources, it also meant installing the best and brightest technocrats in key positions in government; it meant regular consultations with the academe, socio-civic groups, and business groups in policy formulation; it meant making decision based on data and evidence-based reasoning rather than personal bias, conjecture, or impulse; it meant establishing measurable targets which are regularly evaluated against performance (President Aquino was known to personally review the key result areas of his cabinet against what was delivered); it meant benchmarking deliverables to global standards; and it meant leveraging on technology whenever possible.


President Aquino’s honesty, sincerity, and steadfastness produced exemplary results which was evident as early as the first year. This was enough to convince the international community that the Philippines was indeed a good country to invest in. It also helped that President Aquino, along with his economic team, regularly reached out to strategic foreign enterprises in international road shows. Good governance, rapidly improving fundamentals and an exceptional reputation abroad made investors come in droves. From just $1 billion in 2009, FDIs increased eight-fold to US$8.28 in 2016. Along with FDIs came jobs and export earnings.


Merchandise exports increased from $38.4 billion in 2009 to $56.31 billion in 2016. Add to this $31.2 billion in service exports, primarily from the IT-BPO industry. IT-BPO’s boomed in the Aquino years thanks to sensible industry development programs and a favorable investment climate.


President Aquino also understood the importance of rebuilding the country’s manufacturing base. A strong manufacturing sector would allow those in low paying jobs (subsistence farmers and minimum wagers) to migrate to higher paying jobs in factories. The Department of Trade and Industry formulated some 84 industry roadmaps to rapidly develop Philippine manufacturing capabilities. Only under the Aquino administration did the industrial sector grow faster that the service sector. Over his six-year term, industry grew by 7.58% versus a 6.51% growth in services. This has never happened in our post-war history. All these resulted in the lowest incidence of poverty ever recorded — just 469,000 families were below the poverty line by the time President Aquino’s term ended.


In tourism, foreign arrivals increased from 3.02 million visitors in 2009 to nearly 6 million by 2016. Thanks to strategic promotional spending and a brilliantly conceived campaign (“It’s more fun in the Philippines”), investments in tourism-related infrastructure helped bolster the industry.

On infrastructure development, the Aquino administration is often blamed for not spending enough for roads, bridges, and ports. Truth be told, it was the 11 years under Estrada and Arroyo that spending on infrastructure did not even exceed 2% of GDP.

Records show that infrastructure spending increased five-fold during President Aquino’s term, from P145.5 billion in 2011 (1.8% of GDP) to P759.6 billion in 2016 (5% of GDP). Ingeniously, he used Public Private Partnerships (PPP) to fund many of the projects. It was a clever move considering limited financial resources.

The Department of Public Works and Highways and the Department of Transportation and Communication re-wrote the country’s infrastructure masterplan. Many of its components were initiated between 2011 and 2016. Fortunately for President Duterte, most projects were completed during his term, allowing him to take credit for them.

Conditional cash transfers, the program that helped the poorest of the poor survive another day, also increased from P10 billion in 2011 to P62.7 billion in 2016, a 527% increase.

On the back of good governance and the judicious use of funds, the Philippines improved in all development indices including economic competitiveness, ease in doing business, economic freedom, corruption perception, innovation, rule of law, and gender equality. The economy experienced an accelerated average GDP growth rate never before seen since our independence.


The Philippines metamorphosed from being the sick man of Asia to Asia’s bright star during the Aquino years. Sadly, with feudal simple-minded governance under President Duterte and the mismanagement of the pandemic, the Philippines is back in intensive care.


Indeed, good governance is good economics. Let us remember this as we make our choice for 2022.

Andrew J. Masigan is an economist