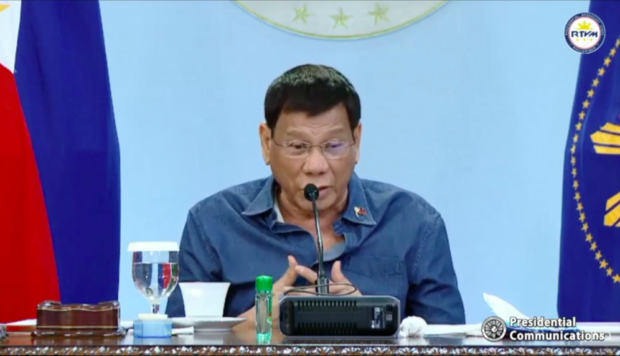 TACLOBAN CITY – President Duterte’s decision to accept the nomination of his party PDP-Laban to run for vice president in the 2022 elections has drawn mixed reactions from officials and the public in the Visayas.

Governors Ben Evardone of Eastern Samar and Reynolds Michael Tan of Samar said they will support the President’s move so he can continue the programs and services implemented under his administration.

“We fully support it. We need continuity to pursue all the development in our region, in particular, and the whole country in general (and) we need a leader who is firm and has compassion during this pandemic,” Evardone said.

Tan shared the same sentiment, saying it was under the Duterte administration that some major problems like insurgency and illegal drugs were addressed.

Northern Samar Rep. Paul Daza said the President could run for any position under the country’s democratic system.

“President Duterte’s running for vice president is not expressly prohibited by the Constitution. What is prohibited is for him to run for reelection. It’s no different when a mayor runs for vice mayor,” he said.

“At the end of the day, if voters want continuity, they have the option to vote for him. If people disagree, vote for someone else. That’s democracy, Philippine style,” Daza added.

“It is a shameless attempt to circumvent the Constitution, because God forbid, if Duterte and his stooge win as president, he will command the latter to resign (so he can take over the presidency),” he said in a text message to the Inquirer.

“What for? More deaths? Unstoppable corruption? Bad governance or some power to stop the (International Criminal Court)?,” said Oso, who has spoken out against extra-judicial killing in the government’s campaign against illegal rights and other human rights violations.

“What have become of us if he still wins?” he said.

“I think it runs counter to the intent of the Constitution. It’s a devious way of circumventing the provision against reelection,” Coscolluela said.

“This is nothing but undisguised arrogance and greed for power, not to mention the height of pretentiousness,” he added.

Some ordinary individuals also expressed their opinion over President Duterte’s decision to run for vice president.

“It’s about time he will retire. There were footages seen on several occasions that he has health issues. He really needs to rest,” said Hazel Panlita, a resident of Baclayon town in Bohol

“But he must let Sara run for president. It seems a waste to let someone from another planet continue what he (President Duterte) has started,” she added.

Samuel Caduyac, 31, a peanut vendor, from Dauis town, said he wants President Duterte to run for vice president in next year’s elections.

“His performance as President is good. I’m still his supporter,” he said. (With r