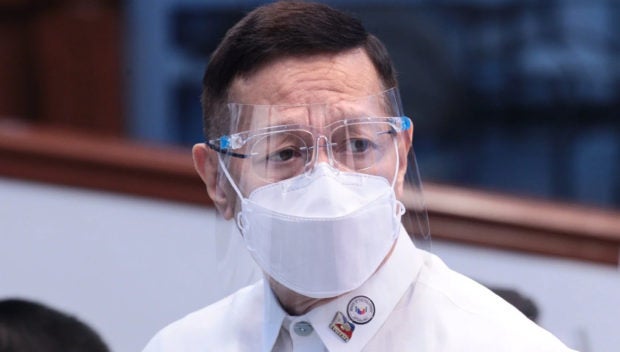 MANILA, Philippines — Health Secretary Francisco Duque III on Saturday said he will resign once the Department of Health’s (DOH) issues related to the audit report of the Commission on Audit (COA) are cleared.

Duque said he had only requested time to address all COA’s findings on the DOH, particularly the state auditor’s 2020 report which found deficiencies on the DOH’s handling and management of its P67.32-billion fund to combat the COVID-19 pandemic.

(My request was to be given time to clear the COA findings and observations and to implement our action plan on their recommendations and then I am leaving. They knew that was my position.)

(It’s a matter of time. That was what I asked for. I said I am stepping down… but give me and the DOH time to address all the COA observations and findings.)

Should his resignation push though, Duque said his being the Health Secretary during the COVID-19 pandemic will be one of his legacies.

he would resign “if the time comes when [he] will need to.”

Some groups and lawmakers have been calling for the resignation Duque, but President Rodrigo Duterte objected.

In his latest statement, however,