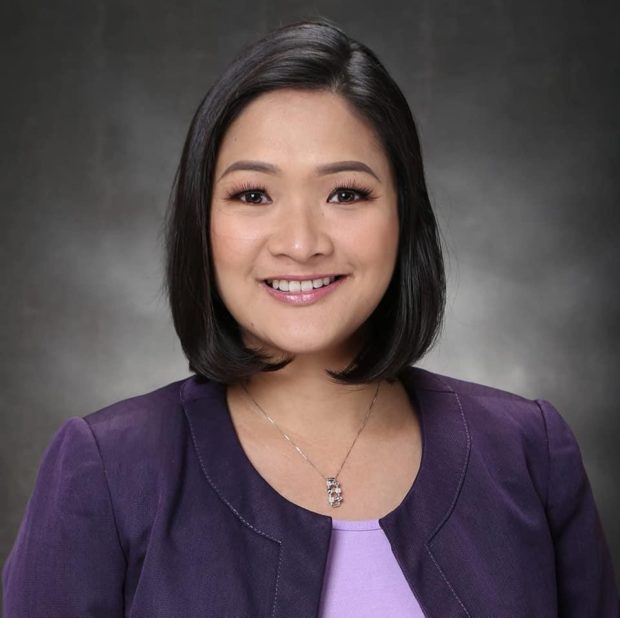 As the newly-elected university president through a unanimous vote, Dr. Carlos-Tria hopes to transform UdM into a “training ground for Manilenos to become globally competitive individuals.”

Dr. Carlos-Tria was previously an Accreditor of the Philippine Association of Colleges and Universities Commission on Accreditation (PACUCOA), formerly an assessor of the Philippine Quality Award, President of the Asian Federation of Student Leaders, and had worked as a reporter and segment producer for GMA News in 1999-2000 and RPN 9 News in 1998-1999.

“My aim and goal for UdM is to be not UdM just for Manilenos but for the Manilenos to move out. So it’s going be topnotch Manilenos for the country and for the world,” Dr. Carlos-Tria said.

“We will make sure to provide quality education so that our students will be globally competitive. It’s not just a training on competency in terms of the curriculum but including the soft skills,” she added.

Dr. Carlos-Tria said the students will be her “first priority” as they are the “heart of the university.”

As for the faculty, support in terms of training will be given in order to “deliver quality instruction to the students” amid the blended distance learning set-up.

“Together, we are going to make sure that UDM will make waves,” she added.

Tria extended her gratitude to Manila City Mayor Francisco “Isko Moreno” Domagoso and the whole City Council for its overflowing support to her election.

“The support is really overflowing. It’s something that we can really feel be it in terms of the budget and all other aspects in terms of passing of ordinances to make sure that we are recognized by the Commission of Higher Education,” she said.