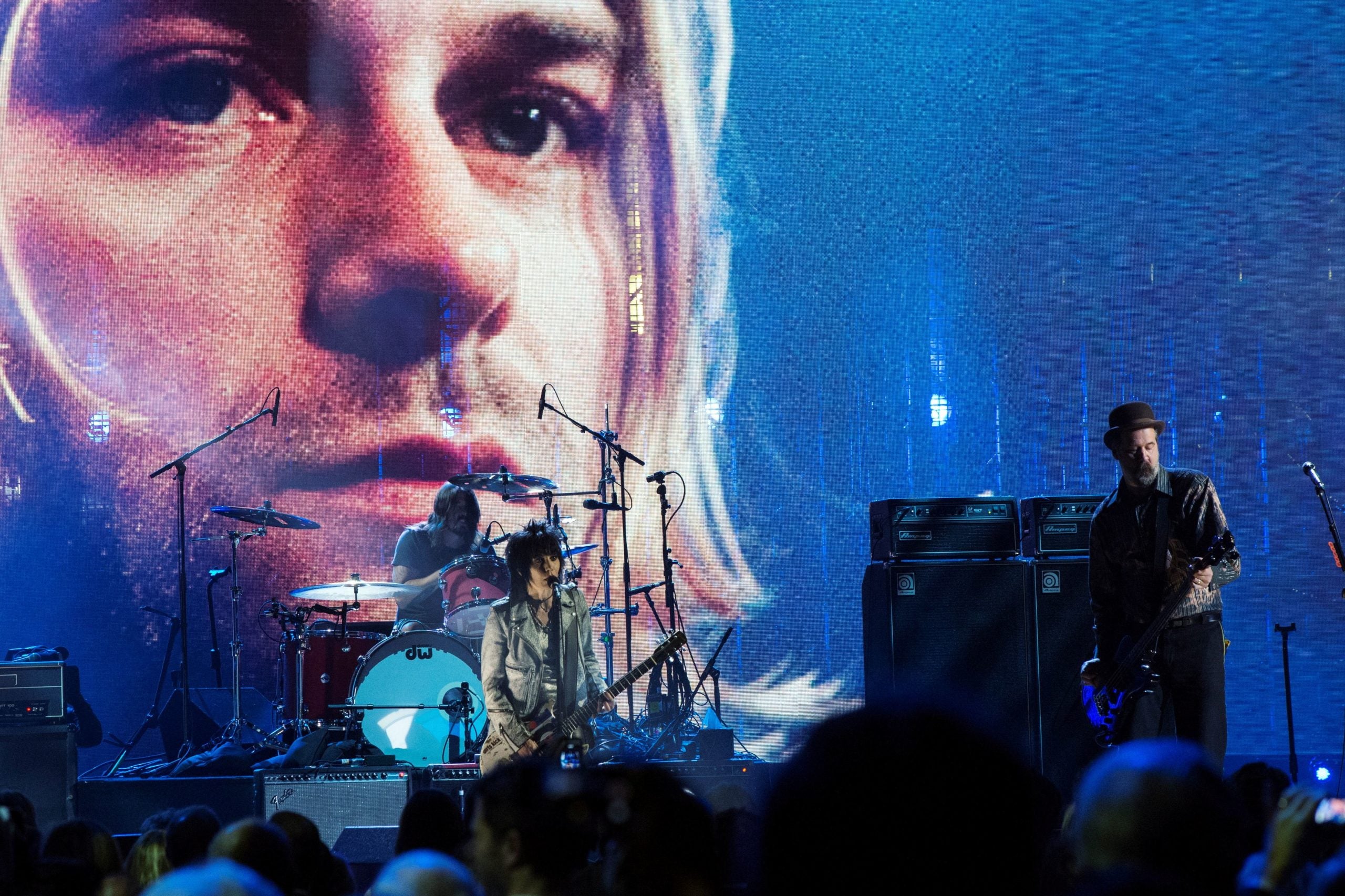 Joan Jett (C) performs with Dave Grohl and Krist Novoselic (R) of Nirvana after the band was inducted during the 29th annual Rock and Roll Hall of Fame Induction Ceremony at the Barclays Center in Brooklyn, New York April 11, 2014. (REUTERS/File Photo)

A man who appeared as a naked baby on the cover of Nirvana’s 1991 “Nevermind” album has filed a lawsuit against the surviving members of the influential band, alleging the image was child sexual exploitation.

In a lawsuit filed in federal court in California, Spencer Elden alleged he has suffered lifelong damages from the image used on the album’s cover, which depicted him swimming naked toward a dollar bill pierced with a fish hook.

“Nevermind” is one of the best-selling albums of all time, having sold over 30 million copies worldwide.

“Defendants intentionally commercially marketed Spencer’s child pornography and leveraged the shocking nature of his image to promote themselves and their music at his expense,” he alleged in the lawsuit, which was filed on Tuesday.

Universal Music Group, Weddle and a publicist for Love did not immediately respond to requests for comment.

According to the lawsuit, Elden’s parents never received any compensation for the image shot by Weddle, who was a friend of Elden’s father.

The lawsuit alleged Cobain initially agreed to have a sticker censor Elden’s genitals on the album cover, but no stickers were used.

Elden recreated the image as an adult in 2016, and has “Nevermind” tattooed on his chest.

Weddle told the Guardian in 2019 that he was still in contact with Elden.

Weddle told the publication: “I used to think, ‘Man, when that kid is 16 he’s gonna hate my guts!’ He doesn’t, but he’s conflicted about the picture. He feels that everybody made money off it and he didn’t. I think he deserves something. But it’s always the record labels that make the money.”