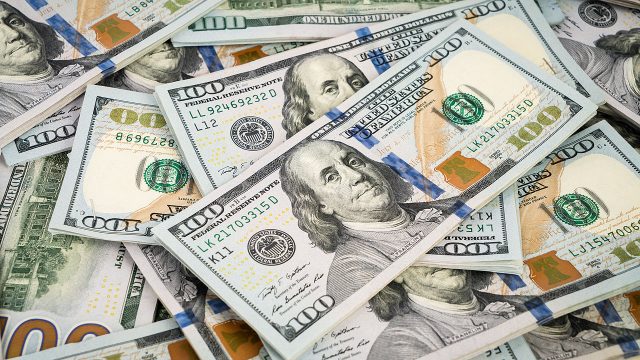 
ast Wednesday, the broadsheets reported that the Philippines will receive 1.958 billion Special Drawing Rights (SDRs) or around $2.777 billion from the International Monetary Fund (IMF). Member countries receive this support for financing measures to help them recover from the coronavirus pandemic.

The Fund derives its income from its lending program to any of its 190 member countries experiencing temporary balance of payments difficulty and in the process secure financial and monetary stability as well as facilitate international trade. In recent years, the Fund has also championed the cause of high employment and sustainable economic growth and poverty reduction around the world. The Fund also runs its own investment portfolio.


Providing additional reserves is imperative given the health pandemic’s corrosive impact on output and prices, as well as on jobs and income. Otherwise, it would be years before we could expect to recover our pre-pandemic levels of economic growth and quality of life. Economic scarring could be very deep and long lasting.


This is a big help to the Philippines.

With our current holding of 837.964 million SDRs, the Fund transfer brings our total holding to 2.795 billion SDRs or about $3.964 billion. This should be reflected shortly in our end-July gross international reserves (GIR) of $106.548 billion.

This increment to the GIR is technically the National Government’s (NG). Membership at the Fund is governmental even as the representation is done by the monetary authorities. While our membership subscription has always been advanced by the Bangko Sentral ng Pilipinas (BSP), NG would always write a noninterest bearing promissory note for settlement on maturity.

How do we expect this additional resource to be used by NG?

Globally, the Fund released $650 billion to its constituents, of which $275 billion went to emerging markets and developing countries. IMF Managing Director Kristalina Georgieva expressed hope that “the SDR allocation will provide additional liquidity to the global economic system — supplementing countries’ foreign exchange reserves and reducing their reliance on more expensive domestic or external debt.” The use is expected to be prudent and well-informed.


This means some $2.8 billion or P140 billion of the country’s budget is now covered by new money.


If this were to be used this year when P2 trillion is programmed for borrowing, NG could simply reduce its borrowing to about P1.86 trillion. Further exposure to the capital market is minimized while maintaining a pre-determined level of public spending for vaccines, medical supplies and facilities, infrastructure, and social services. Debt sustainability is an important component to ensure quicker bounce back.

Since SDRs cannot be used directly to pay off foreign debt principal or interest, NG could opt to request the BSP to exchange it for hard currency instead. If this is the mode of use, the reserves level will be constant because the SDR inflow will be matched by as much FX outflow. If the proceeds of the SDR support are to be used for domestic purposes, the BSP could exchange the SDR for pesos and increase the reserves level by $2.8 billion. However, P140 billion of domestic liquidity will be infused into the market. This is like reducing the required reserves ratio by a little less than 10% given the latest deposit liabilities level of around P1.5 trillion.

All up, this should be a big debt relief for the government.

For the budget deficits this year and the next, estimated to reach 9.3% and 7.5% of GDP, respectively, are simply enormous but necessary. It follows that the ratio of borrowings to GDP is also projected to balloon this year and the next to around 60% from only 39.6% in 2019 before the pandemic. In absolute terms, NG outstanding debt at end-December 2019 stood at P9.8 trillion but this rose to P11.2 trillion at end-June 2021. This level of debt could be another P2 trillion higher at end-2022 but with the SDR factor, could be lower by P140 billion.

But we expect both the deficit and its financing to remain rising.


There are continuing and additional demands on the budget. We need to procure more vaccines; equip our public hospitals with stronger facilities; hire more public personnel in the health sector, education, information technology; and lately, even in government audit. Infrastructure remains indispensable although the choice between infra and health should be skewed to life. We should know where to put the proceeds of our taxes and borrowings.

But Janet S. Cuenca of the Philippine Institute for Development Studies in December 2020, demonstrated the actual priority of the NG. With its declaration that its priority for 2021 is to “sustain and strengthen government efforts in responding to and recovering from the pandemic,” we would expect both the Department of Health and the Department of Social Welfare and Development would have ranked higher because they were servicing both health and social sectors in this time of pandemic. This year’s budget instead placed greater premium on maintenance of peace and order as well as national defense. The Department of the Interior and Local Government and Department of National Defense topped their counterparts in health and social services. In fact, this year’s budget allocated a significant amount to the National Task Force to End Local Communist Armed Conflict (better known as NTF-ELCAC) as part of the government’s recovery program to adapt to post-pandemic life. As far as we know, its budget for next year even exceeded the budget for the University of the Philippines.

Such budget dynamics should highlight the importance of what the fiscal authorities are trying to achieve for this government and its successor in 2022.

If the remaining tax bills under the Comprehensive Tax Reform Program are passed by Congress before the end of this year, the country will succeed in restoring the pre-pandemic budget deficit by 2025. These two bills are the Real Property Valuation and Assessment Reform Act and the Passive Income and Financial Intermediary Taxation. Both are expected to bring in more public revenues and mitigate the fiscal risk of unsustainable deficit and uncontrollable borrowings.

One can add that should the pandemic be neutralized by a more massive vaccine rollout, the possible administration of booster shots, sustained compliance with health protocols, economic recovery will be quicker. Business activities would be in full swing much earlier.

The battle in Congress is going to be uphill but it must be worth it. As Finance Secretary Sonny Dominguez clarified, “the government can bring down its deficit either by lowering the budget or raising more revenues.”

But there’s a catch.

The recent Commision on Audit findings on potential sources of corruption in public agencies would make the job of our economic managers rather difficult, if not impossible. The huge leakage in the national budget virtually defunds critical public spending and compels greater credit exposure. Anything that detracts from fiscal sustainability even for a few inches could take us many miles away from it.

The evidence is all around us.

What has been budgeted is either unused or misused. It has become ordinary to hear that hospitals, both private and public, are turning away patients because they are simply over the top. COVID-19 patients get their treatments in emergency rooms, along the sidewalk or along the driveway. In Cebu, hospitals are running out of capacity. Highlighting the sustained incidence of COVID-19, crematoriums are also fully booked not only in Laguna but also in Cebu. The

(government assistance) remains a dream for many impoverished Filipinos including the elderly.

It’s only a matter of time before we see more hospitals refusing to render medical services because PhilHealth continues to buy time before it reimburses hospital charges and advances. Massive protests and mass walkouts from health institutions are also great possibilities if the NG fails to pay salaries and special risk allowances on time. Health Secretary Francisco Duque’s suggested dialogue between PhilHealth and affected hospitals will never work unless money is made available. Not all hospitals, in the first place, commit fraud. It is incumbent upon PhilHealth to do due diligence but pay promptly. Otherwise, the health infrastructure could collapse. We can then kiss economic recovery goodbye.

The SDR support will be trivialized. Those fiscal efforts will be for nothing.

Diwa C. Guinigundo is the former Deputy Governor for the Monetary and Economics Sector, the Bangko Sentral ng Pilipinas (BSP). He served the BSP for 41 years. In 2001-2003, he was Alternate Executive Director at the International Monetary Fund in Washington, DC. He is the senior pastor of the Fullness of Christ International Ministries in Mandaluyong.