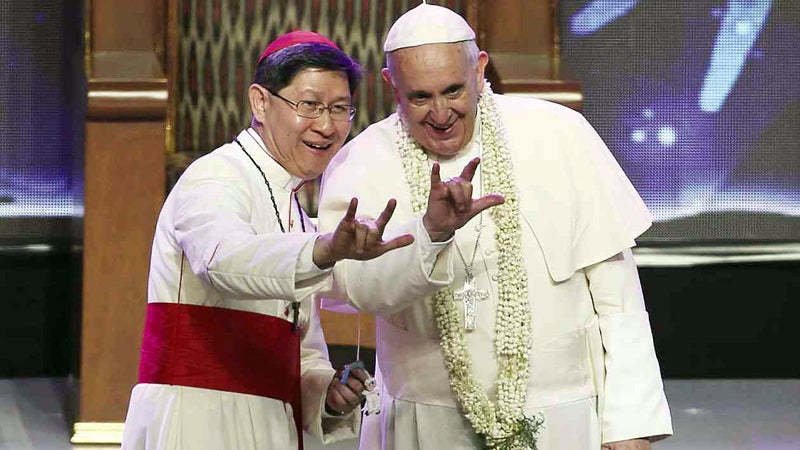 MANILA, Philippines — Cardinal Luis Antonio Tagle recently revealed that he was to officiate the Mass in the Vatican for the celebration of 500 years of Christianity in the Philippines back in March but Pope Francis “took it.”

Speaking at an online talk show “The Jesuit Hour” of the Jesuit Communications (Jescom) on Tuesday, Tagle shared how the March 14 Mass in the Vatican’s St. Peter’s Basilica for the quincentennial celebration ended up being presided by the Pope.

According to the cardinal, the original plan was for him to administer the holy event. But when the Pope found out that the Mass was for the Filipino community in Rome, Tagle said: “he took it.”

He then quoted Pope Francis as saying: “I want to acknowledge especially the contributions of poor Filipinos and overseas Filipino workers in different parts of the world.”

Last March 14, before a limited audience due to the pandemic, Pope Francis celebrated the Mass in the Vatican commemorating 500 years of Christianity in the Philippines.

He also urged Filipino Catholics to “(n)ever be afraid to proclaim the Gospel, to serve and to love.”

Tagle was in the country and scheduled to return to Rome next week, according to the Catholic Bishops’ Conference of the Philippines.