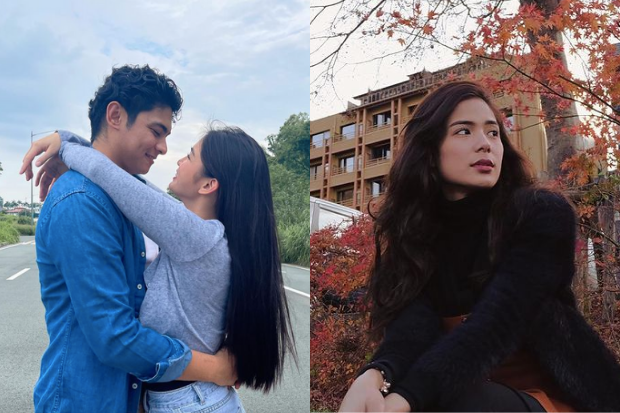 Kiko Estrada has insisted that he is not a cheater, amid allegations that he had maintained relationships with Devon Seron and Heaven Peralejo at the same time.

Estrada and Seron were together for two years and were rumored to have separated around last March, when the actor was being romantically linked to Peralejo, though she

being a third party. Estrada and Peralejo eventually

Fans speculated that Estrada’s relationships with Seron and Peralejo had overlapped, a controversy that he addressed in an interview with talent manager Ogie Diaz for the latter’s

The actor clarified the timeline of his relationships, saying he and Seron broke up last Valentine’s Day. He then denied that he and Peralejo were already dating when they were first linked in March.

“We were still not together at this point. We were just talking, trying to get to know each other,” he told Diaz, referring to Peralejo. “We were formed through the adversity, through the hardships. Through the issue, we became closer. I would never expect na magiging kami (we would be a couple) in any way.”

When asked which speculations hurt him the most, Estrada said being labeled a “cheater” and “third party” affected both him and Peralejo.

“I’m not a cheater. [Bashers say] Heaven is a third party, [but] she is not a third party. There’s nothing like that that happened,” he stressed.

Estrada admitted that his split with Seron was not a “good breakup,” but he and Seron, he claimed, remain “civil” toward each other.

“If you want to blame something on me, it’s just that I moved on fast,” he said.

Estrada said he and Seron talked with each other after their relationship ended, but he did not elaborate. For him, there is no need for further communication with Seron at this point.