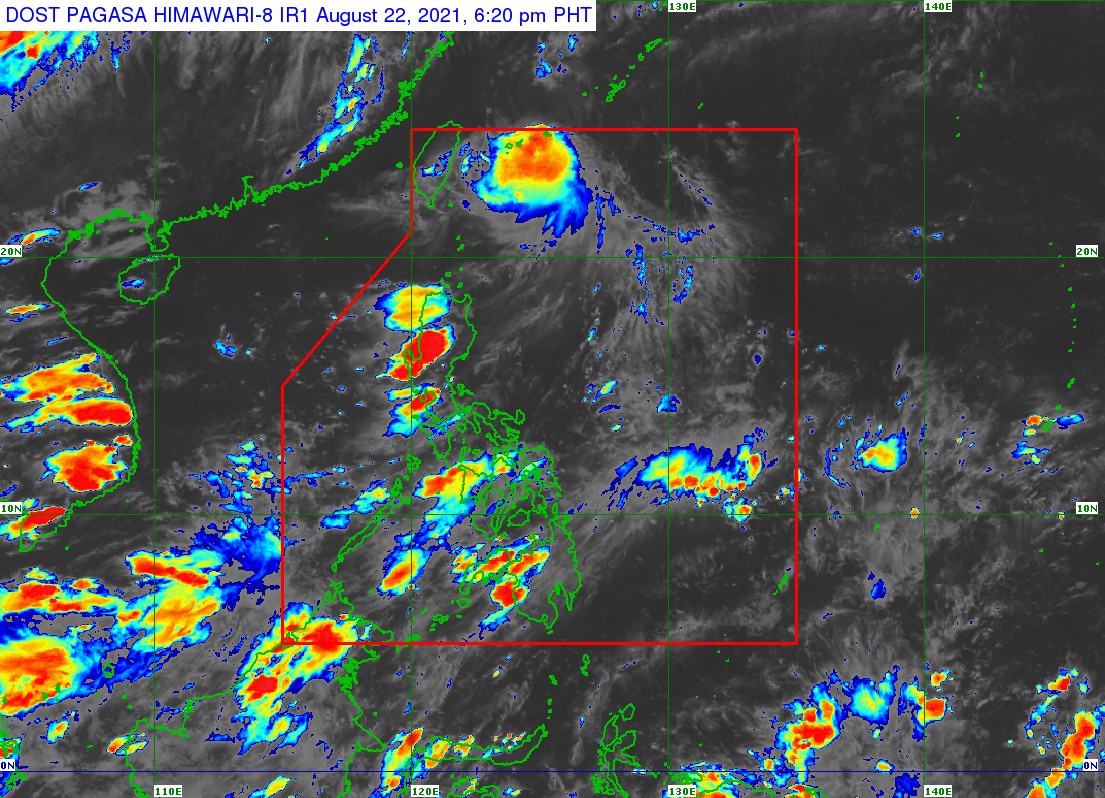 MANILA, Philippines — Severe Tropical Storm Isang weakened into a tropical storm as it exited the Philippine Area of Responsibility (PAR), however, the southwest monsoon or habagat is expected to bring rain in parts of Western Luzon, the Visayas, and Mindanao in the next 24 hours, the state weather bureau said.

Isang is currently moving northeast at 15 km per hour.

Meanwhile, the habagat, will bring rain over parts of Western Luzon, Visayas, and even Mindanao, but the rest of the country, including Metro Manila, will continue to experience hot and humid weather with a chance of scattered rain caused by thunderstorms in the afternoon and evening, said Perez.

(Expect cloudy skies, and scattered rain, over in Occidental Mindoro, Palawan, Western Visayas and even in the Zamboanga Peninsula.)

(While the rest of our country will experience hot and slightly humid weather, with rain and lightning caused by localized thunderstorms.)

Pagasa forecast temperature range in key cities/areas for the next 24 hours:

No gale warning is currently raised in the country’s coasts, but sailors and fishermen are reminded to stay wary in the western seaboards of Southern Luzon and Visayas due to the habagat.

(Because of the southwest monsoon, expect that the weather will also be cloudy, with rains, and a few lightning and thunder.)