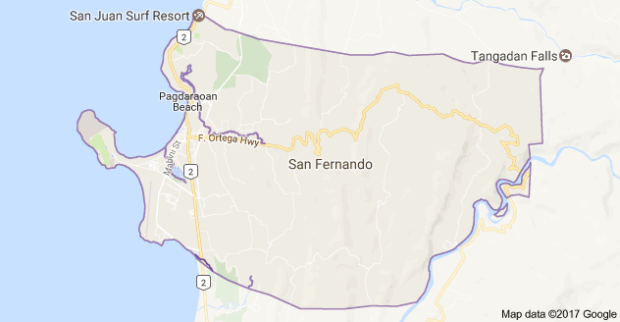 BAGUIO CITY — Police have arrested two suspects in the killing of a farmworker in Bacnotan town, La Union province.

They were arrested during a hot pursuit operation launched by the San Juan Municipal Police in La Union.

Their victim, identified as Cristito Morate, 49, sustained a gunshot wound to the head during the attack while he was at a farm in Barangay Ballogo on June 22.

Police said they managed to track the suspects through the footage from security cameras near the crime scene and the hotel where the two stayed for a month before the killing.

The two were arrested at a checkpoint in Barangay Lingsat, San Fernando City, also in La Union.

Seized from the suspects were high-powered firearms, ammunition, bullet vests, radios, cellphones, and a backpack.

A possible motive behind the killing has been established but the police have yet to disclose it.