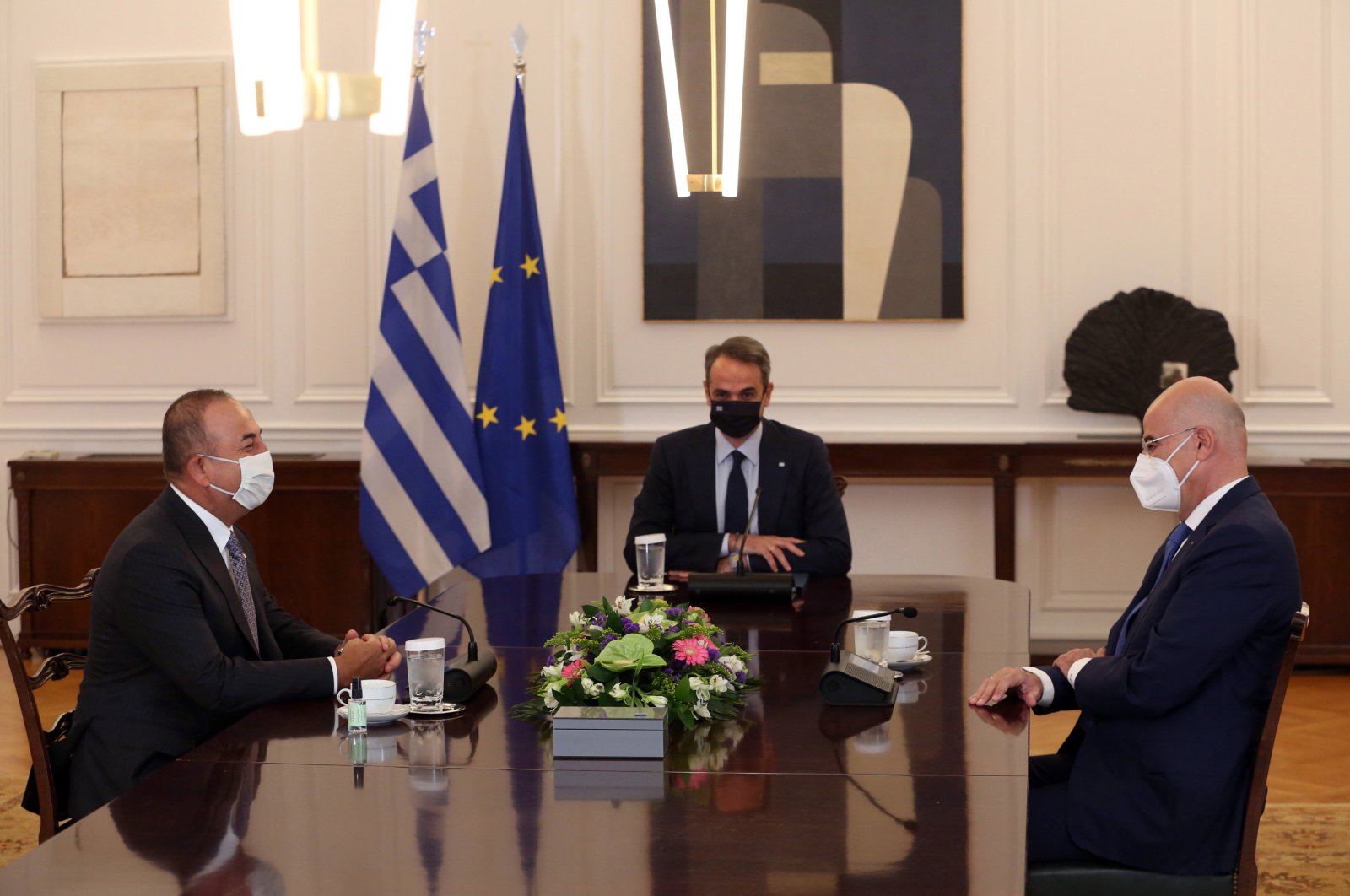 Greek Prime Minister Kyriakos Mitsotakis said that Greece and Turkey should continue with dialogue even if the two countries disagree on exact issues, emphasizing the potential for cooperation between the two sides.

“It is no secret that we have big differences with Turkey … We need to find a way to manage our differences without resorting to escalating tensions and to avoid what happened last summer. I think the way to do that is to agree on a framework,” Mitsotakis told France24 in an interview ahead of the NATO summit.

He added that the two countries need to find a way to solve issues through talks and manage disagreements in a civilized manner as they are “destined to live side by side.”

“And also there are other areas that we can cooperate with Turkey,” the Greek prime minister said.

Erdoğan also said on Monday that the revival of dialogue channels with Greece helped solve some bilateral problems between the NATO members, over which tensions flared last year.

Ankara and Athens have been at odds over several issues for years, from conflicting Mediterranean maritime claims to air space and migration. The allies came close to a confrontation last year, hurting ties between the European Union and Ankara.

“We believe that the revival of dialogue channels with our neighbor Greece contributes to solving problems and to regional stability,” Erdoğan told an event organized by the German Marshall Fund on the sidelines of a NATO summit in Brussels.

Mitsotakis is due to meet Monday with Erdoğan on the sidelines of the NATO summit in Brussels.

On Friday, Mitsotakis said Greece is willing to back the European Union’s “positive” agenda for relations with Turkey, signaling a further easing of tension between the neighboring countries.

“Of course, we are always open to a positive agenda but in a gradual, proportionate, and reversible way … provided that the current de-escalation is maintained and that Turkey participates constructively in the dialogue and respects the conditions set by the EU,” Mitsotakis said.

The two NATO allies have been at odds over decades-old issues, including the extent of air and maritime boundaries in the Aegean Sea and the future of the divided island of Cyprus. Turkey, which has the longest continental coastline in the Eastern Mediterranean, has rejected maritime boundary claims made by EU members Greece and the Greek Cypriot administration, stressing that these excessive claims violate the sovereign rights of both Turkey and the Turkish Republic of Northern Cyprus (TRNC). Both sides cite a range of decades-old treaties and international agreements to support their conflicting territorial claims.

After the escalation of tensions last year, the two have sought to gradually improve ties. Diplomats from the two countries have held two rounds of talks in recent months for the first time in five years, while the foreign ministers of Greece and Turkey also held reciprocal visits.