In this forum, celebrities recall some of their fondest memories with their fathers. They also shared with Inquirer Entertainment the role their fathers played in their decision to pursue a career in show . 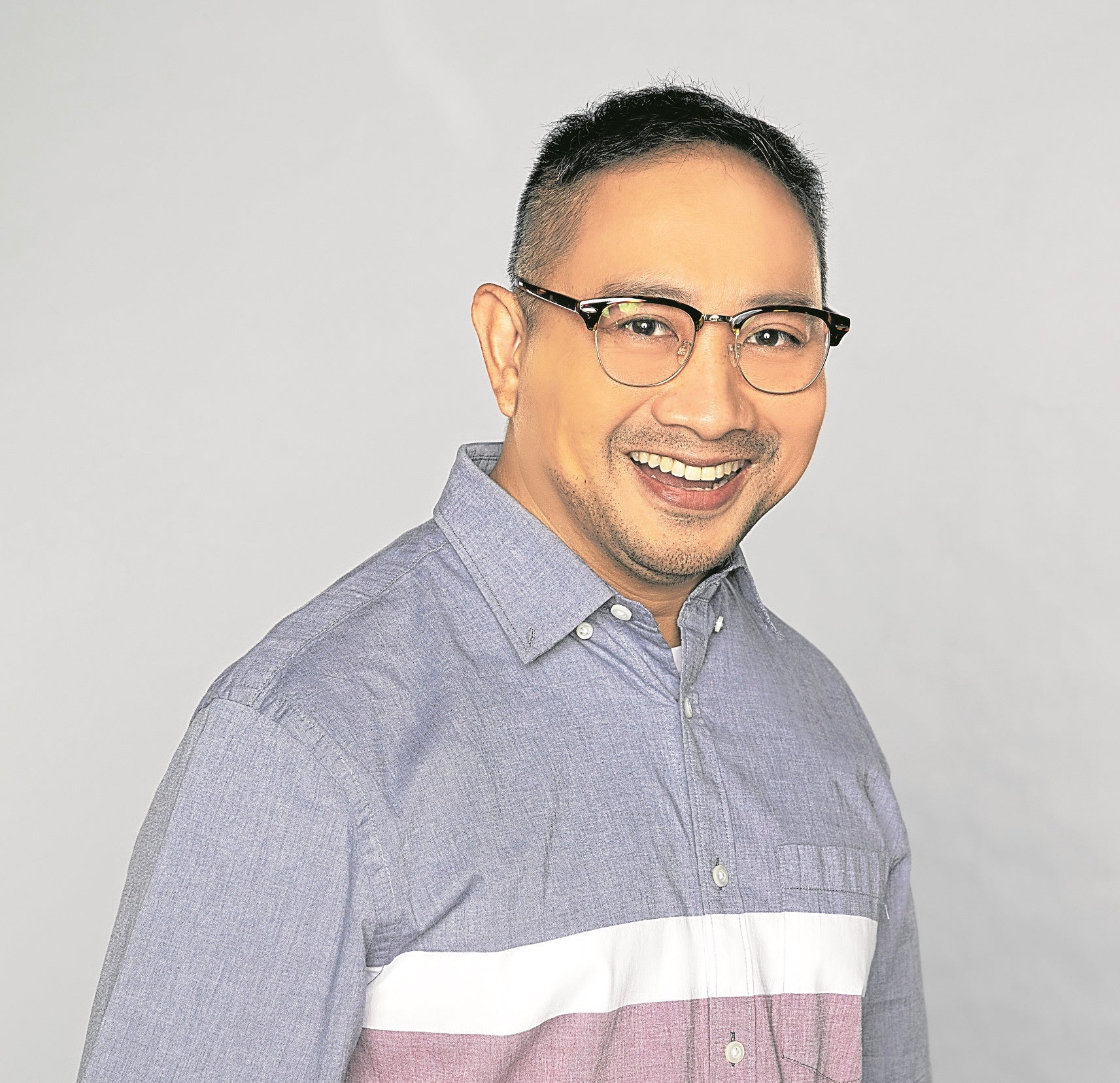 My father used to say that there are two types of people: “Mga manloloko at mga nagpapaloko.”

And then I ended up becoming an actor! When you’re in character, you’re pretending to be something or someone you’re not—that made me the manloloko! But then again, other artists inspired me to do this, so una muna akong naloko!

One of my favorite memories with my father was him teaching me how to ride a bicycle. Literally ang layo ng narating ko. I was able to go places far from our apartment, our tenement. I discovered various places and that’s when my dreams and horizons broadened. The more things you see, the more it broadens your mind.

So I made sure to teach my daughter how to ride a bicycle, as well. 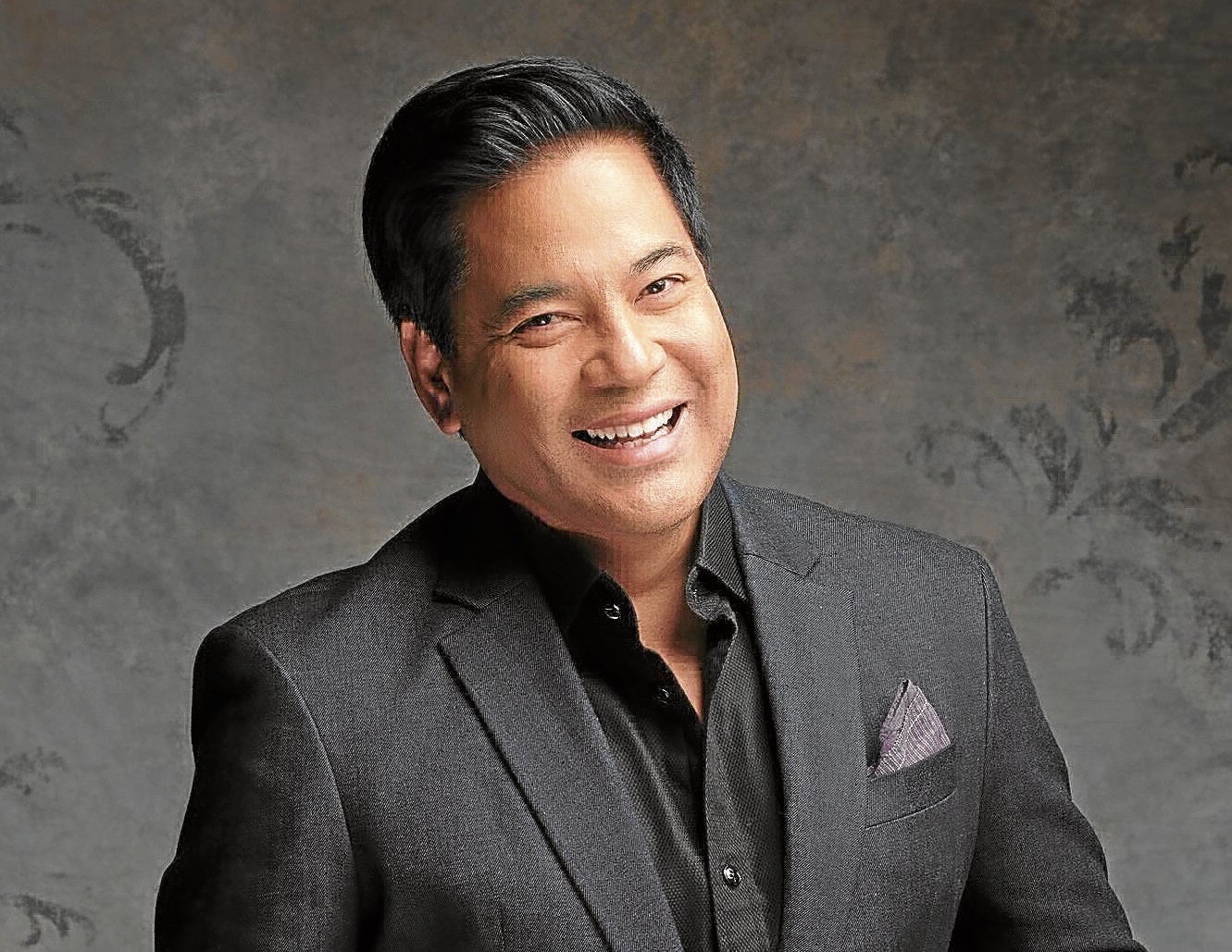 My dad was always hands-on and game for anything: He wore Santa Claus outfits during Christmas; he liked to play with kids.

If he were a carpenter or a plumber, I would have been a carpenter and a plumber. I followed everything he did.

He was very excited when I said I wanted to become a singer because he was waiting to see what his son was good at. I’m not good at sports, the women weren’t interested in me—I wasn’t a winner, OK! But my dad took my insecurities and mixed it with my dreams and added his influence. The dreams and magic we shared growing up, that’s what led to beautiful memories.

He taught me many lessons in life… I remember asking him for advice on where to look when you’re singing in front of a crowd of thousands. And he said that the best way to get the crowd to focus on you and what you’re singing, is to always look into the light. “It’s important that people see your eyes,” he said.

My dad passed away when I was 5, so I don’t have much memory of him. But I did have father figures growing up, like Kuya Germs (German Moreno), who taught me the importance of humility. He used to tell me to do what I want to do and aim for my goals—as long as I’m not stepping on other people.

I’m just really grateful that my father was my father. He wasn’t one to give advice or life lessons often, but even if he didn’t speak much, he made you feel his love. He didn’t initiate the conversations, but once you got him started there was no stopping him. He always joked around. And even if he tells the same stories, they’re still funny, because of him. I miss that.

I just wish we had more time together before he passed away earlier this year. (Manilyn lives in Manila and couldn’t immediately fly to Cebu, where his father was.) But I’m thankful, I was able to be with him in his final moments.

I know he’s watching over me. Thank you daddy and I love you!

My dad is reserved… He’s actually an affectionate person, but he has inhibitions when it comes to demonstrating his emotions. He loved all of us in the family. He’s a hardworking person. He’s also very honest to the point of being blunt.

I remember, back in the day, our house would be noisy every night, because he usually played the piano and taught us the songs he played. He’s the reason I love classical music; he was the one who introduced them to me. I love those memories.

When I was doing the drama series “Meant to Be,” there was a scene where I had to be in swimwear. I was choosing between a one-piece and a two-piece swimsuit. And my father said, “If you’re comfortable with the two-piece suit, then go for it. You have been working out, sayang naman!”

He’s cool and supportive that way. He doesn’t meddle in my life decisions. If anything, he always adjusts to help me with my plans.

I learned from him the value of having pakikisama and pakikipagkapwa-tao, which he’s very good at. He knows everyone in our hometown in Biñan, Laguna. Wherever he goes, people greet him. And he’s the same way when he accompanies me to taping. He knows everyone—the utility crew, technical staff, even the people maintaining the portalets. And when the show is over, he makes sure to give them last-day treats.

My dad didn’t want me to be in show biz at first.

There was a point where I had to choose between working and studying … One time, I decided to join “Popstar Kids” without him knowing; only my mother knew about it. My father learned about it eventually and was OK with it. But after the contest, which I didn’t win, he told me that maybe I should focus on studies first. And I worked hard in school.

But then an opportunity came from GMA 7 to record a song for “Dyesebel,” which was big. I thought that this could be a sign to try again. I didn’t want to give up something I haven’t given a shot yet. So I worked hard to juggle my studies and work, so I could earn a diploma. That’s one of the things I’m proud of.

And I have my father to thank for because he taught me the importance of hard work; that you have to focus on the things you want to do. He taught me to be patient and responsible. He taught me how to grow from my experiences in life, and to always be grateful for all the blessings you receive.

I’m a daddy’s girl. When he was still around, I made sure that I spent time with my daddy. Before the pandemic happened, we went out to eat and spent the whole day together with my siblings. I really, really missed him. 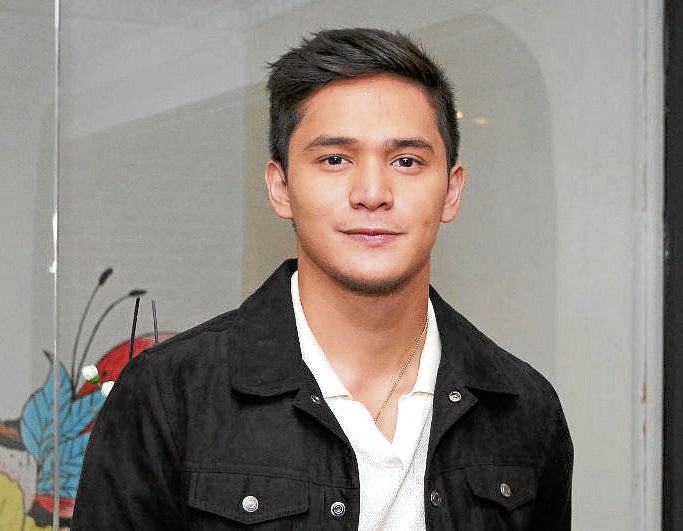 Yes, it’s important to be talented and to have something to show for. But he also reminded me that staying in this industry isn’t not just about talent, and that there are other things I have to work on like pakikisama. It’s always good to have people pushing you forward.

My father supported my dream of entering show biz. I started out as a singer and he went with me to different amateur singing contests. That was one thing that left a mark. I was an amateurista. We went from one town to another, entering contests. We slept on the streets while waiting for the results. That was our bonding.

He taught me the lesson of hard work and gave me the chance to discover what I really wanted for myself.

After finishing landscape architecture (UP Diliman), I did theater and some commercials. I joined a singing competition. And he saw that I was enjoying it.

But of course, as a father, he reminded me that I still have an education we paid for. So he told me that I had to make sure that, in two years, this path—whether theater or show biz—will be something I can make a living out of eventually. And I thought it was something responsible to say. I appreciated the challenge.

Thank God, things worked out. The fact that he gave me a chance to pursue something unrelated to my degree. I’m grateful I was given the chance to work hard for it.

My (Filipino-Chinese) father didn’t approve of my relationship with my (Filipino) wife at first. He’s very traditional. But he’s also a hero. What he did was no joke, because he raised me and my seven siblings, put a roof over our heads, and made sure we all had education. That’s the best thing he has given us, because education was the basis of the success we had, in addition to his training and support.

My father was very strict with me, so I’m quite the opposite with my children. I try not to be so strict. But my father always taught me the value of hard work. You have to work for the things you want to achieve in life. Nothing comes out of lying down and doing nothing. That’s what I try to ingrain in them.

My favorite memory with him was going to the beach on Sundays in Talisay, Cebu, and buying food, like lechon. Those were simple pleasures, but we treasure them, because my father was busy with work, and he wasn’t at home all the time.

I drowned a couple of times when I was a kid—once in a pool and a few times in the ocean, after slipping under a raft. Makulit ako noon. Those experiences didn’t faze me from being in the water, so my parents had to keep an eye on me. And every time that happened, my father was there to save me. I don’t know how, but he just was always there. I didn’t see him, but I would feel him pulling me out of the water. So those were memorable.

My father isn’t very vocal about his feelings. But he taught me to always be present for my kids. If your child needs something from you, drop what you’re doing if it’s not very important. They only get to be kids once, so you have to spend as much as you can with them. INQ