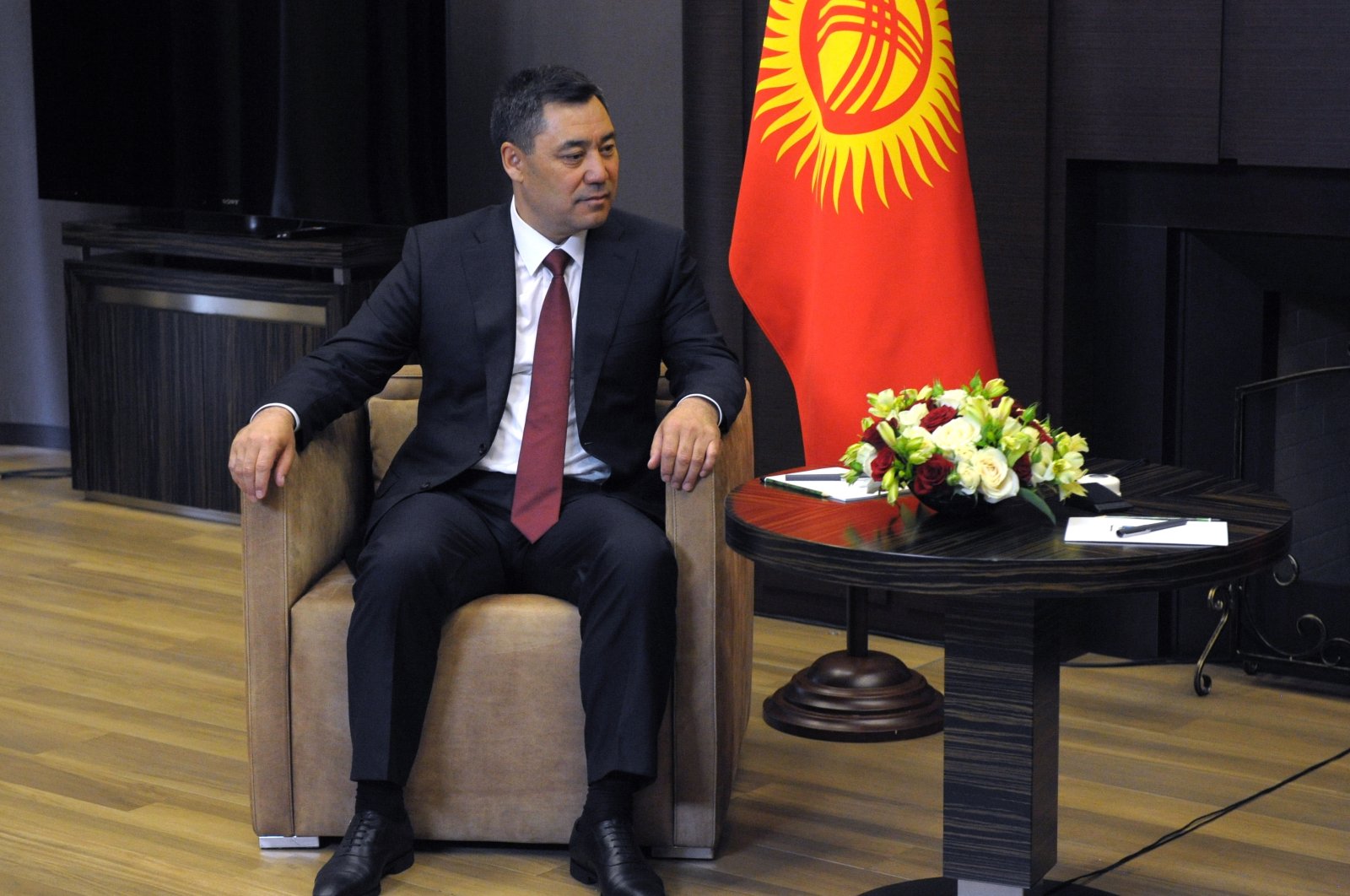 Sadyr Japarov, Kyrgyzstan’s president who took office at the beginning of this year, will meet Turkish President Recep Tayyip Erdoğan during his first official visit to Turkey on June 9-11, said Dastan Dusekeyev, foreign policy chief for the Kyrgyzstan Presidency.

The visit will herald a new era in relations between the two countries, the presidency said.

Dusekeyev said the two leaders will exchange views on current issues as well as bilateral and multilateral cooperation within the framework of the Turkic Council.

The fifth meeting of Kyrgyzstan and Turkey Strategic Cooperation High Council will be held with the participation of both presidents, Dusekeyev said.

He said the Kyrgyz president will also meet with Turkish Parliament Speaker Mustafa Şentop during his visit.

Japarov will also address businesspeople at the Kyrgyzstan-Turkey Business Forum and will meet with Kyrgyzstan citizens, students, and representatives of nongovernmental organizations (NGOs) operating in Ankara.

Kyrgyzstan’s fight against the coronavirus pandemic, armed tensions on the Kyrgyzstan-Tajikistan border in recent weeks and the rapid changes in Kyrgyz domestic politics make Japarov’s visit to Ankara more significant.

Turkey was the first country to recognize the independence of Kyrgyzstan on Dec. 16, 1991.

Diplomatic relations between two countries were established on Jan. 29, 1992. The embassies were reciprocally opened in Bishkek and Ankara in 1992.

The “Agreement on Eternal Friendship and Cooperation” was signed in 1997 by Turkey’s eighth president, Turgut Özal, and Kyrgyzstan’s first president, Askar Akayev.

Also, the two countries signed a joint statement on the “Establishment of the High-Level Strategic Cooperation Council” in 2012.

Turkey ranks first among the countries that provide developmental and social aid to Kyrgyzstan, especially through the state-run Turkish Cooperation and Coordination Agency (TIKA).

According to data from the Kyrgyzstan National Statistical Committee, Turkey ranks fourth among the countries that make most of the investments in Kyrgyzstan, following Russia, China and Kazakhstan.

Nearly 300 Turkish companies currently operate in the country and have a trade volume of more than $400 million (TL 3.44 billion).