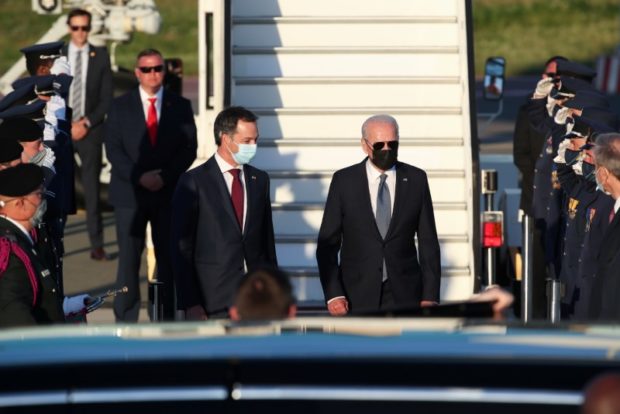 WASHINGTON  – The White House said on Sunday ahead of Monday’s NATO summit that alliance leaders would launch an “ambitious” set of initiatives to ensure it continues providing security through 2030 and beyond.

It said the 30 member countries would agree to revise NATO’s “Strategic Concept” to guide its “approach to the evolving strategic environment, which includes Russia’s aggressive policies and actions; challenges posed by the People’s Republic of China to our collective security, prosperity, and values; and transnational threats such as terrorism, cyber threats, and climate change.”

The White House statement said the new Strategic Concept would be prepared for adoption at the 2022 NATO Summit.

“Allied leaders will launch an ambitious set of initiatives to ensure NATO continues to provide security to our citizens through 2030 and beyond,” the statement added.

Reuters reported earlier that NATO’s Strategic Concept was expected to include China’s military rise as a challenge for the first time.

President Joe Biden arrived in Brussels on Sunday for the summit.

NATO leaders will endorse a new Cyber Defense Policy boosting coordination to ensure the alliance “is resilient against the increasingly frequent and severe threats … including disruptive ransomware attacks against critical infrastructure.”

The White House added that alliance members would rely on “trustworthy providers for next generation telecommunication networks.”

NATO leaders will also affirm steps to ensure the alliance’s “technological edge” and agree to a “Climate Security Action Plan, the White House said, including reducing greenhouse gases from military activities and installations.

Russia, climate change, Afghanistan and new technologies are among topics planned for discussion during the day-long summit, which will culminate in a special leaders’ session in the North Atlantic Council chamber.

In a twist of fate, the NATO summit will agree on reforms to the alliance, known as NATO 2030, which were set in motion after then-President Donald Trump questioned its relevance.

NATO Secretary-General Jens Stoltenberg will set out nine areas where NATO could modernize over the medium term, including more joint allied funding of military operations. France has already expressed concern about the proposal, however, fearing it will take money away from national military priorities.