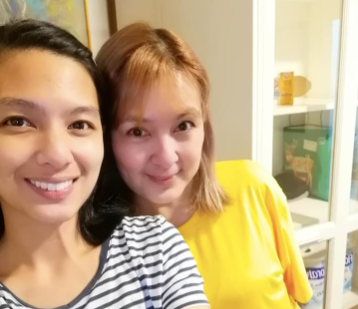 Jean Garcia may appear to have spoken up about her daughter Jennica Garcia’s breakup with actor Alwyn Uytingco, as she said it is time to “say goodbye” despite being in love.

In the wake of their split, Uytingco recently stated that “simple words” were not enough to describe how he feels about his estranged wife. He then reminded Jennica that he still loves her, a point that Jean may have addressed in a recent post.

“You can love someone with all your heart, but if they’re not going to be a good person for you, in your life, then it’s time to just say goodbye,” Jean declared through an art card on her Instagram page yesterday, June 12.

The veteran actress did not provide further explanation about the quote, but fans are speculating that this was related to Uytingco recently professing his love to Jennica.

Jennica has not yet publicly addressed Uytingco’s message as of this writing and neither of them has disclosed the reason behind their breakup.

After months of speculation, Jennica confirmed last month that she has indeed broken up with Uytingco. She has since moved to a new home with her children following the breakup but clarified that she did not split with Uytingco due to financial problems.

The two got married in 2014, after four years of being a couple. They have two children together, Athena and Severina. JB