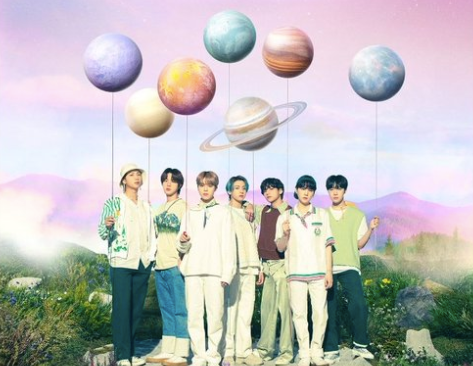 BTS fans are expressing their loving anticipation through social media as they await the start of the two-day celebration that the septet has in store for them.

The South Korean superstars have prepared an online concert to be held on June 13 and 14, to mark their eighth anniversary since their debut in 2013.

The concert is titled “Muster Sowoozoo”; “Sowoozoo” in Korean translates to “Mikrokosmos” and happens to be one of their songs.

The group is set to perform live in an outdoor stage, with the second day stage expected to be a “World Tour version,” due to the group’s desire to convey that the fans are with them.

ARMY, what BTS fans call themselves, from all around the world went to social media to share how they are getting ready for this online concert gift that the group has prepared for them. Here are some of their thoughts:

FUNS OVER! GO TO BED RIGHT NOW! WE GOT TO BE UP EARLY TOMORROW SO WE DON’T MISS MUSTER!

Now I’m fully into getting ready for Muster and celebrating our boys mode!

Next stop, getting batteries for my army bomb. pic.twitter.com/GfwiML8Hgy

Just got home from my local Korean market and gift shops and there were so many Army around doing the same. I felt so connected just being near others getting ready for tonight and I am 10000000x more excited than I was this morning! #bts #armyisfamily pic.twitter.com/xak7AFmlmS

Getting ready for tomorrow. 💜
Who’s excited? Too bad my ARMY bomb didn’t make it 🥺 But I’m sure it will still be fun and memorable 🥰 @BTS_twt #2021BTSFESTA pic.twitter.com/m943nQgfHD

.@BTS_twt the full version can be found here in Kenya,welcome 💜😌
🎶🎶Butter pic.twitter.com/oJcqQu4Gds

debating whether i should pull an all night or have a 2 hour nap before the muster concert pic.twitter.com/npEkhP6Msi