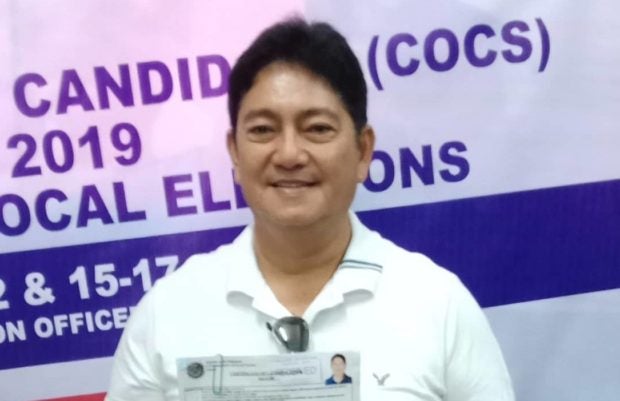 MANILA, Philippines — The van that Calbayog City Mayor Ronaldo Aquino and his aides used when they were killed had 293 entry bullet holes, the National Bureau of Investigation (NBI) investigation has revealed.

The beige Toyota Innova with plate number ZBM-392 which was used by police officers who trailed Aquino and eventually fought it out with the mayor’s security also sustained gunshots, a total of 97 bullet entry points and 88 exit points.

A white Toyota Hilux used by the operatives also got five bullet entry holes.  Another vehicle, a red Toyota Innova which was privately owned and was just caught between the exchange of bullets , sustained 11 gunshots.

The red Toyota Innova also contained the civilian casualty during the operation.

Earlier, the NBI said that nine police officers and several John and Jane Does should be charged with murder for the death of Aquino and his companions, plus the civilian caught in the crossfire.

The police officers who were recommended to face charges are:

“Respectfully forwarded for preliminary investigation are the results and records of the investigation conducted by agents/ investigators of the National Bureau of Investigation – Samar District Office,” NBI said in the letter forwarded to Prosecutor General Benedicto Malcontento.

Aquino was ambushed on March 8, while he was on the way to his son’s birthday party located at their private resort.  However, unknown to Aquino and his convoy, they were already being followed by a team from the local Philippine National Police (PNP) Integrity Monitoring and Enforcement Group (IMEG) and the Police Drug Enforcement Unit (PDEU).

The mayor brought a security detail with him — aboard an Isuzu Alterra — but they had to leave the convoy after they were instructed by Aquino to buy fish for his son’s birthday.

While initially said to be an ambush, police officers clarified that the incident was a shootout as Aquino and his group supposedly fought it out against operatives aboard the unmarked vehicles.

The incident sparked a Senate investigation into the case, wherein it was revealed by a police officer that they colluded with the slain mayor’s political rivals to kill Aquino’s close allies.

READ: Homicide raps filed vs cops in death of Calbayog mayor, others; mayor’s son charged for murder of cops