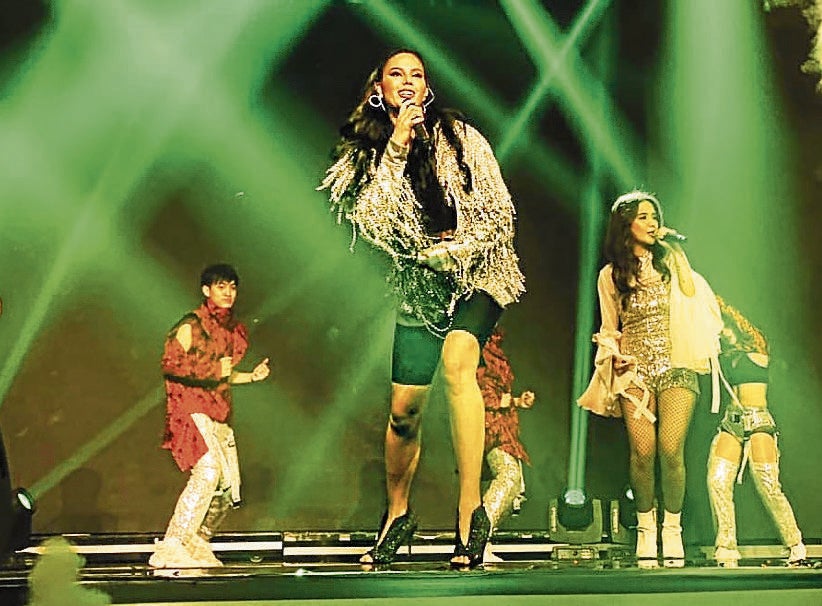 Catriona Gray isn’t closing her doors on the possibility of doing an acting project with her boyfriend, Sam Milby. But for now, the beauty queen “enjoys keeping our relationship quite private.”

“I will be open to it. It’s not that we’re opposed to working together. But I guess it would be different. It’s either marketing the relationship for a project or keeping it to ourselves,” she said in a virtual press conference for her recently released second single, “R.Y.F. (Raise Your Flag).”

Recording a song together, however, seems the more doable option for the couple, who confirmed their relationship a year ago. “Yeah, why not? He doesn’t sing as much these days, though. I’m such a fan of his voice in general,” Catriona said of Sam, who also dabbles in music. “Something acoustic would be wonderful. Sana love song!”

But if the opportunity to pursue acting eventually falls on her lap, the 2018 Miss Universe winner said she will probably feel at home with action. “I have a black belt in karate, from when I was younger. I would love to have the chance to do a fight scene!” she related. “That would be something nice to try, something I’m super open to doing.”

As for possible costars, Catriona said she’s not really in a position to be choosy. “I have no experience in acting whatsoever… So when it comes to working with different people, I won’t be picky because it’s going to be a learning experience, either way. And that’s what I will need as a newcomer in that kind of field.”

First recorded by KZ Tandingan in 2019, “R.Y.F.” (Star Music) is a “call to action” and “raise our voice for the collective benefit of others.” “The song’s message is about standing up for someone or something—that can be our fellowmen, rights, safety and well-being. Or it can be something as simple as looking after people in your community or your family,” she said. 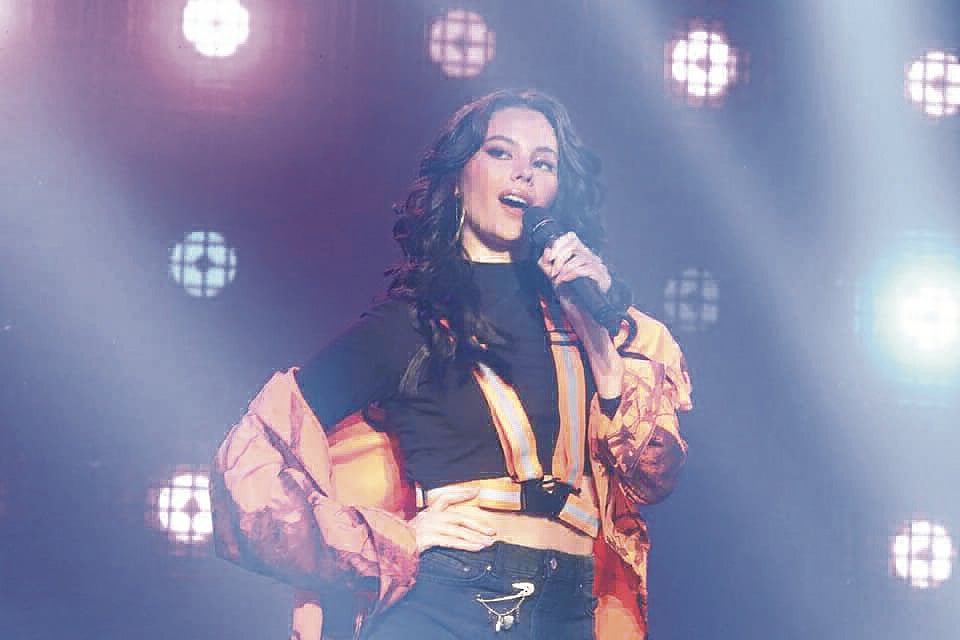 “Around the world people face different challenges. So it’s about trying to see how we can help someone even in the smallest of ways. I feel that’s the entire message of the song,” added the 27-year-old celebrity.

Catriona also loves “R.Y.F.’s” emphasis on dreams, and how the song reflects her journey in representing the Philippines in the world stage. “It reflects me and my struggles. Reaching your dream isn’t easy. But if you take things one step at a time and keep your internal compass, you will be headed in the right direction. And hopefully, people around you support you,” she said.

“I have always believed that if you have a certain ambition, something you’re drawn to, or a career path you want to follow, it’s not by chance—you have that dream in your heart for a reason,” added Catriona, who has been training and undergoing voice lessons since her Miss Universe reign ended in 2019.

Catriona has always loved music. She remembers singing around the house when she was a kid. In school, she joined choirs and a jazz band. She performed in musicals and recitals. But it wasn’t until she was 18 that she realized that singing is something she can actually be good at.

“The first time I recorded in a studio was when I did a song for Mother’s Day. I remember that moment I heard my voice come out of the speakers and I was like, ‘Is that me?’” she recalled.

‘Fitting start’And while she considers it a passion, singing, she admitted, still makes her nervous to this day. “It’s because I feel like such a newbie and that I need to prove myself in this space. I’m thankful I was given this platform, but there’s pressure to make the most out of that space. But I feel like recording ‘R.Y.F.’ is a fitting start,” said Catriona, who hopes to put out a full album next.

“It has been in my heart for the longest time. But of course a lot of things have been affected by the pandemic,” she added. “It’s hard, logistically. But I have been working on it silently. I hope to release it very soon.”

At first glance, singing and being a beauty queen are completely different worlds. But recently, she realized that the two actually share a common thread—“using your voice.”

“They’re very much similar, in some ways. They’re both about lending my voice to a message I personally believe in; a message that could contribute to the community, which has always been a goal of mine,” Catriona said. INQ