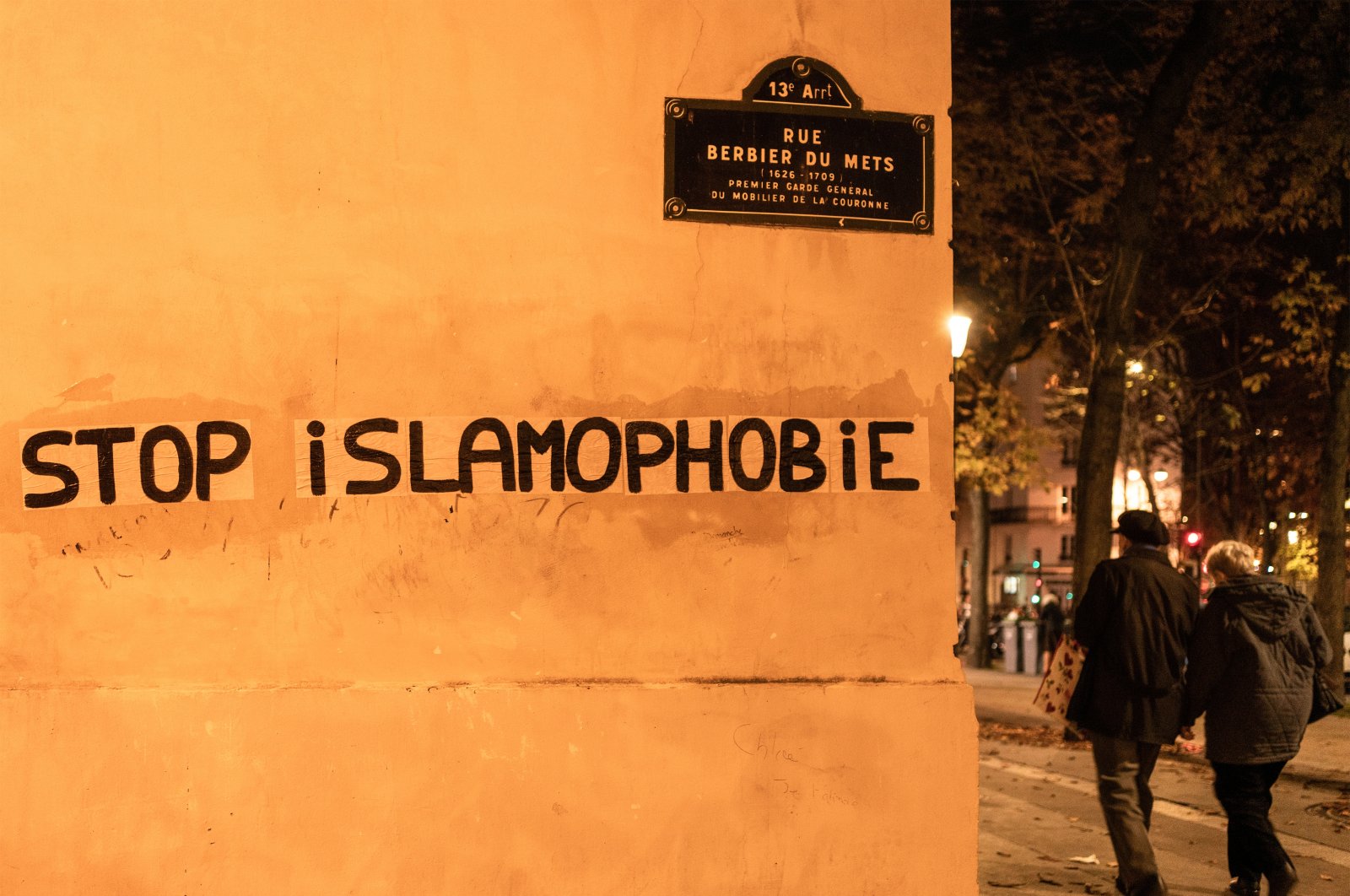 The anti-Muslim sentiment in Western societies has reached a level that cannot be ignored anymore, Turkey’s Deputy Foreign Minister Yavuz Selim Kıran said Thursday, underlining that it is a threat growing both structurally and systematically as the political atmosphere in Europe tries to normalize Islamophobia and racism.

The subcommission on rising racism and Islamophobia in Europe, which was formed under the Turkish Parliament’s Human Rights Committee, met Thursday under the chairpersonship of the ruling Justice and Development Party (AK Party) lawmaker Hakan Çavuşoğlu.

Speaking at the meeting, Kıran underlined the efforts to legitimize anti-Islam practices on legal grounds in Europe and said that it is a big mistake to consider or present racist, xenophobic and anti-Muslim attacks as individual acts.

The systematic and legal precedent that paves the way for violence and discrimination should not be ignored, he added.

Giving examples of anti-Muslim and xenophobic actions and attacks in Western countries, including France, Germany, Austria and Denmark, Kıran highlighted the fact that these attacks have a significant negative impact on Turkish and Muslim communities’ daily life and political, economic and social activities in Europe.

Expressing that Turkish citizens, who make up the majority of Muslims in many European countries, are directly affected by systematic discrimination and become their direct targets, Kıran said, “We can never let millions of our people suffer from Islamophobic and racist policies and attacks. Today, Islamophobia has reached a level that cannot be ignored. Rather than a periodic issue, we are facing a structurally and systematically growing threat.”

Kıran explained that hate speech against Muslims has gained an institutional and even legal identity, pointing to the fact that the individual and social lives of Muslims in Western European countries have been made the subject of special legal regulations and a discriminatory and restrictive area has been created specifically for Muslims.

Explaining that the political climate attempts to normalize Islamophobia and racism, the hate speech targeting Muslims from the mainstream press to social media, from school desks to television screens is accepted as normal there is no reaction Kıran said, adding that it is even seen as strange to react. The fundamental rights and freedoms of Muslims have been made the subject of political polemics, he stated.

Stressing that today, Western Europe has turned into a geography where Islamophobia has taken politics hostage, Kıran said: “Recently, many European countries are trying to create an artificial European Islam. This European Islam is trying to be localized according to the countries. Every country is trying to put it on a legal and institutional basis with its own interpretation of Islam, just like the Islam of Belgium and the Islam of Germany. In the words of our president, European countries are in a race to shape Islam with their own dispositions.”

Racist attacks targeting Muslims or immigrants increasingly make the headlines as white supremacists become more efficient in an age where their ideals, or at least parts of them, are becoming mainstream. There is no single large group orchestrating these attacks against Muslims and immigrants. Rather, individual attacks lead to more copycat attacks. The tolerant political climate under the pretext of freedom of speech has helped far-right sympathizers with violent tendencies expand their support.

President Recep Tayyip Erdoğan recently warned against the rise of Islamophobia and anti-Muslim sentiment in Western countries as he warned that states are now openly embracing far-right and Islamophobic political movements and anti-Muslim policies.

Turkish officials have frequently urged European decision-makers and politicians to take a stance against racism and other types of discrimination that have threatened the lives of millions of people living within the bloc’s borders.

Turkey will prepare annual reports on acts of Islamophobia and racism in other countries, Foreign Minister Mevlüt Çavuşoğlu said earlier this year. Erdoğan last month once again reiterated that Islamophobia has turned into one of the instruments used by Western politicians to hide their failures.

The rising trend of Islamophobia, racism and xenophobia have been plaguing the Turkish community living in Western countries, particularly in Europe.

Germany, for instance, has been recording Islamophobic crimes separately since 2017. In 2018, there were 910 incidents, including 48 attacks on mosques alone, a little lower than in 2017 with 1,095 crimes. In 2019, some 871 attacks targeted the Muslim community in Germany, while the 2020 data has not been announced yet.

Every other day throughout the course of 2019, a mosque, an Islamic institution or a religious representative in Germany was targeted in anti-Muslim attacks. More than 90% of these were attributed to politically motivated crimes by the far-right.

Germany is home to 81 million people and the second-largest Muslim population in Western Europe after France. Of the country’s nearly 4.7 million Muslims, at least 3 million are of Turkish descent.

Islamophobia is being disguised as secularism in France, a French opposition leader had said in criticism of the Emmanuel Macron-led government, which has recently come under fire for policies against French Muslims and just passed into law an anti-hijab bill.

Most recently, Austria has been ratcheting up its persecution of Muslims and continues to promote a highly controversial and dangerous “Islam map” that shows key points of interest related to the country’s Muslim community. Muslims across Austria feel threatened by the publication of addresses and other details in the map amid growing Islamophobia in Austria, especially after a deadly attack in Vienna last November.

The Islamic Religious Community in Austria (IGGOE), which represents the interests of roughly 800,000 Muslims in Austria, warned against stigmatizing Muslims living in the country “as a potential danger to society and the democratic legal order in the country.”