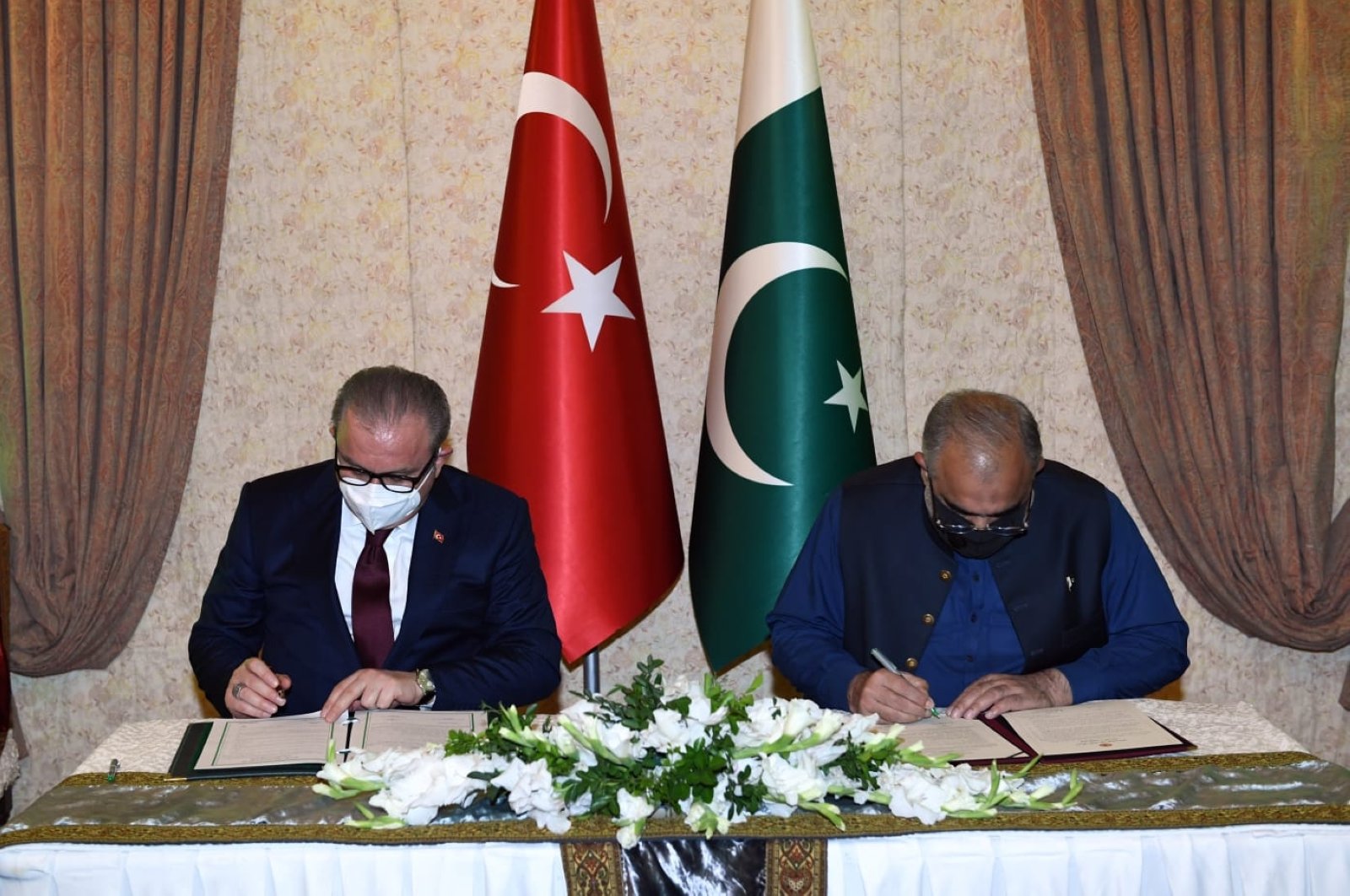 Turkey and Pakistan on Tuesday signed a protocol to improve interparliamentary relations between the two countries during Turkish Parliament Speaker Mustafa Şentop’s official visit to the country.

The protocol was signed in Pakistan’s capital Islamabad on the sidelines of the second General Conference of the Parliamentary Assembly of Economic Cooperation Organization (PAECO) by Şentop and Asad Qaiser, the speaker of Pakistan’s National Assembly, the lower house of parliament, said a statement by the office of the National Assembly speaker.

According to the protocol, the two parliaments agreed in principle to exchange information and views on matters related to bilateral relations as well as on regional and international matters.

Strengthening the interparliamentary friendship groups of Pakistan and Turkey is also part of the protocol.

The protocol will come into effect on the date of its signature and remain in force for an indefinite period of time unless terminated by either parliament, the statement added.

Qaiser thanked Ankara for its invariable support to Islamabad on all the regional and international forums.

Talking to his Pakistani counterpart, Şentop said that exploring possibilities of mutual cooperation in regional states is imperative for progress and prosperity.

He added that Turkey prioritizes the Cyprus, Palestine and Kashmir issues and would always extend its diplomatic and moral support for their peaceful resolution.

Emphasizing that Turkey stands by the nation of Kashmir as always, Şentop said: “Turkey wants the Kashmir issue to be resolved through dialogue between Pakistan and India, on the basis of relevant U.N. resolutions and considering the expectations of our Kashmiri brothers.”

The Pakistani president on Tuesday also said his country highly values its ties with Turkey as both the nations enjoy excellent relations, according to an official statement.

Speaking with Şentop at the president’s house in Islamabad, Arif Alvi said relations between Pakistan and Turkey are based on religious and cultural linkages as well as on unanimity of views on regional and international issues.

Welcoming the speaker, the president said bilateral relations have been institutionalized in the form of the High-Level Strategic Cooperation Council.

Recalling the visit of Turkish President Recep Tayyip Erdoğan to Islamabad in February 2020, Alvi said it was a manifestation of a joint desire to transform bilateral relations into a strategic partnership.

He underscored the need for enhanced political and economic cooperation for the two sides’ mutual benefit.

Expressing his gratitude to Turkey for its steadfast support of Kashmir, the president said the people of Pakistan are highly grateful to the leadership of Turkey for supporting Pakistan’s principled stance on the disputed region on international forums.

He also acknowledged that Turkey has been at the forefront of global efforts to fight the COVID-19 pandemic by providing assistance to countries, including Pakistan.

Referring to the Turkish president’s address at the U.N. General Assembly and the joint session of the Pakistani Parliament where he raised his voice in support of the Kashmiri people, Şentop said his country would continue to support Pakistan’s stance on Kashmir.