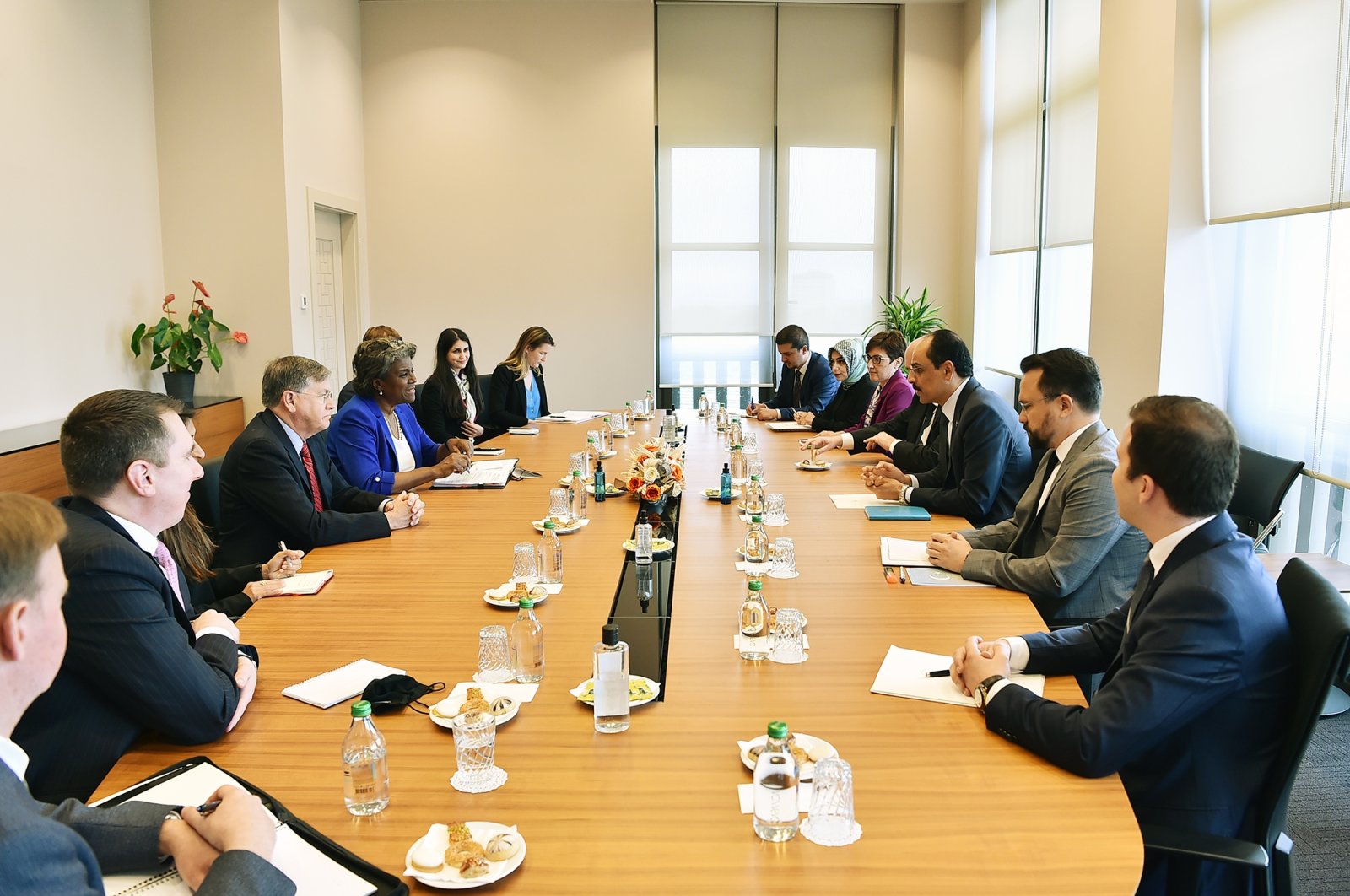 Turkey’s Ambassador to the U.N. Feridun Sinirlioğlu and U.S. Ambassador in Ankara David Satterfield attended the meeting held in the capital, according to a press release.

Kalın highlighted the necessity of supporting Constitutional Committee efforts to achieve a political solution in Syria and ensuring a free and fair atmosphere for elections. He also touched upon the importance of joint cooperation against terrorist groups in the region.

Regarding the issue of migration, Kalın noted that another migration wave would create greater humanitarian crises and instability in the region, especially in Idlib.

The presidential spokesperson also noted that work needs to be done to remove obstacles on the Turkey-Syria border to transfer aid through the U.N.

Touching upon the issue of Palestine, Kalın said a two-state solution and the protection of Palestinians’ rights were necessary and that the international community and the U.N. need to play a more active role in this regard.

Both sides also agreed to maintain diplomatic cooperation under the framework of the U.N. on regional issues, including the crises in Libya, Iraq and Afghanistan and speed up the peace process in Afghanistan.

The U.S. envoy’s visit came ahead of the July 10 expiration of the U.N. Security Council mandate for humanitarian aid deliveries, now reduced from four initial international crossing points to a single border crossing from Turkey to Syria’s opposition-held northwest at the insistence of Russia, the Syrian regime’s closest ally.