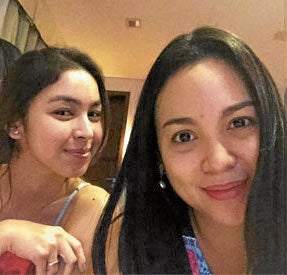 She may not be on the best of terms with Julia Barretto at the moment, but Claudine Barretto remains protective of her niece, defending her from bashers scrutinizing her personal life and anticipating her career’s downfall.

“Meron akong sama ng loob kay Julia, everyone knows that… And the things being written about her are quite negative, but at the end of the day, she’s still my niece. I don’t believe that her career is on its way down,” Claudine related in a recent story conference for Viva Films’ “Deception,” her upcoming reunion movie with ex-boyfriend Mark Anthony Fernandez.

Something she can relate to

Julia continues to draw flak from bashers because of the four-pronged issue involving her and boyfriend, Gerald Anderson, and their respective exes, Joshua Garcia and Bea Alonzo. More recently, social media users called out Julia for something as trivial as allegedly lying in a vlog that she has never eaten isaw before.

Julia’s situation is something Claudine can relate to. “That has happened to me, too, especially during my rebellious days,” said the actor whose misunderstanding with Julia stems from the convoluted Barretto family feud: Claudine claimed that Julia hurt her physically and verbally amid the bedlam that erupted during the Barretto patriarch’s wake in 2019.

Nonetheless, Claudine has faith in Julia’s talent. “She just needs a good project. She has the Barretto blood—she’s good. She also has her father, Dennis Padilla’s, blood,” she said.

“She’s just not given the right projects. It’s just that there are so many of them [young stars] right now—there’s JaDine, KathNiel, LizQuen. So we’re just waiting.” INQ