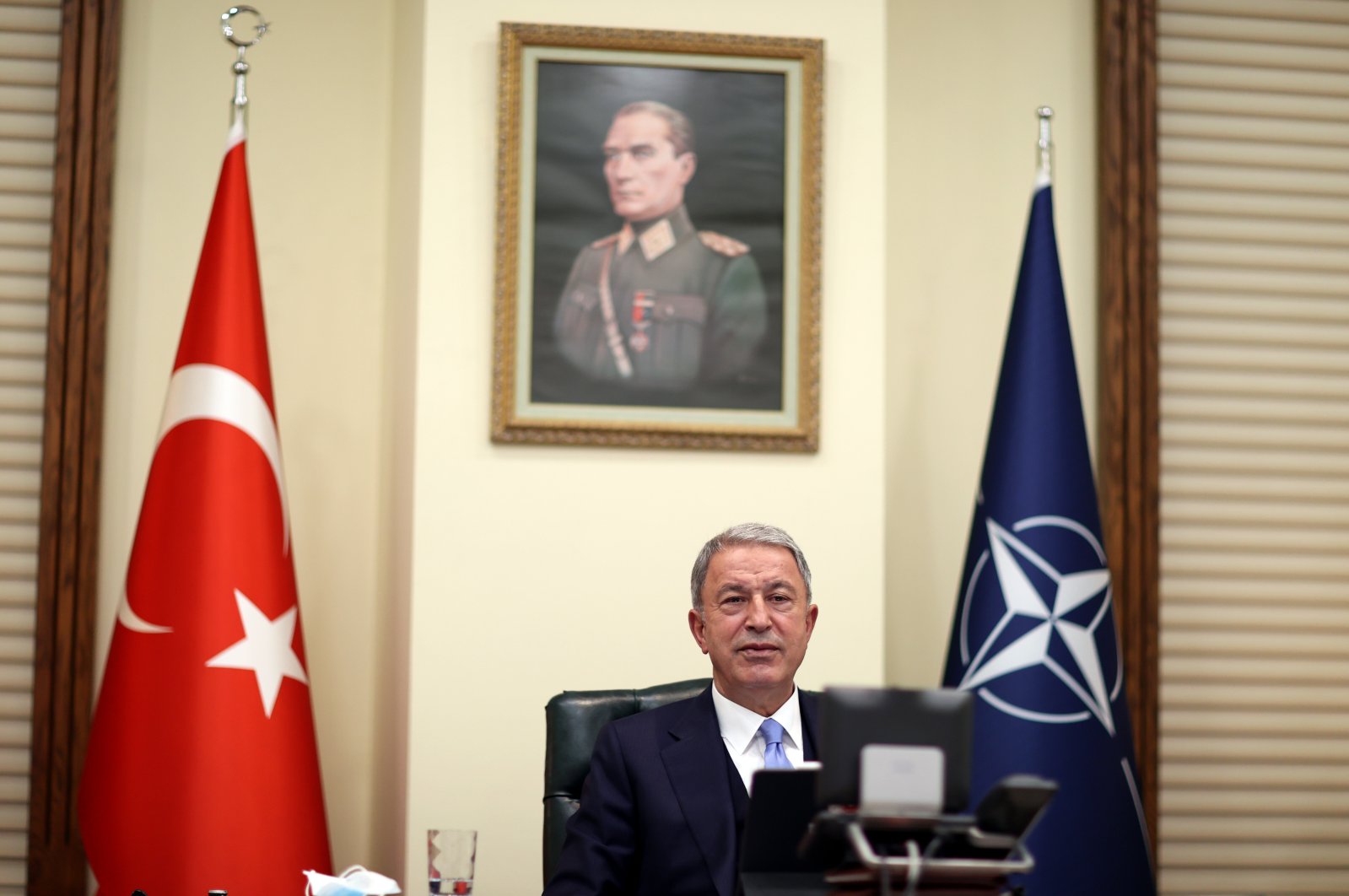 Turkey continues to make contributions to NATO missions while maintaining its fight against terrorist groups south of Europe, including Daesh and the YPG/PKK, Defense Minister Hulusi Akar said Tuesday.

According to a statement by the Defense Ministry, Akar, along with 30 other NATO defense ministers exchanged views during a single-session meeting in which the participants tackled NATO’s 2023 progress and developments in Afghanistan.

Akar told his counterparts that Turkey is responsible for NATO’s Very High Readiness Joint Task Force (VJTF) in 2021 in case a crisis emerges, and it has always done its part in the STEADFAST DEFENDER-21 NATO drills.

“In addition to its existing contributions to NATO, Turkey has further contributed to NATO Air Policing and regional security flights together with its land, naval and air elements along with the utilization of its cyber capabilities,” the statement read.

As for the developments in Afghanistan, Akar “cautioned that support from NATO and the individual support from its allies must continue,” otherwise there is the risk of losing all progress already made.

NATO, founded in 1949 to contain a military threat from the Soviet Union, relies on U.S. military superiority to combat a host of threats on Europe’s borders, including a resurgent, nuclear-armed Russia and militant attacks. NATO also aims to guarantee the freedom and security of its members through political and military means.

Turkey joined the military alliance along with 28 North American and European countries in 1952 as it saw NATO membership as something that would make a positive contribution to the country’s economic, military and political development. Since then, Turkey has been a vital ally, providing NATO a connection to the East and control of Turkey’s straits. Turkey attaches utmost importance to NATO’s role in maintaining security and stability in the Euro-Atlantic area.