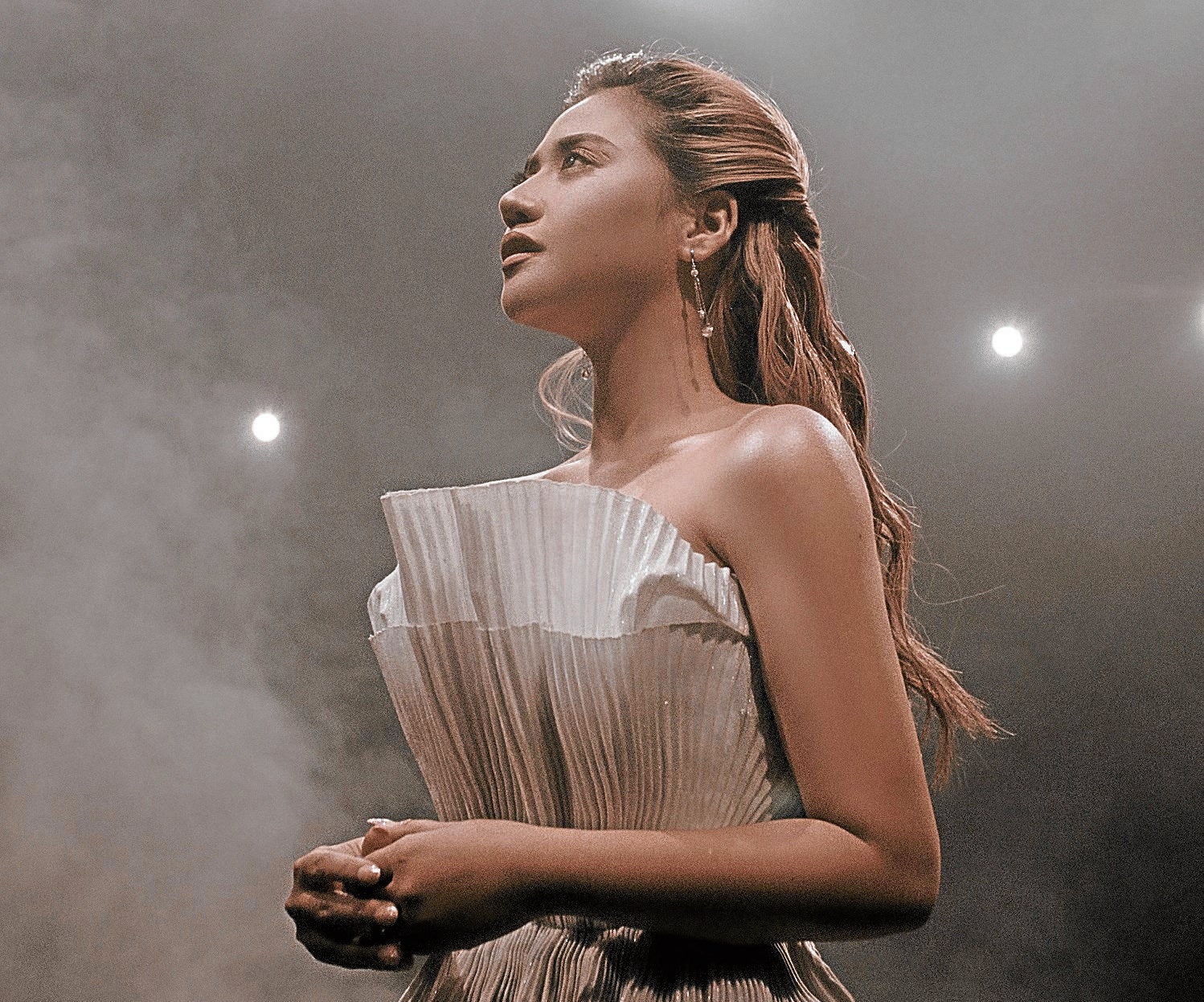 One thing Morissette Amon looks forward to about married life is the spontaneity of being able to make music with her fiancé, Dave Lamar, the moment inspiration strikes.

“I’m so excited because there are so many possibilities … There are so many things we can do once we’re staying in one place. I’m excited for the day when I have bursts of creativity and he’s just there to play [my ideas] right away on the guitar or piano—we can automatically work on them,” she said in a virtual conference for her version of the Trina Belamide hit song “Shine,” which is celebrating its 25th anniversary this year.

Dave, whom Morissette first met nine years ago, is a singer-songwriter and filmmaker. He also helps to coproduce, shoot, edit and mix Morissette’s online content.

“Right now, what happens is that we throw files back and forth over the internet. And that takes some time,” she pointed out. “I’m looking forward to the day when we can just be creative whenever we want; when we no longer have to wait until our next meeting.”

Nothing’s set in stone yet as far as wedding plans are concerned. Dave has relatives in the United States, Morissette related, and the couple is still unsure if they can fly to the Philippines given COVID-19 restrictions. “We’re working on that. We have yet to commit a time for that. But hopefully, we get there,” she said.

“Shine,” Trina’s entry to the 1996 Metropop, was supposed to be interpreted by Ima Castro in the songwriting contest’s grand finals. But due to unforeseen events, Ima was unable to make it and had to be replaced by Sweet Plantado just a few days before the contest. It wasn’t until 2005, however, that the song became a hit when Regine Velasquez recorded it for an advertisement.

“I have been listening to a lot of gospel and R&B, and with this arrangement, I hope it appeals not only to Filipino audiences, but to people all over the world. The internet is limitless and we have different platforms now,” she said.

Trina originally intended “Shine” as a “positive” and “bright” ballad that celebrates a love that “brings out the best in you.” But the beauty of music is that different listeners can have different interpretations. For Morissette, “Shine” felt almost like a praise song.

“When I was recording it, I found myself always pointing up. I think the inclusion of the choir track had something to do with it. When I was singing it, I treated it like a praise song. I’m reminded that despite the pandemic and all the struggles I have been through lately, it’s a little miracle and achievement that we can still go through each day,” she said.

She also believes that many of the things she has achieved in her career was God’s will. “Growing up as a singer, there were lots of instances and special moments that would have only been possible through Him,” she said. “It’s a thank you to the Lord for His love and light, and my family and fans for their unending support.”

“Shine” has always been special for Morissette way before she was tapped for its 25th anniversary. One of her most memorable experiences with the song, she recalled, was performing it live in front of Regine, one of her idols.

“It was a gala event and Miss Reg was one of the attendees. I was shaking because she’s my super idol. I was about to perform in front of her and she was taking videos … Now I’m always grateful for her support and our chikahan,” she recalled. “I also sang this in singing contests. I have so many memories with the song.”

Morissette is marking her 10th year in show biz this year. And her goal is to expand her expertise beyond singing and be more involved in the creative process of her music.

“I’m at a point where I want to grow more as an artist. I want to write and produce music. And I’m thankful because my fiancé has been helping me. Now that there are no live shows and corporate events, I have more time to be alone with my thoughts—no more excuses that I’m busy, that there’s no time,” she said. “It must be nice to do a concert where your lineup is composed of all your original songs.” INQ