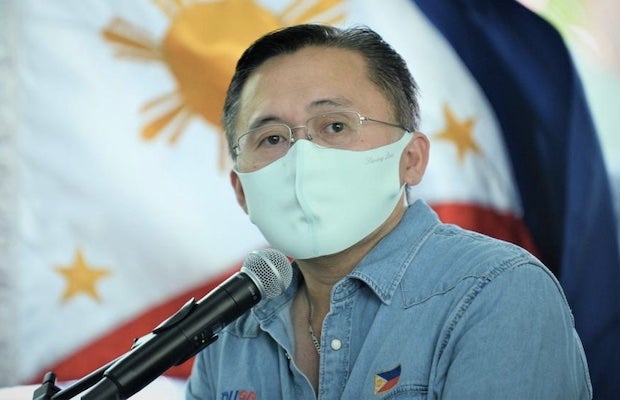 MANILA, Philippines — The government has to intensify its educational campaign to build confidence in COVID, 19 vaccines, Sen. Christopher Go said in a statement issued on Wednesday.

This was the same point that Go stressed in an interview last Friday, June 4, after he attended the launch of the 117th Malasakit Center at the Philippine Orthopedic Center in Quezon City.

Go, who chairs the Senate Committee on Health and Demography, said he was concerned about initial reports that only a million out of 2.1 million who had their first dose of the COVID-19 vaccine returned for their second dose.

He noted, however, that the Department of Health (DOH) had issued a statement clarifying that show only roughly 113,000 individuals or 9% of those vaccinated skipped their second dose.

Still, he said he took the matter up with President Rodrigo Duterte, who told him an intensified campaign would be needed to boost confidence in the vaccines.

“Maybe they think that with one dose it’s over,” Go said in Filipino. “Don’t be complacent. Go back. Two doses are really needed to give you protection. We may not be sure that you would no longer be infected, but it will prevent severe cases. That’s what’s scary — severe cases.”

The success of the vaccination program is the key to the country’s return to normalcy, he stressed.

According to the DOH, the common reasons cited for missing the second dose are getting sick, exposure to COVID-19, or undergoing quarantine.

Meanwhile, Go continued to remind the public to strictly follow health protocols while the Inter-Agency Task Force on Emerging Infectious Diseases was still re-evaluating its guidelines, particularly on the need to wear a face shield.

“Let’s just wait. President Duterte has asked the IATF and health experts to evaluate whether there will no longer be a need to wear a face shield,” Go said.

Regardless of what the policy on that issue would be, he urged everyone not to let their guard down.

“Don’t be complacent just because the people beside you are already vaccinated,” he said.

Even if only one of those people would turn out to be infected, that person could still spread the disease to many others, he pointed out.

“So while the vaccinations continue, let’s just wear masks and observe social distancing,” he said.