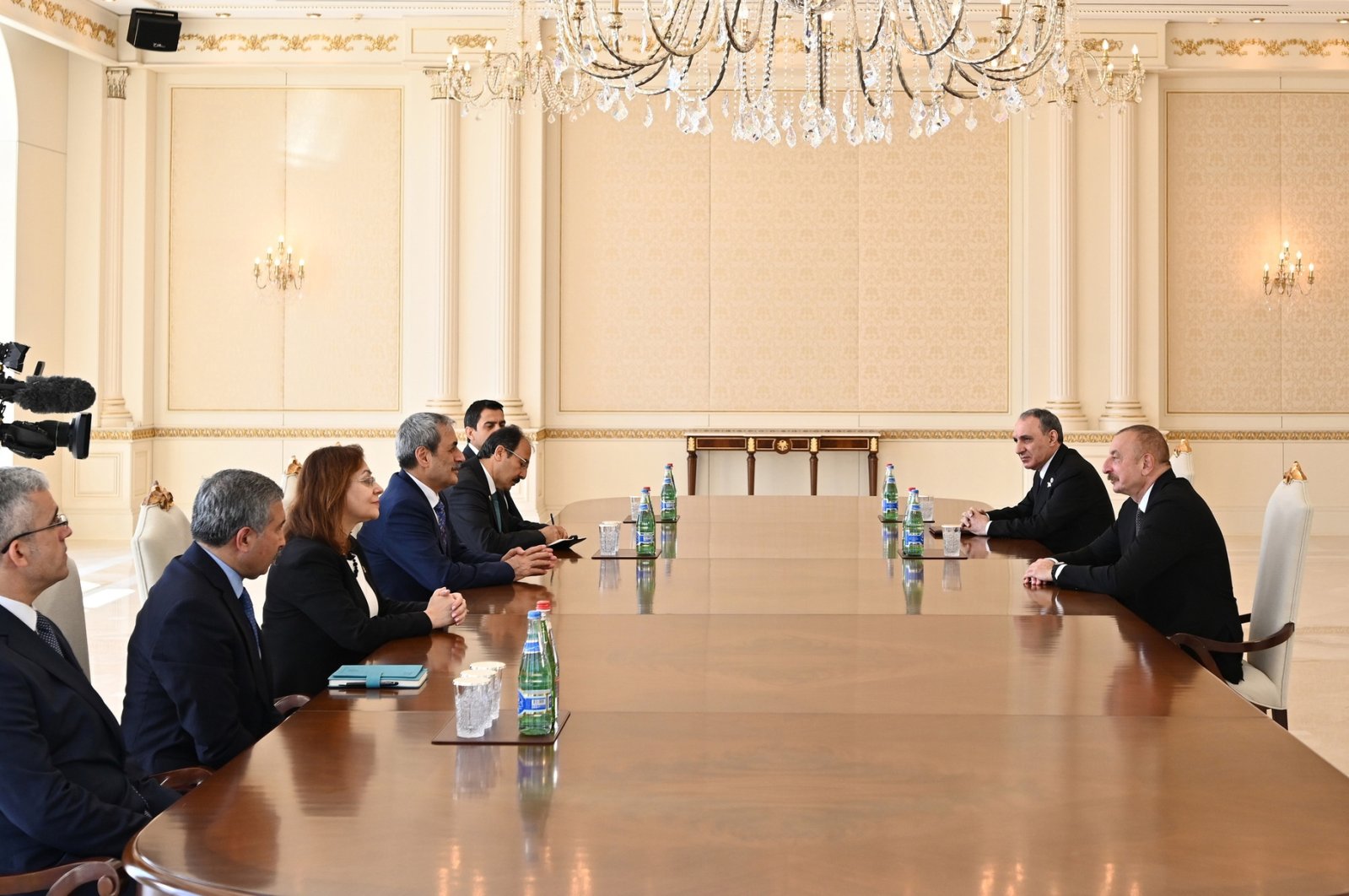 Aliyev told Turkey’s Transport and Infrastructure Minister Adil Karaismailoğlu in Baku that the opening of the corridor will further strengthen relations between Turkic nations.

He said transportation’s significance has especially become evident after the 44-day Nagorno-Karabakh war, which ended after a Russia-brokered cease-fire in November. “Here is an important part of the East-West corridor … the volume of cargo passing through this route has increased over the years.”

Aliyev said Armenia first objected to the corridor but later gave up realizing its importance.

The formation of the corridor, expected to be operational in 2 1/2 years, was negotiated by the deputy prime ministers of Russia, Azerbaijan, and Armenia in a trilateral working group, he added.

Relations between the ex-Soviet republics have been tense since 1991 when the Armenian military occupied Nagorno-Karabakh, a territory recognized as part of Azerbaijan.

Fresh clashes erupted on Sept. 27, and the Armenian Army continued its attacks on civilians and Azerbaijani forces for 44 days, even violating two humanitarian cease-fire agreements.

Baku liberated several cities and nearly 300 of its settlements and villages from the Armenian occupation during this time.

On Nov. 10, the two countries signed a Russia-brokered deal to end fighting and work toward a comprehensive solution.

Russia deployed nearly 2,000 peacekeepers for at least five years to monitor the peace deal and to facilitate the return of refugees. Under the agreement, which leaves Karabakh’s future political status in limbo, Armenia lost control of parts of the enclave as well as the seven adjacent districts that it seized during the 1990s war.