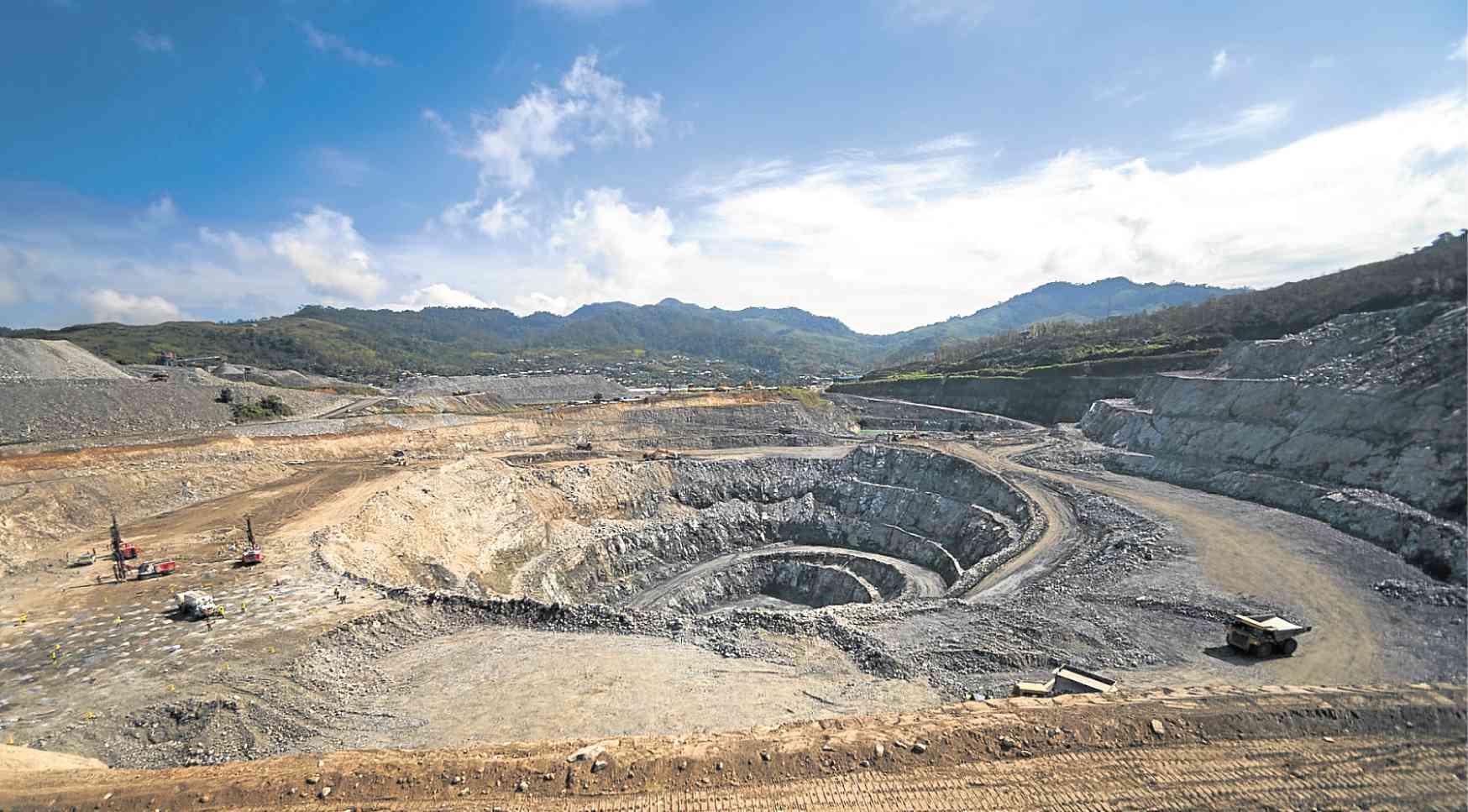 The ban on open-pit mining is expected to be lifted soon as the draft implementing rules and regulations (IRR) of Executive Order No. 130 have been finalized for the approval of Environment Secretary Roy Cimatu.

Wilfredo Moncano, director of the Mines and Geosciences Bureau (MGB), confirmed in a text message that after consultations with miners and environmental advocates, the MGB submitted on Monday the proposed IRR to Cimatu for his signature.

Moncano noted that a repealing clause in the draft IRR will lift the four-year ban on the use of open-pit mines to extract minerals, imposed by the late former environment chief Regina Paz Lopez.

While the IRR alone cannot lift the ban, these nevertheless pave the way for Cimatu to issue an administrative order to specifically allow open-pit mining activities to resume.

“The EO 130 lifts the moratorium on all new mining projects so there is no discrimination. Besides, the MICC (Mining Industry Coordinating Council) has also recommended [the lifting of the ban] in 2019,” Moncano said.

The MICC is an inter-agency committee chaired by Cimatu and Finance Secretary Carlos Dominguez III. It was tasked to conduct a “fact-finding and science-based” review of the mines ordered either closed or suspended by Lopez, as well as review the open-pit ban.

President Duterte later rejected MICC’s proposal to lift the moratorium, noting that the method “is destroying the soil,” but has since changed his mind with the issuance of EO 130.

Mr. Duterte issued in April EO 130 that lifted the nine-year moratorium on the issuance of new mining permits. The policy was meant to boost government revenue, create more jobs, and prop up the pandemic-battered economy through mining.

Billions of dollars are expected to flow from the mining industry once the ban is lifted as this will allow two mines to resume operations.

These are Sagittarius Mines Inc.’s $5.9-billion Tampakan copper project in South Cotabato – touted to be the largest copper project in the country – and St. Augustine Gold and Copper Limited’s $2-billion King-king copper-gold project in Compostela Valley.

Philex Mining’s Silangan Project in Surigao del Norte, valued at $750 million, used to employ an open-pit method but changed its mode of extraction following the ban.

Environmental advocates, however, oppose the lifting of the ban saying it will only hasten the environment’s destruction.

Moreover, clearing forests for mining could put several communities at risk of flash floods and landslides.

Alyansa Tigil Mina in a statement, meanwhile, claimed that the latest policy changes have completed President Duterte’s turnaround from being an environmental advocate to a pro-mining president who “legitimizes the destruction of the country’s resources.” Environment Undersecretary Jonas Leones, in turn, said that Mr. Duterte has been “very consistent” with his views on the mining sector.

“He’s after the maximum benefit [of mining] as well as environmental compliance. If you cannot comply with regulations, you don’t have the right to mine. But if you can comply and we can maximize benefits, we can find the middle ground,” he said.

The MGB has already issued 309 mining permits all over the country. Around 100 mining projects are still in the pipeline, 35 of which are likely to be approved.