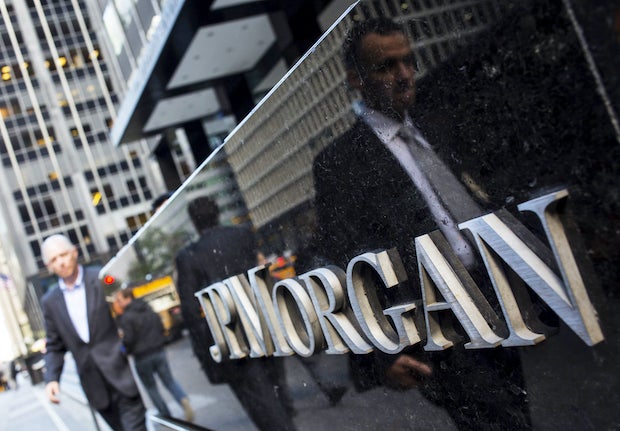 WASHINGTON  — JPMorgan Chase & Co will resume making political donations to U.S. lawmakers but will not give to Republican members of Congress who voted to overturn President Joe Biden’s election victory, according to an internal memo on Friday seen by Reuters.

The country’s largest lender was among many corporations that paused political giving following the deadly Jan. 6 Capitol riots when supporters of former president Donald Trump tried to stop Congress from certifying the election.

Just hours later, 147 Republicans, the vast majority of them in the House of Representatives, voted to overturn the Electoral College results which Trump falsely claimed were tainted by fraud.

Following a review, JPMorgan will this month resume giving through its Political Action Committee (PAC) but will continue its freeze on donations to a “handful” of the 147 lawmakers whom it had previously supported, the bank said.

The pause will last through the 2021-2022 election cycle, which includes November’s midterm elections, after which JPMorgan will review whether to resume contributions to the lawmakers concerned on an individual basis, it said.

“This was a unique and historic moment when we believe the country needed our elected officials to put aside strongly held differences and demonstrate unity,” the bank wrote of the Jan. 6 vote to certify Biden’s win.

Also on Friday, Citigroup said it was resuming PAC contributions but did not specify how it would treat the lawmakers who tried to block Biden taking office.

Citigroup said it would evaluate whether to give to all lawmakers case-by-case based on a new set of criteria which includes “character and integrity” and “a commitment to bipartisanship and democratic institutions.”

JPMorgan noted that its PAC is an important tool for engaging in the political process in the United States. PACs are political committees organized for the purpose of raising cash to support or in some cases oppose election candidates.

“Democracy, by its nature, requires active participation, compromise, and engaging with people with opposing views. That is why government and business must work together,” JPMorgan wrote.

As part of its revamped spending strategy, the bank will also expand donations beyond lawmakers who oversee financial matters to those active on issues the bank considers “moral and economic imperatives for our country,” such as addressing the racial wealth gap, education and criminal justice reform.

Since the initial January backlash, corporations have been grappling https://www.reuters.com/article/uk-usa-politics-republican-donations-ins-idUKKBN2B119B with how to resume PAC spending, seen by lobbyists as important for gaining access to policymakers, without alienating other stakeholders, including their employees who fund the PACs.

Other big financial companies that paused donations have slowly resumed spending. Morgan Stanley’s PAC resumed https://www.reuters.com/article/us-morgan-stanley-pac/morgan-stanleys-pac-resumed-donations-weeks-after-capitol-riot-pause-idUSKBN2BB2B3 donations to some lawmakers in February, while the American Bankers Association PAC, one of the biggest in the country, started giving again in March, federal records show.

While JPMorgan did not name lawmakers in its memo, the bank’s new policy risks alienating Republicans with sway over banking policy, some of whom are already angered by its active stance on issues like climate change and racial equity.

Of the 147 lawmakers, JPMorgan gave $10,000 each to House finance committee members Blaine Luetkemeyer and Lee Zeldin, and House Republican leader Kevin McCarthy, among others, during the 2019-2020 election cycle, according to the Center for Responsive Politics (CRP). Representatives for the lawmakers did not respond to requests for comment.

All told, JPMorgan’s PAC gave nearly $1 million to federal candidates and committees backing candidates during the 2019-2020 election cycle, according to CRP.

Of the $600,300 it gave to federal candidates, nearly 60% went to Republicans and the rest to Democrats, according to the CRP data, a mix that is likely to swing further to the left as the bank supports a broader range of social and economic issues.

Commercial banks overall have ramped up political spending in recent years, dishing out $14.6 million to federal candidates in the 2020 cycle, the second highest amount since 1990, the data shows.

Following the 2008 financial crisis, that mix favored Republicans but in recent years banks have increased spending on Democrats as they look to rebuild bipartisan support in Congress.