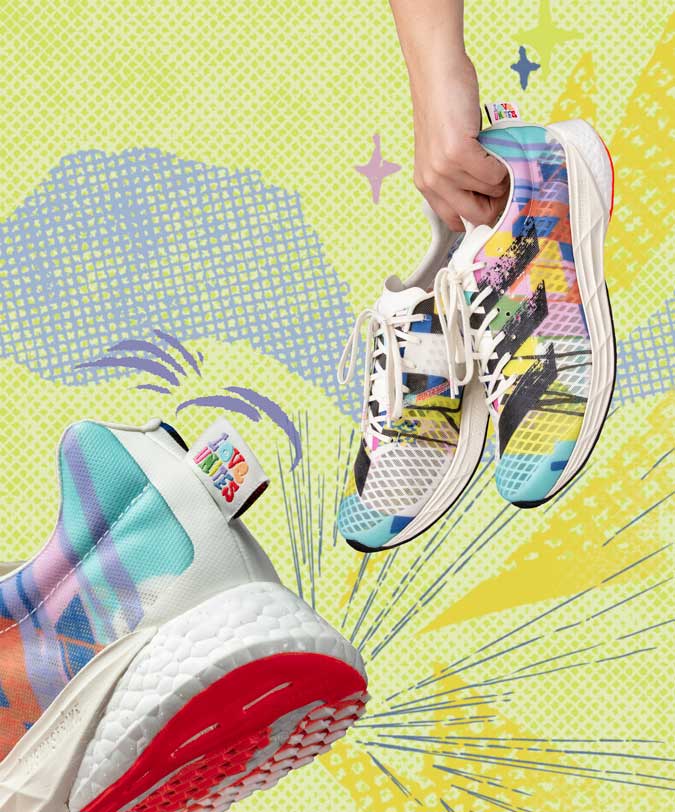 IN CELEBRATION of Pride Month 2021 this June, adidas recently released its “Love Unites” collection in the local market.

A 30-plus collection, Love Unites draws inspiration from the do-it-yourself (DIY) culture that has played an important role in LGBTQ+ sport communities. It was also released alongside a global campaign spotlighting influential members and allies of the community.

The collection is an extension of the first-ever adidas Pride Pack released in 2015, which served to symbolize the brand’s rich history in sport and merging it with its long-standing support for the LGBTQ+ movement.

These can be seen in special Pride colorways of classic adidas silhouettes like Nizza, Forum, UltraBoost 5.0 DNA and AdiZero Pro V1 as well as a colorful lineup of apparel from bucket hats and jumpsuits to sports bras, shorts, and jerseys.

adidas said in coming up with its latest Pride Pack, it was also important that it gets to sustain its push in helping break down barriers for LGBTQ+ communities, including ending homophobia and transphobia in sport, which they have been doing in partnerships with organizations like Athlete Ally and Stonewall UK.

For this year’s “Love Unites” campaign, it has teamed up with a collective of athletes and artists who have made strides forward as champions of inclusivity.

The adidas “Love Unites” collection was released in the country on June 1 and is available on http://adidas.com/loveunites. For more details, visit https://www.facebook.com/adidasPH. — Michael Angelo S. Murillo