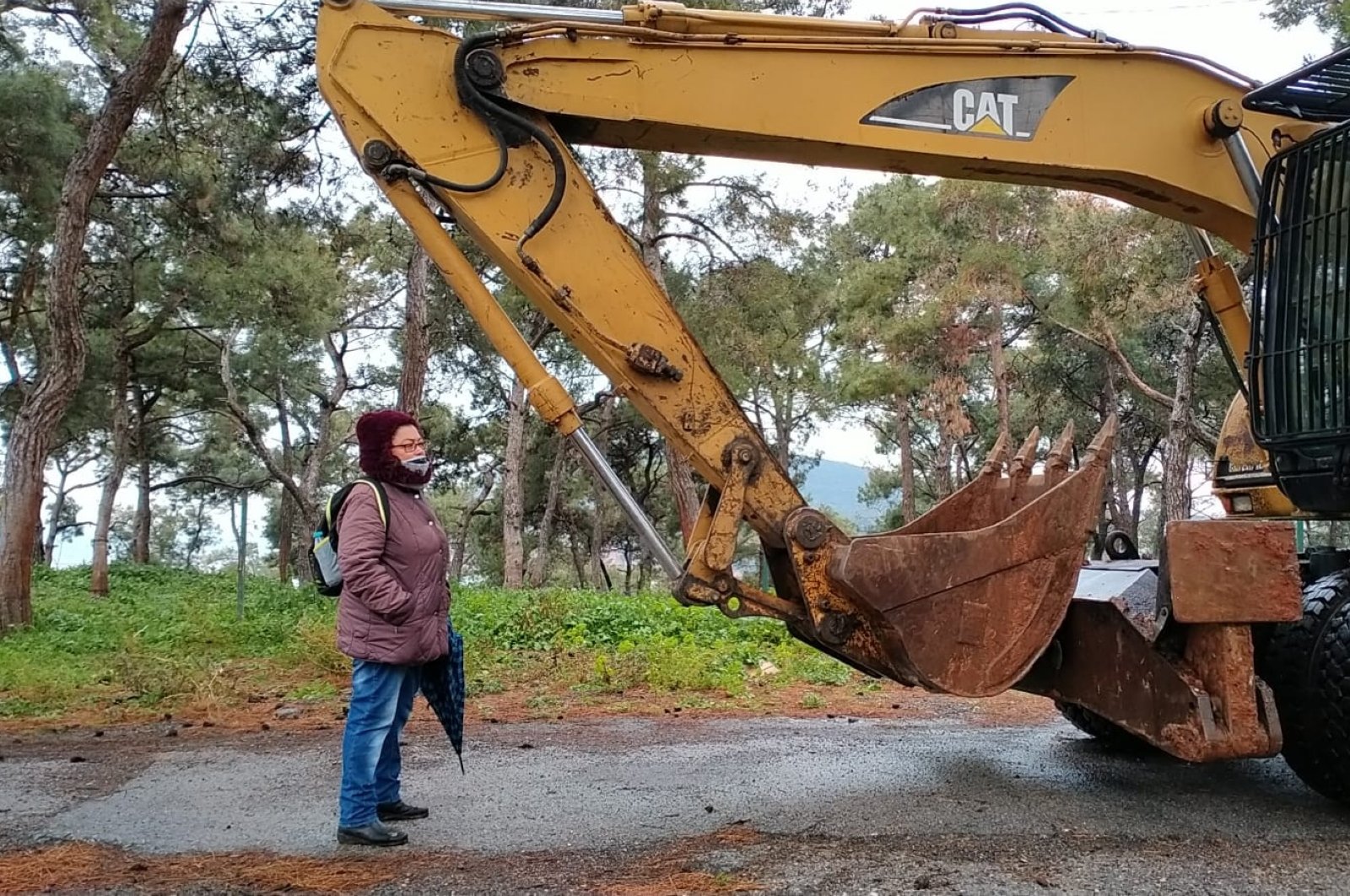 A group of animal rights activists succeeded in stopping bulldozers from demolishing horse stables in Heybeliada, one of the Princes’ Islands off the coast of Istanbul Thursday.

The stables were all that remained of a decadeslong practice where horses pulled carriages for tourists on the islands. After an outbreak led authorities to put 105 horses to sleep, horse-drawn carriages were abolished in the area.

The Istanbul Metropolitan Municipality (IBB) demolished stables in Burgazada Wednesday despite protests by activists who called upon the municipality to first build stables for the animals elsewhere. On Thursday, they convinced municipality crews to stop the demolition in Heybeliada while IBB officials announced new, modern stables would be built in place of the demolished ones.

In a statement, activists from the “Horses of the Islands Platform” said that they wanted horses to continue living on the island instead of being relocated. “A stable where five horses lived was not demolished after our efforts,” the statement said. Activists stated that they wanted a modern facility for horses and to keep horses on the island in a more dignified manner while respecting animal rights, such as utilizing them for horse therapy.

Activists also called upon the municipality to relocate horses held in a closed stable in Büyükada, another Princes’ island. “IBB should allow those horses to roam free instead of keeping them in the stable all the time since last year. It should also inform the public about the health conditions of 860 horses that were removed from the island and sent to other cities,” they said in the statement.

Over the past few years, several other Turkish cities and towns banned the use of horse-drawn carriages for transport or for touristic purposes. Public outcry and increasing animal rights activism after accidents and the COVID-19 outbreak marked the end of the centurieslong tradition after the Istanbul Governorate imposed a ban in December 2019. This ban was later made permanent as the IBB pledged to introduce electric vehicles to replace horse-drawn carriages.