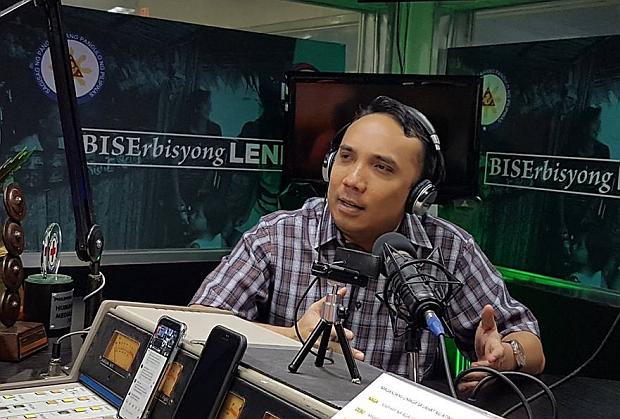 MANILA, Philippines — With the uncertainty that surrounds Vice President Leni Robredo’s future political plans, supporters and observers have asked when she would release a decision to finally clear doubts.

But her spokesperson, lawyer Barry Gutierrez, said in an interview with One News’ The Chiefs on Friday that this may happen by September 2021 — just a month before the official filing of certificate of candidacies for the 2022 National Elections.

“But quite honestly, the only person who can say at this point, is her. She’s going through her own process, she has said that she will respect the 1Sambayan process, but it’s hard to speculate at this point,” he added.

Gutierrez made this assertion again after former Camarines Sur Rep. Rolando Andaya claimed that the Vice President was all set to run for governor of the province.

Gutierrez said in jest that he remains the spokesperson for Robredo, and that the last time Robredo talked to Andaya was months ago — and it was about disaster response to typhoon-hit Bicol Region.

(When I talked to VP Leni last night, the first thing I checked was whether I was replaced as spokesperson because maybe that’s the case, but it appears that I’m still in place.)

“Sa aking pagkaka-alam, the last time they talked was months ago, hindi recent, and as far as I know it was in the context of ‘yong relief operations pa dahil magka-probinsya naman talaga sila eh, sa CamSur. So as to political plans, very clear naman ‘yong statement ni VP this morning, when she said that there is no final decision,” he added.

(As far as I know, the last time they talked was months ago, not recently, and it was in the context of relief operations because they really belong to the same province, Camarines Sur. So as to political plans, the VP has been very clear this morning, when she said that there is no final decision yet.)

Talks about Robredo running for the Camarines Sur gubernatorial seat abound after she mentioned in the past that a local elective post remains attractive to her.

The issue was discussed even further after she supposedly transferred her residency to Magarao — a nearby town of Naga.

Supporters of Robredo’s possible gubernatorial bid said that this is a political move because voters from Naga — an independent component city — cannot run for the gubernatorial post of Camarines Sur.

Still, Robredo maintained earlier that she remains open to running for president, or even pursuing the elective post.  Gutierrez clarified that the Vice President is having a hard time deciding as she has been focused on helping the government’s COVID-19 response.

“All the people that are being floated as possible presidential candidates in 2022, none of them has actually come out to actually say ‘I am running in the elections’. You know everybody is playing coy, or they have other people supposedly create a clamor for them,” Gutierrez claimed.

“But in the case of the Vice President, she has been very consistent, even before this entire conversation has heated up in the last few weeks. (At the) start of the year, she has been very clear, ‘my focus is still COVID, we are still very much in the midst of implementing COVID response operations in the office,” he added.