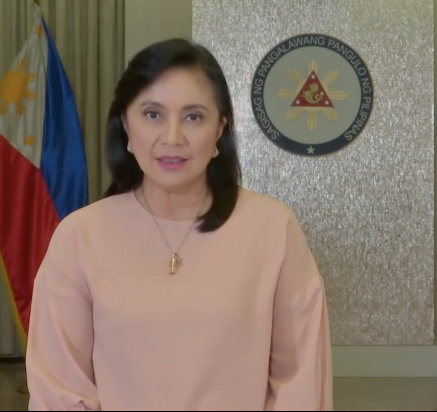 Vice President Leni Robredo addressing the nation about the coronavirus. Screengrab from her Facebook page

MANILA, Philippines — Despite the barrage of criticism that the Duterte administration is getting due to its pandemic response, and other issues, some prominent members of the opposition still think that they would be up for a challenge in the 2022 elections.

For one, Office of the Vice President (OVP) spokesperson Barry Gutierrez admitted on Friday that it would be difficult to compete against anyone who would be anointed by President Rodrigo Duterte, citing the massive popularity that he enjoys, coupled with his social media presence, to which his victory in the 2016 polls had been attributed.

“Well clearly it will be an uphill battle, you are going up against a popular president, going by the surveys.  You are going by a very, well-oiled, very extensive social media machinery,” he said in an interview with One News’ The Chiefs.

“It’s really too early to say, a lot of things will happen, and obviously effort and strategy will play a big role in the next two months.  We acknowledge that it’s going to be an uphill battle, but it’s definitely a winnable battle as far as we’re concerned,” Gutierrez added.

According to Gutierrez, it would also be difficult for his boss, Vice President Leni Robredo — should she decide to run for president in 2022 — to do campaigns as she is more accustomed to face-to-face interactions.

“Considering where we are in terms of achieving herd immunity, in getting back to a certain level of normal, we don’t know what the campaign would look like.  In fact it might be a campaign that will largely be fought out on social media.  You know, that’s definitely an advantage (for the administration),” he explained.

Robredo has yet to confirm whether she would be running for the highest elective office in the country, or if she is targeting the gubernatorial seat of Camarines Sur, her hometown province.

The uncertainty over the Vice President’s next political move has resulted into several rumors — the most recent of which came from former Camarines Sur lawmaker Rolando Andaya, who said that Robredo has already decided to run for governor in 2022.

Robredo and Gutierrez disputed these claims, with the latter stressing that the Vice President remains open to running for the top elective post come 2022.

Despite the odds stacked against the opposition — or against Robredo for that matter — Gutierrez still believes that the opposition has a chance in 2022.  He mentioned the strategy used by the Otso Diretso senatorial slate during the 2019 midterm elections, which was to campaign with the help of community organizers.

However, not one of the Otso Diretso stalwarts made it into the Magic 12, resulting into a heavily administration-backed Senate.

“My take is, and this is our experience over the last five years where the Vice President has been on the receiving end of so many attacks […] that while there might be an advantage in volume, in so far as the machineries are already in place, so long as you can hit the right chord, hit the right message, there is organic support that can be mustered on social media,” Gutierrez said.

“But again, difficult circumstances are occasions for trying out more innovative approaches, one thing that we started to try out in the midterm elections — to a certain amount of success, although ultimately I think it was not enough — was having a community-based, grassroots campaign,” he added.