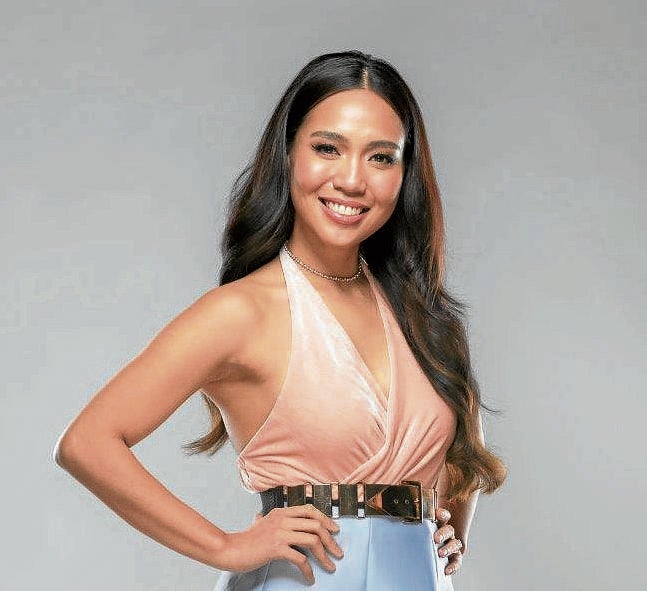 While she started singing at the age of 7, Aicelle Santos said it was mostly for fun, and that she was nowhere near as good as the four grand finalists she looks after in the GMA 7 singing contest “Centerstage.”

“Seeing the kids sing the way they do had me thinking, ‘What kind of milk did they have as babies?’ I remember singing when I was young, but the quality wasn’t the same. They, on the other hand, already have the delivery, style and emotions—they’re all there,” she said in a virtual conference for the said competition, which will crown its winner tomorrow at 7:40 p.m.

“It’s so rare to see young kids who sing well and, at the same time, deliver the message of the song,” she added. “And we’re all so blessed to watch them sing before us.”

Vying for the top prize are Rain Barquin, 12; Colline Salazar, 13; Vianna Ricafranca, 13; and Oxy Dolorito, 11. After their four-way battle last Sunday, the young aspirants will showcase their vocal mettle anew on the virtual stage for the final stretch of the finale.

“I’m already impressed with them right now. What more when they grow up and mature? Imagine the kind of performers they can become,” said Aicelle, who’s joined by Mel Villena and Pops Fernandez in the judging panel. “I think they have a big future ahead of them. We will have great singers come their time on the big stage.”

Aicelle believes that the remaining hopefuls are all well-rounded singers, who have good vocal quality and storytelling ability. It will all boil down, she said, to interpretation and the “magic” they bring onstage.

“Sometimes, interpretation is the deciding factor. Sometimes, it’s the song choice … They’re all good and have their own style,” she said. “Whoever brings the magic that night will win. They all have the tools and we don’t know what they will bring.”

Aside from the talent, another thing Aicelle admires about the kids is their ambitiousness. And that requires guidance.

“When I was young, I used to sing during family gatherings. I was shy. But whenever my relatives told me that I did great, that was encouraging, and had me thinking that perhaps I should continue singing. That’s how simple it was for me,” she said. “But these kids’ goals are different. They want to be the best. They want to win the house for their family.”

“The stakes are bigger for them. So, as much as we want to push them forward, we have to make sure that we’re always there to support them,” the singer and international theater actress said.

Her advice to Rain, Colline, Vianna and Oxy is simple: Don’t stop dreaming. “They all have star potential. So it’s up to them how they plan to enhance their talents … to work or train more. This is just a step that could open doors,” Aicelle said. “Pursue your dreams. But don’t forget your studies, too.”

As for her life as a new mother, Aicelle said she has been taking extra precaution these days, because her stints in “Centerstage” and the variety show “All-Out Sundays” now require some studio work.

Makes everything worth it

“Doble, triple ingat. In the studio, I take off my mask only when we’re shooting; I put it back on immediately once we stop rolling. At home, I wear my mask—even when I’m asleep—for at least six days, or until I get my swab test results,” said Aicelle, who has a 5-month-old baby girl, Zandrine, with her husband, Mark Zambrano. “He takes care of the baby when I’m out.”

Because she doesn’t have a helper at home, Aicelle does it all. And while her work and motherly duties can be overwhelming at times, seeing Zandrine’s sweet smile makes everything worth it. “I’m so happy because she’s never not smiling. Upon waking up, she always greets me with a smile,” she said. In some ways, being cooped up at home has been a blessing for Aicelle, who’s bent on becoming a hands-on mother. “My baby and I are together all day, so I see all her little milestones, the little things she does, the little things she laughs at. I want to be the one to change her diapers, bathe her and feed her,” she related.

“I want to experience it all,” Aicelle added. “It’s a happy journey for us.”