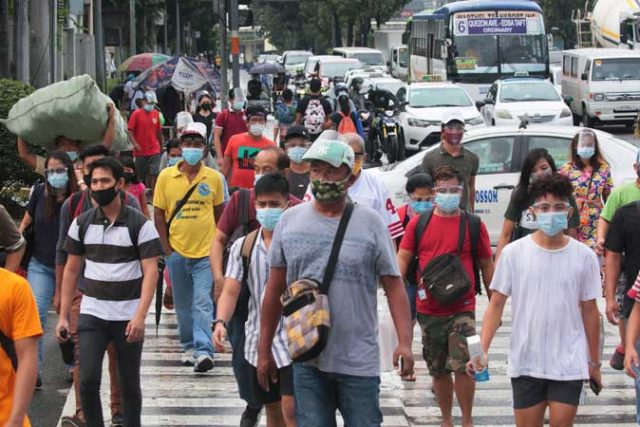 The Department of Health (DoH) reported 7,450 coronavirus infections on Friday, bringing the total to 1.26 million.

The agency said 12 duplicates had been removed from the tally, nine of which were tagged as recoveries and one as a death. A total of 119 recoveries were reclassified as deaths. Five laboratories failed to submit data on June 2.

About 12.7 million Filipinos have been tested for the coronavirus as of June 2, according to DoH’s tracker website.

The coronavirus has sickened about 172.9 million and killed 3.7 million people worldwide, according to the Worldometers website, citing various sources including data from the World Health Organization.

About 155.6 million people have recovered, it said.

She said countries that gave “liberal incentives” to fully vaccinated people had many of their population vaccinated. About 40% of Americans have been inoculated, while the United Kingdom had a vaccination rate of about 30%, she said.

“We have not reached that threshold yet and we are just starting to speed up our vaccination,” she told an online news briefing in mixed English and Filipino.