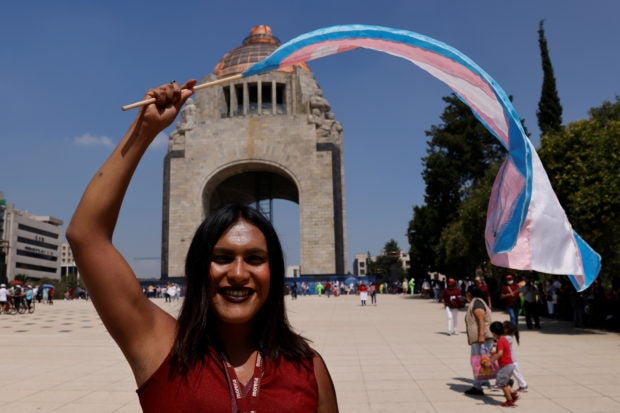 Transgender candidate for deputy for the MORENA party Maria Clemente poses for a photograph during a political event, ahead of the mid-term elections on June 6, in Mexico City, Mexico May 30, 2021. REUTERS

A total of or 117 candidates, or nearly 2% of more than 6,000 hopefuls running for office on Sunday who responded to a survey by national electoral institute INE, identified as part of the LGBT community.

About 21,000 local and national races are being contested in the vote, including 15 governorships and all 500 seats in the lower house of Congress, in a pivotal election for the agenda of leftist President Andres Manuel Lopez Obrador during the second half of his six-year term.

Like others aiming for jobs in politics, LGBT candidates are emphasizing public safety and the economy, but also specific obstacles for those who are often marginalized.

“That’s exactly why I want to serve in Congress, to fight discrimination everywhere and shake things up with a representative voice,” said Maria Garcia, a transgender candidate for Congress in Mexico City.

Garcia is running under the banner of the ruling National Regeneration Movement (Morena) of Lopez Obrador, who has seldom championed LGBT causes and has sided with conservatives on same-sex marriage.

“We’re suffering through one of the worst crises,” he said.

Guilabert is with the Citizen Movement (MC) party. According to the INE survey, nearly 32% of the LGBT candidates running on Sunday are from the party, the highest percentage of any party.