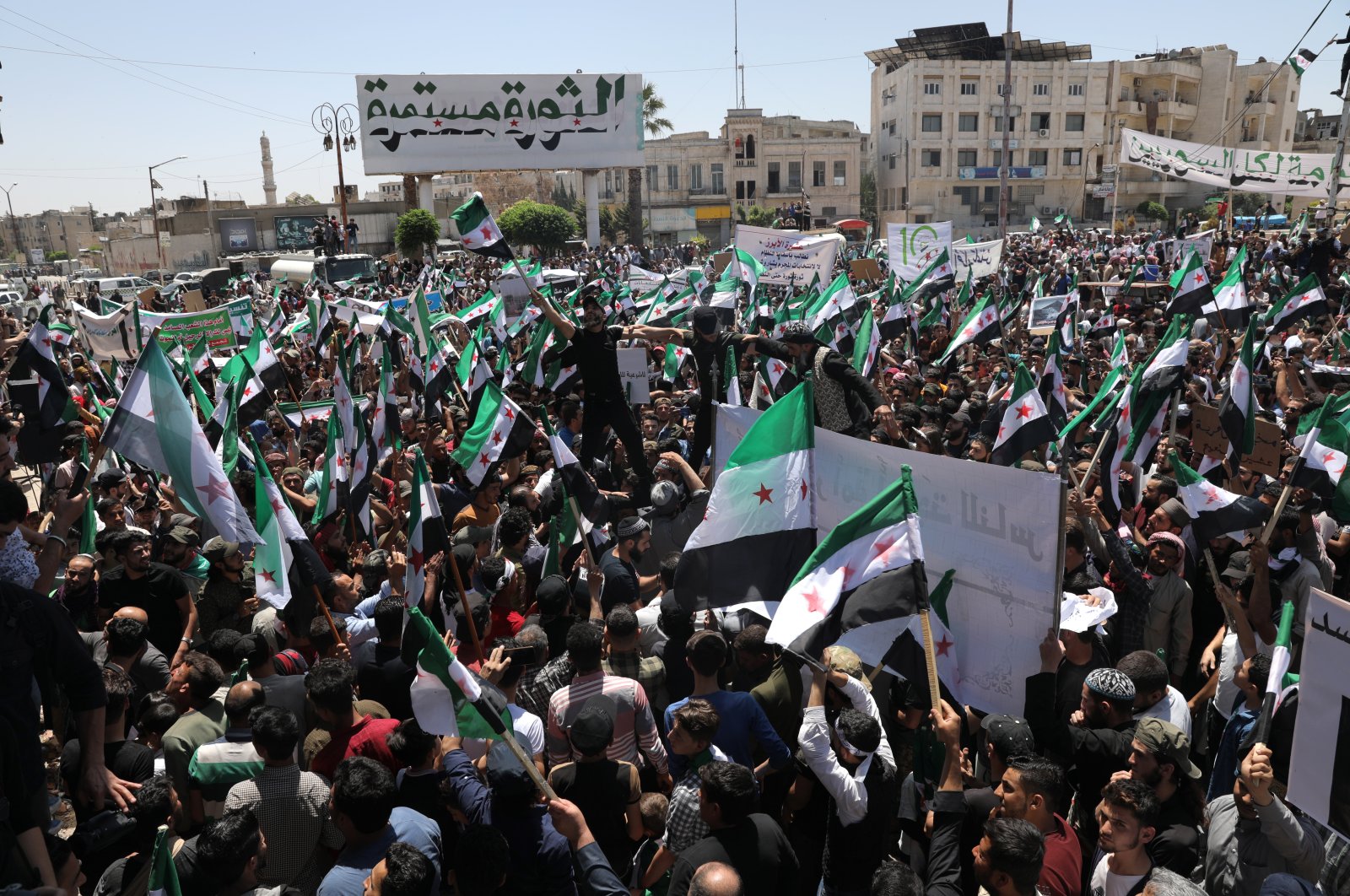 Turkey on Wednesday denounced the presidential election in Syria held under the Bashar Assad regime, calling it unfair and illegal while underlining that it “does not reflect the free will of the people.”

“Presidential elections held today by the Syrian regime are illegitimate and do not represent the free will of the Syrian people,” Turkey’s Foreign Ministry said in a statement.

The controversial vote is expected to keep Assad in power in the country devastated by a decade of civil war.

The 55-year-old is widely expected to secure a fourth term in office by a comfortable margin. Observers have already said the vote would be far from free and fair.

The Foreign Ministry said that the election is being held under unfair and unfree conditions and fails to comply with U.N. Security Council Resolution 2254 on political solutions to the Syrian conflict, and exposes the Assad regime’s insincere approach to the political process.

The statement stressed the need to continue the uninterrupted political process being facilitated by the U.N. under the ownership and leadership of the Syrian people.

The Assad regime should not be allowed to attempt to gain “artificial legitimacy” by holding an election with predetermined outcomes, it said.

Turkey will resolutely continue its efforts for a just political solution for Syria in solidarity with the Syrian people, the ministry added.

‘Neither free nor fair’

Top diplomats from the U.S., U.K., France, Germany and Italy on Tuesday said the vote would “neither be free nor fair.”

The decision to hold elections was made despite the ongoing military conflict, lack of any political solution in sight, failure of negotiations between the opposition and the regime and the displacement of more than 10 million Syrians either as refugees or internally displaced persons.

Moreover, about 40% of the country is not under regime control.

Assad has succeeded in every election since he assumed power in 2000 as heir to his father, Hafez Assad, by rates exceeding 88%, according to official election results.

The previous presidential election was held in 2014 and saw two candidates run against Assad after a constitutional amendment allowing for a multi-candidate ballot.

Since then, regime forces have clawed back swathes of territory from the opposition and terrorist elements with military help from regime allies Russia and Iran. But large parts of Syria still escape regime control and polling will not take place in those areas.

They include the northwestern province of Idlib, the last opposition bastion. The Idlib region, including nearby districts where other opposition groups are also present, is home to 2.9 million people, of whom two-thirds have fled their homes in other regions ravaged by violence.

Residents in northwestern Syria protested the election as they gathered in Idlib city center, al-Bab, the Azaz district of Aleppo and the Operation Euphrates Shield area, which Turkey cleared of terrorists.

Thousands chanted anti-election slogans while carrying “flags of revolution” adopted by the opposition.

Yasser Kinash told Anadolu Agency (AA) that protesters do not accept the vote.

“We do not accept the election carried out by a tyrant who destroyed this country, murdered children, forced people to migrate by displacement,” said Kinash.

Muvafak Hussein said the protest was a message to the world.

“We have gathered to announce to the world that we do not accept the elections organized by Assad. We reject the system that killed us and displaced us,” he said.

For Halid Husum, the regime has its hand on the scales in its favor. “We do not accept the so-called presidential elections of Assad, who is the servant of Iran and Russia. This is a one-sided election. It is not an election that covers the whole of Syria,” said Husum.

Nuri Mohamad said that demonstrators reject the so-called elections that “are not in a democratic environment and do not cover the whole of Syria.”

Syria has been in a civil war since early 2011, when the regime cracked down on pro-democracy protests with unexpected ferocity.

Around half a million people have been killed and more than 12 million had to flee their homes in the past decade.