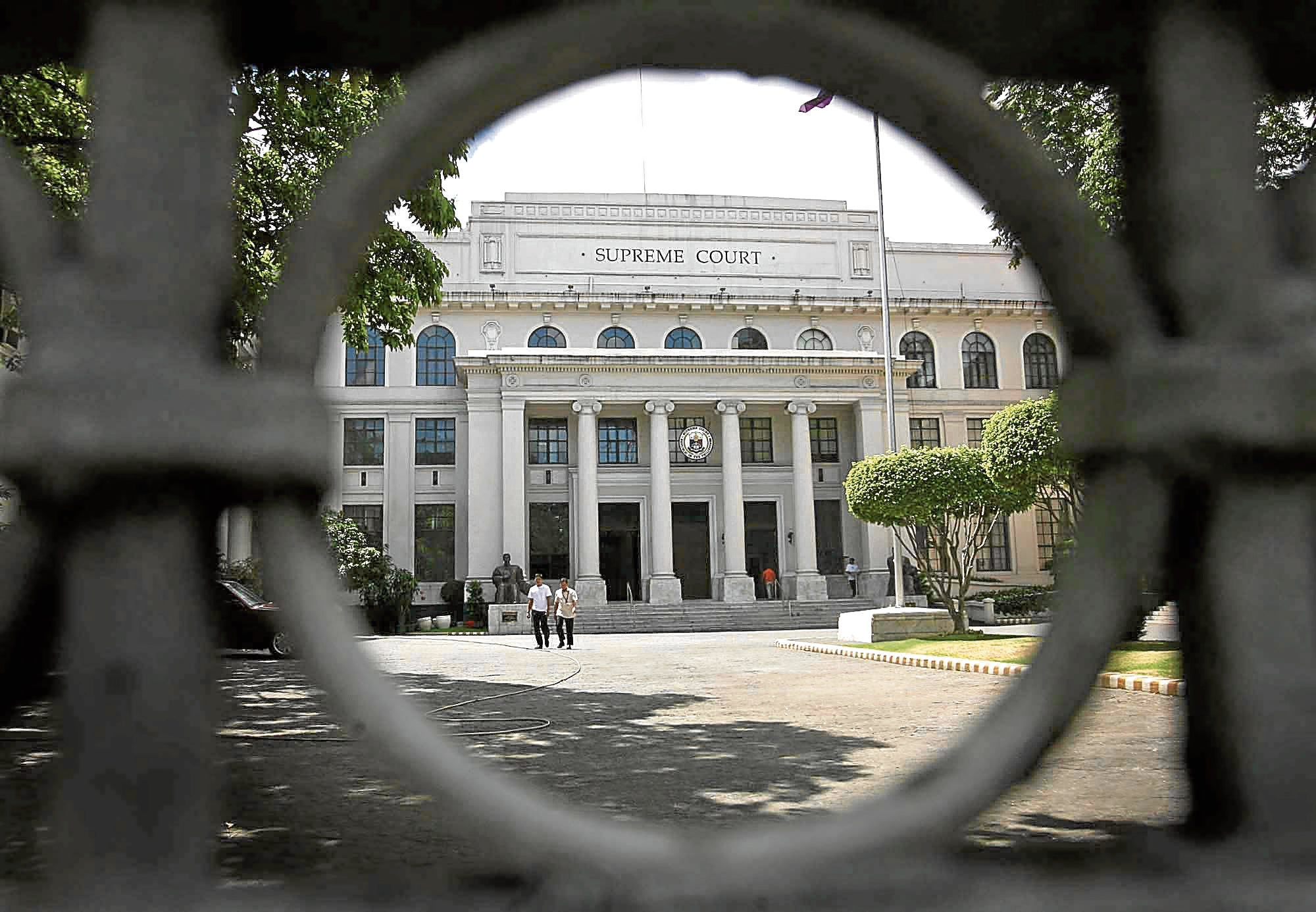 MANILA, Philippines — “We have to reform ourselves,” lawyer Benedicta Du-Balad, the lone private practitioner aspiring to the post of Supreme Court associate justice, told members of the Judicial and Bar Council (JBC) during Wednesday’s public interview in response to questions about trust rating.

“We have to reform ourselves, we have to show the public that there is a change. Those are things we have to look into — zero in on the cause of that perception,” Du-Baladad said.

Du-Baladad is the founder of a law firm that specializes in taxation and other corporate-related services.

In an October 2020 Pulse Asia Survey, Supreme Court Chief Justice Diosdado Peralta had the lowest score among the top government officials with 44% approval,  37% undecided, and 13 % disapproval.

READ: 9 out of 10 Filipinos approve of Duterte’s performance amid pandemic — Pulse Asia

The low trust rating of the judiciary does not mean that the public does not trust its members, Du-Baladad said. Instead, that rating could reflect “the totality of the perception of the judiciary” — arising perhaps from the “delay in the disposition of cases, the infrastructure, and capacity of the justices to make it work.”

They are the first batch of candidates aspiring for the associate justice post that became vacant following the appointment of Alexander Gesmundo as chief justice.

Addressing the same issue of trust, Lagos said the judiciary should not be swayed by trust ratings “as long as [its] members believe they are doing their job.”

The judiciary should also be insulated from outside influences, he added.

“The judiciary members do not need popular support,” Lagos said.

Lagos is the chair of the Sandiganbayan Fifth Division, which in 2018 found former First Lady Imelda Marcos guilty of seven counts of graft for using her posts during the martial law regime — as Minister of Human Settlements and Batasang Pambansa member — to create dummy organizations through which she stashed her family’s ill-gotten wealth in Swiss bank accounts.

On the Anti-Terrorism Act

“I believe that we should not scrap the ATA [Anti-Terrorism Act] altogether,” Econg said when asked by retired Supreme Court Associate Justice Noel Tijam about her opinion on the 37 petitions against the ATA.

According to the petitioners, the ATA is vague and only tries to correct its flaws through its implementing rules and regulations.

For Econg, the Supreme Court cannot correct the errors of the law or pacify the apprehensions of the petitioners.

“That is judicial legislation,” she said.

Song authored the decision that acquitted Sen. Ramon “Bong” Revilla of plunder in connection with the pork barrel scam.

But for Lagos, he said the high court could examine the law through its power of judicial review.

“Justices have their own way of thinking ,and if they find something unconstitutional in the ATA, they might strike down the particular provision that would violate the constitutional right,” he said.

On the subject of impeachment, Martin said it should be the only way to remove a Supreme Court magistrate.

Martin believed that the Supreme Court decision that removed Maria Lourdes Sereno as Chief Justice should be reviewed.

“Given the magnitude of its aftermath, I came to agree that impeachment is the only way out for a justice,” he added.

Martin is the ponente of the decision — that is, the court member assigned to write the decision — that reinstated awards, back wages to workers of GMA Network. He also penned the ruling that approved a lawsuit arising out of a 2013 explosion in Taguig.

Meanwhile, Du-Baladad said that, aside from impeachment, a Supreme Court justice could also be sued — such as, through a quo warranto petition — for “usurpation of a seat.”

According to Du-Baladad, the Constitution does not specifically prohibit same-sex marriage. But she expressed doubt if the definition of marriage could be stretched to include marriage between a man and a person who is actually a man but feels like a woman.

Probably, she said it is not the marriage per se that the LGBT community wants but the “consequences of being married.”

Meanwhile, Econg said she would have dissented on the Supreme Court ruling that dismissed the petition of lawyer Jesus Falcis on same-sex marriage.

“[The] matter is of transcendental importance whether same-sex marriage can be had but case dismissed in the procedural ground,” Econg said, noting that the high court had, for several times, set aside procedural defects.

“Regarding same-sex marriage, it’s worth taking a look [into it], and Congress should change the definition in the Family Code,” she added.

The interview of aspirants will continue on Thursday.

The JBC is constitutionally mandated to screen applicants to vacant posts in the judiciary and the Offices of the Ombudsman and Deputy Ombudsman.