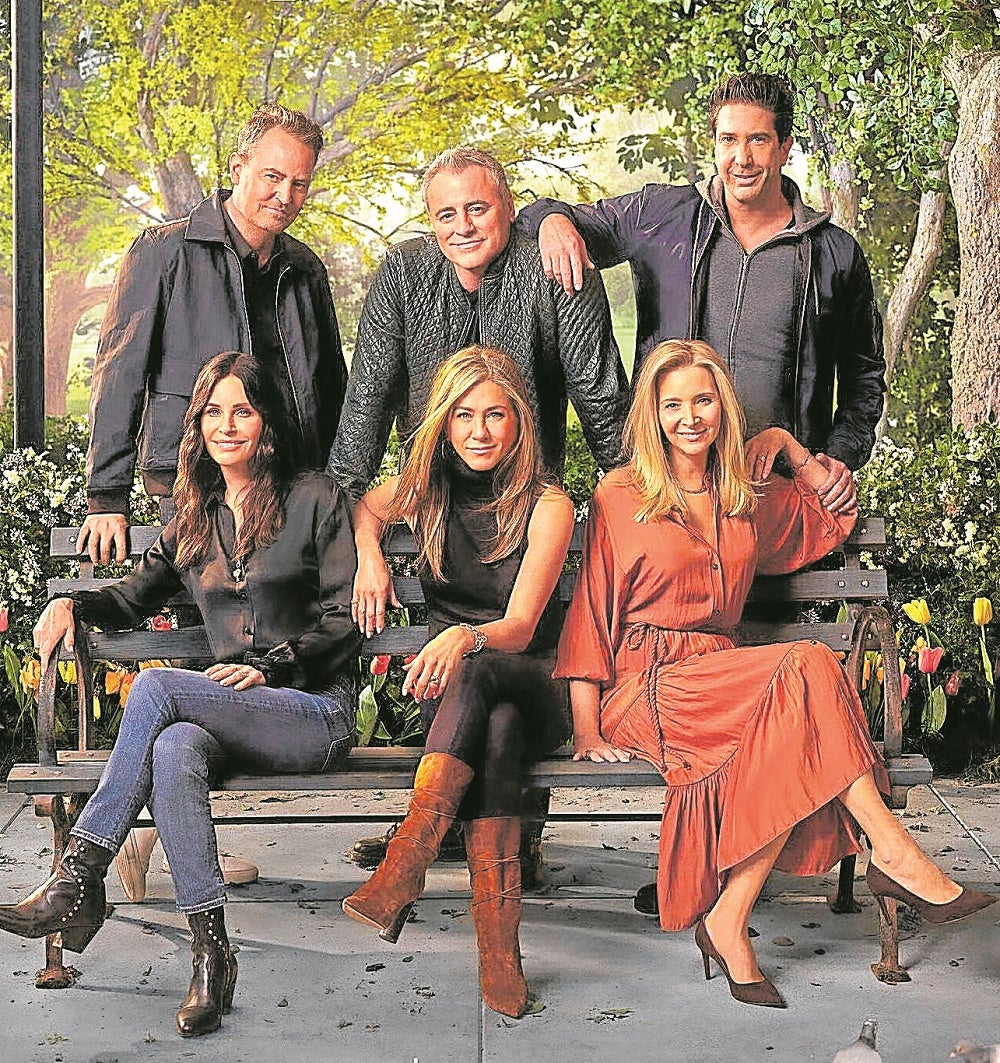 My early to mid-20s were marked by a few notable things: living in New York (with stays in London and Boston in between), being able to do some interesting work coupled with travel, and the TV show “Friends,” which aired every Thursday night (I didn’t accept any phone calls for that precious half hour).

Although at the time there really wasn’t a whole lot I could relate to (for example, my mother still lived with me, and I wasn’t exactly the most sexually active adult in town), save for this one thing: the closeness I had with my own little circle of friends. And this was the premise of the show, according to cocreator Marta Kauffman, that “Friends” was about that time in your life when your friends were your family.

“Friends” enjoyed a 10-year run, from 1994 to 2004. It began with fresh faces upon which the expressions of anxiety about work and relationships seemed constantly painted, and ended with weddings, children and moving out to the suburbs once you’ve “found your lobster.” Ross and Rachel did end up together. the way, they were on a break!

Seventeen years after the series finale, “Friends: The Reunion” special began streaming on HBO Max. Of course, I was going to see this on the first day, prepared with a full box of tissues and my sense of nostalgia. And yes, it did not disappoint.

The special, hosted by James Corden with guest appearances by David Beckham, Reese Witherspoon, Tom Selleck, Mindy Kaling, Justin Bieber, Cara Delevingne, Cindy Crawford, Elliot Gould, Christina Pickles, Lady Gaga, Kit Harrington and BTS just to name a few, took us back on a trip down memory lane to favorite episodes, bloopers and even a fashion show of some of the more outrageous costumes and outfits worn throughout the series. I was half expecting someone to walk the runway with a turkey on his head, but no such luck.

However, my personal favorite part of the special was the table read with the cast. They read a couple of scenes, which were audience favorites: the scene where Phoebe and Rachel find out about Monica and Chandler (Courteney Cox and Matthew Perry), and Ross and Rachel’s first kiss in the coffee shop.

I still remember watching that episode when it originally aired, screaming in my apartment when they finally kissed. But no, that wasn’t my favorite episode.

That distinction belongs to the one where they went to the prom (or rather, the one where all the friends watch an old home video of Rachel and Monica getting ready for the prom).

The group makes fun of Rachel and Monica (who, as teenagers, looked very different from their adult selves), and Ross is teased for looking like a certain schoolteacher from a hit 1970s sitcom “Welcome Back, Kotter” (Joey, played by Matt LeBlanc, delivers this zinger a la Vinnie Barbarino: “Looking good, Mr. Kot-TEHR!”).

However, when Rachel’s date doesn’t show, Ross comes to the rescue getting dressed in a tux to take her to the prom, but as many of us know, Rachel’s date does actually show and off they go, leaving Ross very heartbroken.

At the end of the video, Monica looks to Ross and says, “I can’t believe you did that.” Rachel then walks over to Ross, and plants a kiss on his lips, prompting Phoebe to say, “See? He’s her lobster!”

For over an hour and a half, I laughed hysterically and ugly cried. I remembered my buddies that would come over to my apartment so we could eat dinner and watch the show together. And in a strange way, we felt like we knew these six beautiful, imperfect, neurotic people as they kept us company for a half hour every week.

And our time together ended when it was supposed to, when it came time to form families of our own.

“Friends” will always be that show … my show … where a group of 20-somethings were figuring out what adulting meant. It’ll always be a reminder of a very special time when my friends and I were navigating that part of our lives. Fully nostalgic, sometimes heartbreaking, oftentimes filled with sidesplitting laughter.

At the end of the series, all six walk away, still friends that are family. In my own life, we got the same happy ending, for which I am eternally grateful. INQ