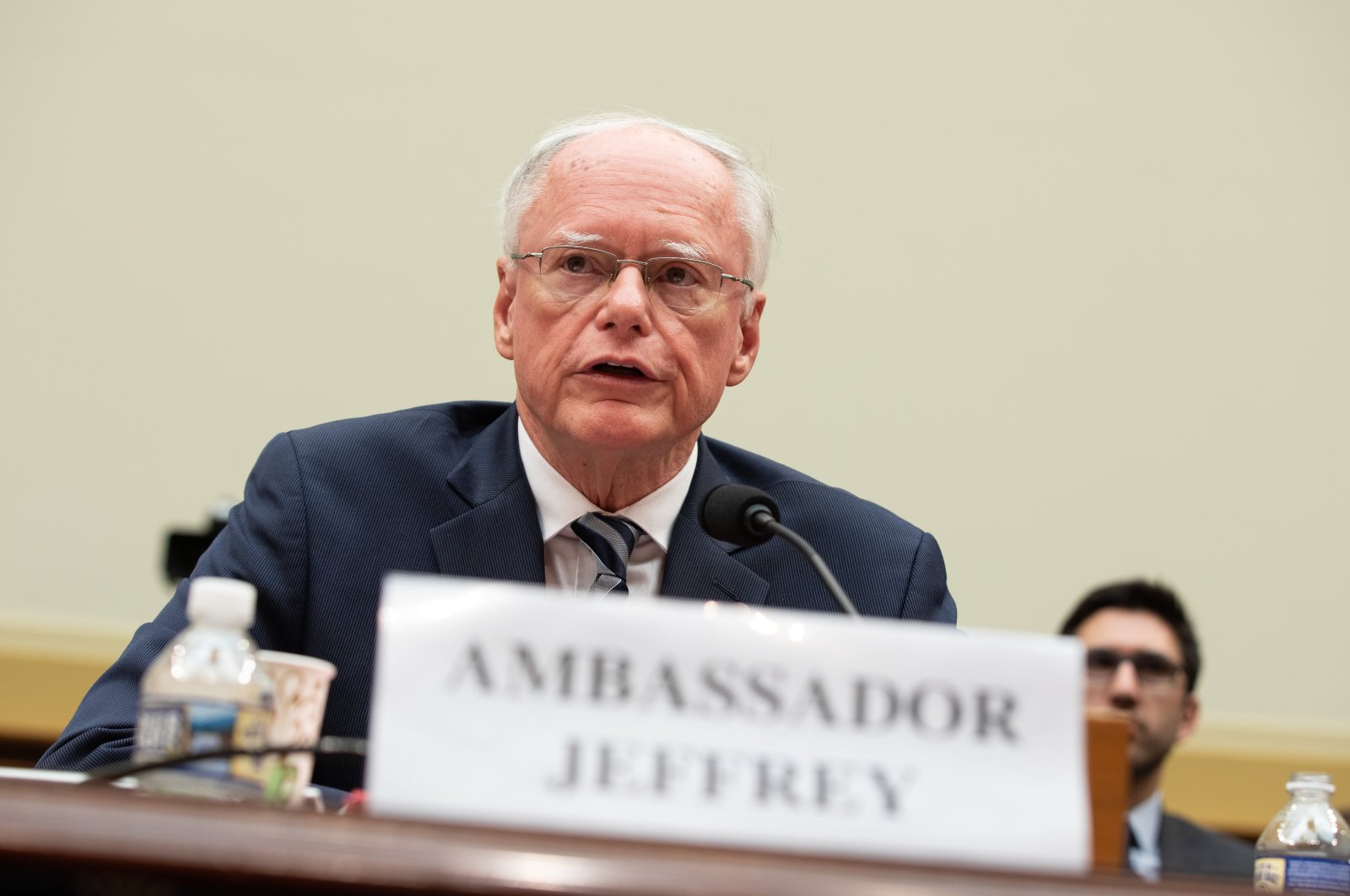 The bilateral relations between Turkey and the United States have seen a relatively calm period following some major disagreements, the former U.S. special envoy to Syria said Monday while also underlining that Washington did not make any political promises to the PKK terrorist group’s Syrian branch, the YPG.

Evaluating the ties between the two NATO allies, James Jeffrey told Anadolu Agency (AA) that he does not think bilateral relations are very close today; however, he pointed out that there has been a cool down after a tumultuous period. He added that the future course of bilateral relations will be clear in the next six months, probably for the better.

Underlining the important alliance between Ankara and Washington within NATO for more than 70 years, Jeffrey said that there are comprehensive relations but also issues that have had a negative impact on ties.

The U.S.’ support of the YPG in northern Syria during the country’s civil war has been one of the most controversial topics that seriously harmed the partnership between the two countries. Regarding this support, Jeffrey said that the U.S. has its own national interests in Syria within the context of the fight against the terrorist group Daesh, and it was not possible for the U.S. to conduct this fight without a partner having power on the field.

“The reason that we went there was Daesh, which posed a threat not only to Syria, Turkey and Iraq, but also to the whole region and even Europe. And, our only partner to fight the Daesh on the field was the YPG,” he said.

Stating that they always kept communication open with Turkey during the process, he said a solution supported by Ankara could not be reached.

Jeffrey also said the U.S. did not make any political promises to the YPG.

“We told it to them many times. Even when contacting their autonomous systems, we were very cautious. If you are Syrian, there will be a political process under the supervision of the United Nations and some conditions including the new constitution … Whatever you do, you should do it with the Syrian opposition and the Assad regime. This is your job, not ours. We told it clearly to everyone.”

Turkey has aimed to prevent the YPG from establishing a de facto autonomous region in northern Syria, which would border Turkey and connect the so-called northwestern Afrin canton to the so-called Kobani (Ain al-Arab) and Jazeera cantons in the northeast. Ankara describes this as a “terror corridor” posing a grave security threat to its national security, underlining its possible impact on the PKK’s activity within Turkish borders.

Local people living in areas held by the YPG have long suffered from its atrocities, as the terrorist group has a notorious record of human rights abuses in Syria, ranging from kidnappings, recruitment of child soldiers, torture, ethnic cleansing and forced displacement.

In its more than 40-year terror campaign against Turkey, the PKK – listed as a terrorist organization by Turkey, the U.S. and the European Union – has been responsible for the deaths of 40,000 people, including women, children and infants.

Commenting on possible Ankara-Washington cooperation in Syria, Jeffrey said that the two countries are close partners and can work together in Syria. He also warned that a complete solution is very difficult for the war-torn country and all actors should interpret the new realities and take their position accordingly.

Turkey’s purchase of the advanced S-400 Russian air defense system has been another major disagreement between the two countries. Jeffrey said that it seems very difficult for Ankara and Washington to reconcile on the issue.

“From Turkey’s perspective, it is a matter of sovereignty. Why can’t a sovereign country buy weapons from another country? However, this is a violation according to U.S. law, a violation of the 2017 CAATSA (Countering America’s Adversaries Through Sanctions Act) law. At the same time, it is a threat against one of our most important military and diplomatic programs. Therefore, I think the best thing to do for now is to limit the damage,” he said.