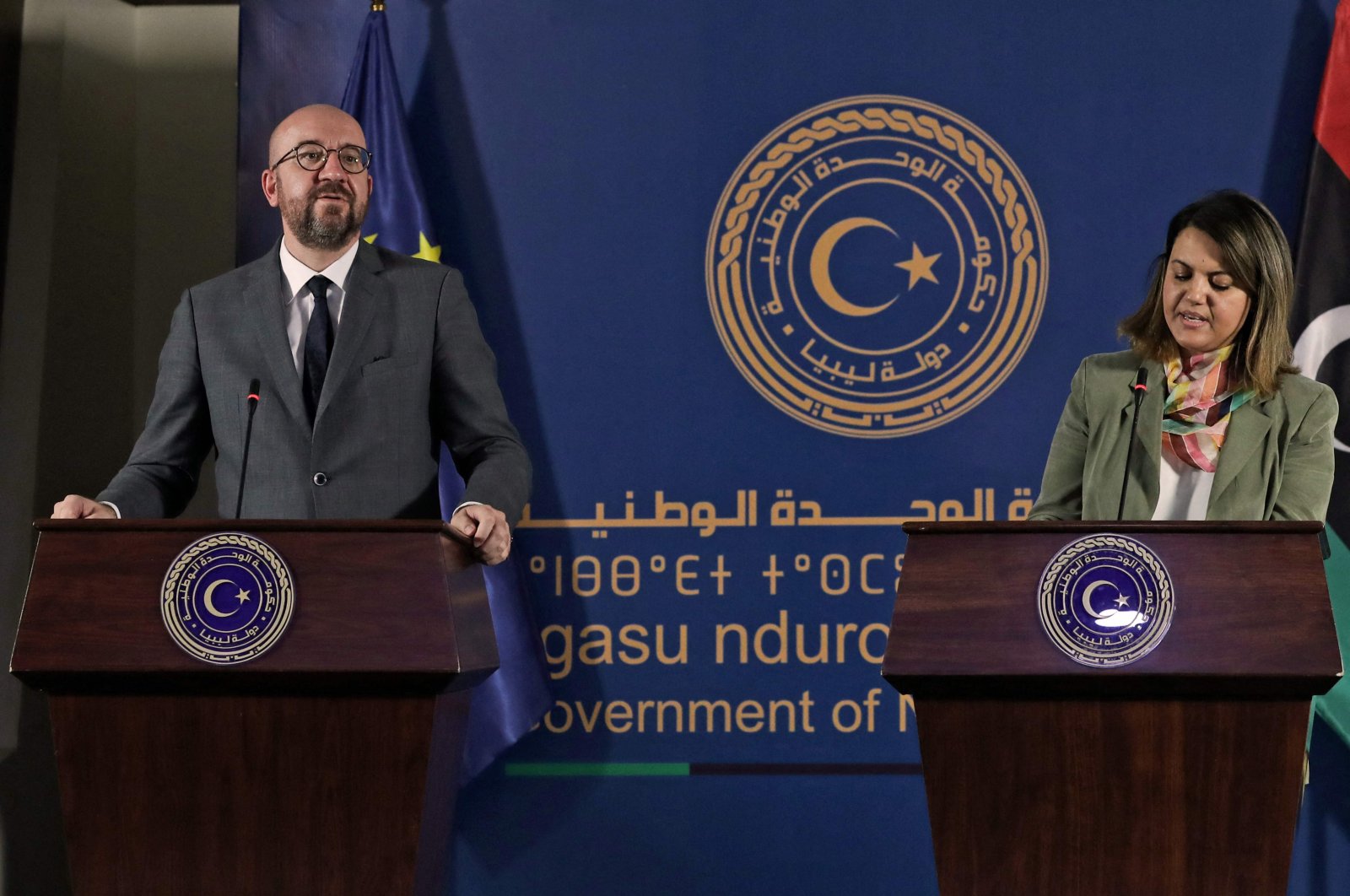 The European Union on Sunday called for the departure of all foreign forces and mercenaries from Libya, describing it as a “precondition” for a return to stability in the war-torn country.

At a news conference in the Libyan capital, Tripoli, EU Council President Charles Michel described the appointment of a transitional government earlier this year as a “historic moment.” The government is meant to shepherd the country through general elections on Dec. 24.

“I wanted to come as soon as possible to convey to the Libyan people and their new leadership a clear and strong message,” he stated. “We commend your efforts to come together in a spirit of national unity and reconciliation.”

“You have created an opportunity to rebuild your country, but there is one precondition — all foreign fighters and troops must leave the country,” he said, urging Libya’s political – and mostly armed – factions to seize a “unique opportunity to build a united sovereign stable and prosperous country.”

Michel, who met the leaders of the newly appointed government, said the EU was supporting efforts at national reconciliation, following the years of chaos since the 2011 uprising that overthrew and later killed longtime dictator Moammar Gadhafi.

Mohammad Younes Menfi, head of the presidential council, said he and Michel discussed migration and the “security of maritime borders” between Libya and the EU, according to the office of the Libyan leader. Libya has emerged as the dominant transit point for migrants fleeing war and poverty in Africa and the Middle East and seeking a better life in Europe.

Other European leaders would be visiting Libya in the coming days, reflecting the importance of EU-Libyan ties, an EU official said, adding that the EU ambassador to Libya would return to Tripoli by the end of April. He spoke on condition of anonymity because he was not authorized to brief the media.

The United Nations estimates there are some 20,000 foreign troops and mercenaries in Libya helping the warring factions: the U.N.-recognized Government of National Accord (GNA) in Tripoli and putschist Gen. Khalifa Haftar in the east.

Warlord Haftar has the backing of the United Arab Emirates (UAE), Egypt and Russia, particularly mercenaries from a private group with links to Vladimir Putin. The GNA is supported by Turkey.

Foreign mercenaries and arms have poured into the country since Haftar launched his offensive, with Russia and the UAE serving as the putschist general’s top suppliers.

The Russian Wagner Group, which is owned by businessperson Yevgeny Prigozhin, a figure close to Russian President Vladimir Putin, is known as one of the main groups that sent mercenaries to fight in Libya.

Most of the foreign forces are concentrated around Sirte at Jufra airbase held by Haftar’s forces 500 kilometers (300 miles) south of Tripoli and further west in Al-Watiya.

In June, the United States Africa Command (AFRICOM) revealed that 2,000 Russian mercenaries from the Wagner Group had been operating alongside Haftar forces.

A U.N. report on Sudan released in January 2020 also said many Arabs from the war-weary region of Darfur were fighting as “individual mercenaries” alongside warring Libyan parties.