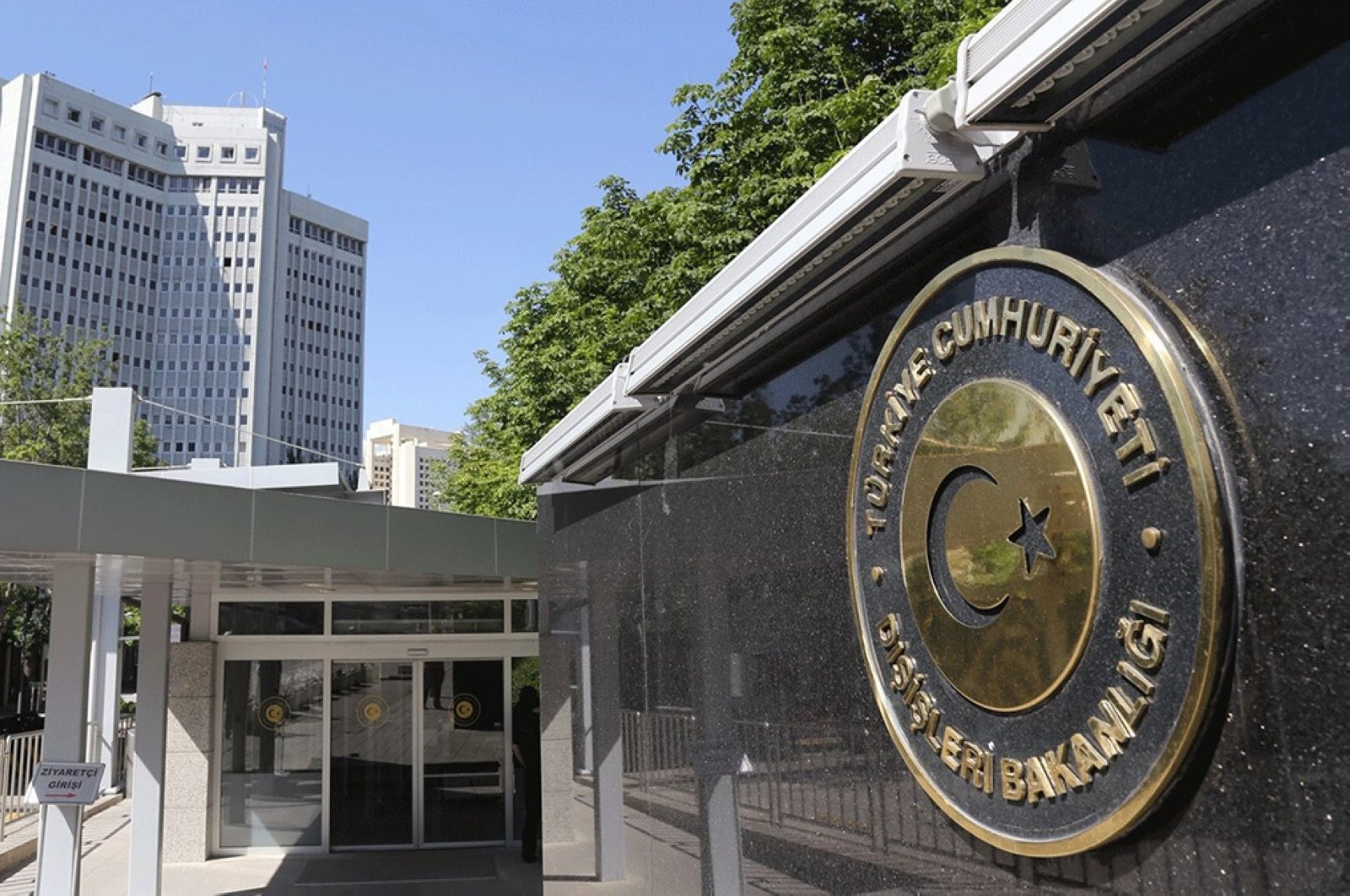 Turkey’s Foreign Ministry strongly condemned the Greek Cypriot administration for celebrating the 65th anniversary of a far-right terrorist group, which was responsible for carrying out a massacre against Turkish Cypriots.

Noting that Turkey and the Turkish Cypriots consider Ethniki Organosis Kyprion Agoniston (EOKA) as a terrorist organization, the ministry said it has caused irreversible damage to the latter.

The ministry continued by saying that the fact that the Greek Cypriot administration commemorates the terrorist group’s foundation by issuing stamps clearly proves that the administration considers Turkish Cypriots as a minority on the island and continues to ignore their existence.

“We condemn the Greek Cypriot administration for producing stamps celebrating the 65th anniversary of EOKA terrorist group. EOKA is an organization that indiscriminately massacred Turkish Cypriots and can only be remembered with a curse,” Çelik said in a message on Twitter Friday.

The terrorist group EOKA is known for its slogan “best Turk is a dead Turk.”

Çelik continued by saying that the fact that the Greek Cypriot administration still commemorates EOKA shows its support for the terrorist group, which indiscriminately targeted Turkish Cypriots with the goal to completely eliminate them from the island.

“Turkey will forever be the supporter of Turkish Cypriots,” Çelik said, adding that the country has the power to overcome all terrorist organizations and will not let any such group usurp the legitimate rights of the Turkish Republic of Northern Cyprus (TRNC).

While the Turkish Cypriots were discriminated against and alienated by the Greek Cypriots in state institutions, systematic and comprehensive attacks began on Dec. 21, 1963, when a bloody incident, later termed as “Bloody Christmas,” took place.

A total of 103 Turkish Cypriot villages were attacked, leading to hundreds of deaths. The bloody campaign also displaced 30,000 Turkish Cypriots, who had to take shelter in an area constituting merely 3% of the island.

In 1967, a military junta ousted the government in Greece and started to destabilize the island. The junta struck two villages on the island of Cyprus, Boğaziçi (Agios Sergios) and Geçitkale (Lefkoniko), both located in the Famagusta district.

Bülent Ecevit, then-prime minister of Turkey, instructed the military to take action and the Cyprus Peace Operation was launched on July 20, 1974.

With fighter jets flying low over the land and paratroops deployed on the island, Turkey prevented the annexation of Cyprus and brought protection to weary Turkish Cypriots.

The peace operation proved Turkey’s claims about the persecution of Turks as several mass graves were unveiled in some Turkish Cypriot towns on the island.

The success of the operation paved the way for the establishment of the Turkish Federated State of Cyprus on Feb. 13, 1975, with Rauf Denktaş as president.

On Nov. 15, 1983, the Turkish Federated State of Cyprus held an extraordinary session and the members of parliament unanimously approved the establishment of the Turkish Republic of Northern Cyprus (TRNC).