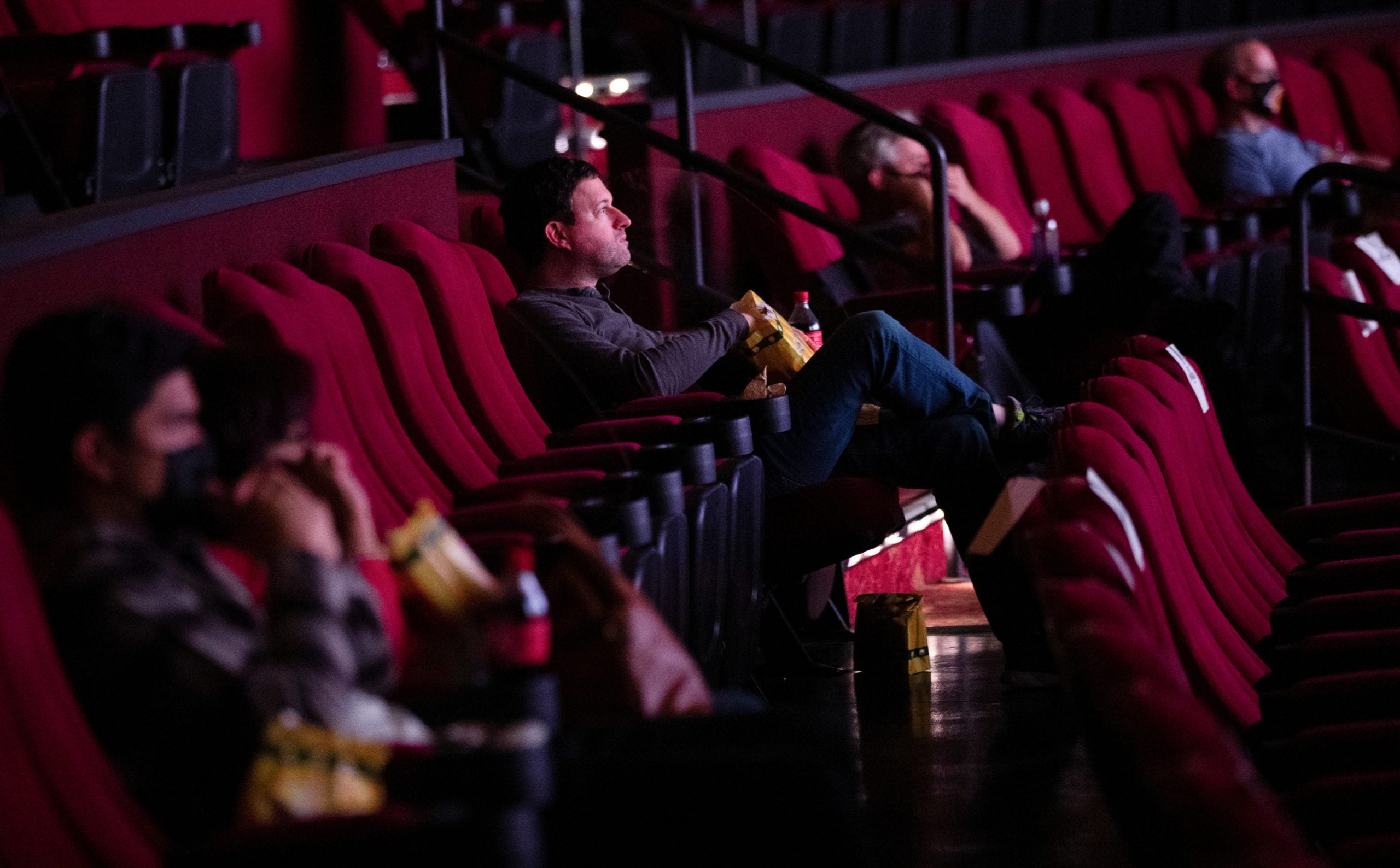 Moviegoers sit socially distanced as they wait for the movie “Godzilla vs. Kong” on the reopening day of the TCL Chinese theatre during the outbreak of the coronavirus disease (COVID-19), in Los Angeles, California, U.S., March 31, 2021. REUTERS/Mario Anzuoni

LOS ANGELES – “Godzilla vs. Kong” stormed to the top of the domestic box office, picking up $13.4 million in its second weekend of release. That brings the monster mashup’s stateside haul to $69.5 million, an impressive gross considering it comes in the midst of a global pandemic.

The Legendary and Warner Bros. release’s robust commercial performance has been all the more notable because it comes as COVID restrictions are in place, limiting capacity in theaters, and also as the film is available on HBO Max. The film dropped 58 percent compared to its opening weekend gross of $32.2 million. Warner Bros. is releasing its entire 2021 slate on HBO Max at the same time they debut in theaters as a concession to coronavirus and a way to bolster the streaming service.

“Godzilla vs. Kong” is now the top-grossing film of the pandemic era, bypassing Christopher Nolan’s “Tenet,” which earned $58.4 million. The impenetrable “Tenet” still far outranks “Godzilla vs. Kong” when it comes to sheer narrative confusion.

Universal’s “Nobody,” an action thriller which attempts to give “Better Call Saul’s” Bob Odenkirk the full Liam Neeson, middle-aged ass-kicker treatment, came in second, with $2.6 million. The film’s domestic total now stands at $15.6 million after three weeks of release.

Sony’s “The Unholy” appears poised to capture third place with roughly $2.4 million, pushing its total to $6.7 million. The horror film follows a young hearing-impaired girl who can hear and speak after a supposed visitation from the Virgin Mary. The good news doesn’t last long, however, as terrifying events accompany the apparent miracle.

Disney’s “Raya and the Last Dragon” was in fourth place with $2.1 million, pushing the animated feature’s North American gross to $35.2 million. “Raya” is also available to rent on Disney Plus.

Lionsgate and AGC Studios’ “Voyagers,” a riff on “Lord of the Flies” that transports the mayhem of adolescent sexuality and bad behavior to outer space, grossed $1.3 million to round out the top five. Tye Sheridan, Lily-Rose Depp, and Fionn Whitehead lead the youthful cast of space exploring miscreants.

Some Oscar contenders padded their grosses, with A24’s “Minari” adding $118,000 to its haul to push its total to $2.3 million, while Focus Features’ “Promising Young Woman” netted $55,000 to bring its ticket sales to $7.2 million. Both films are up for best picture at this year’s Academy Awards.