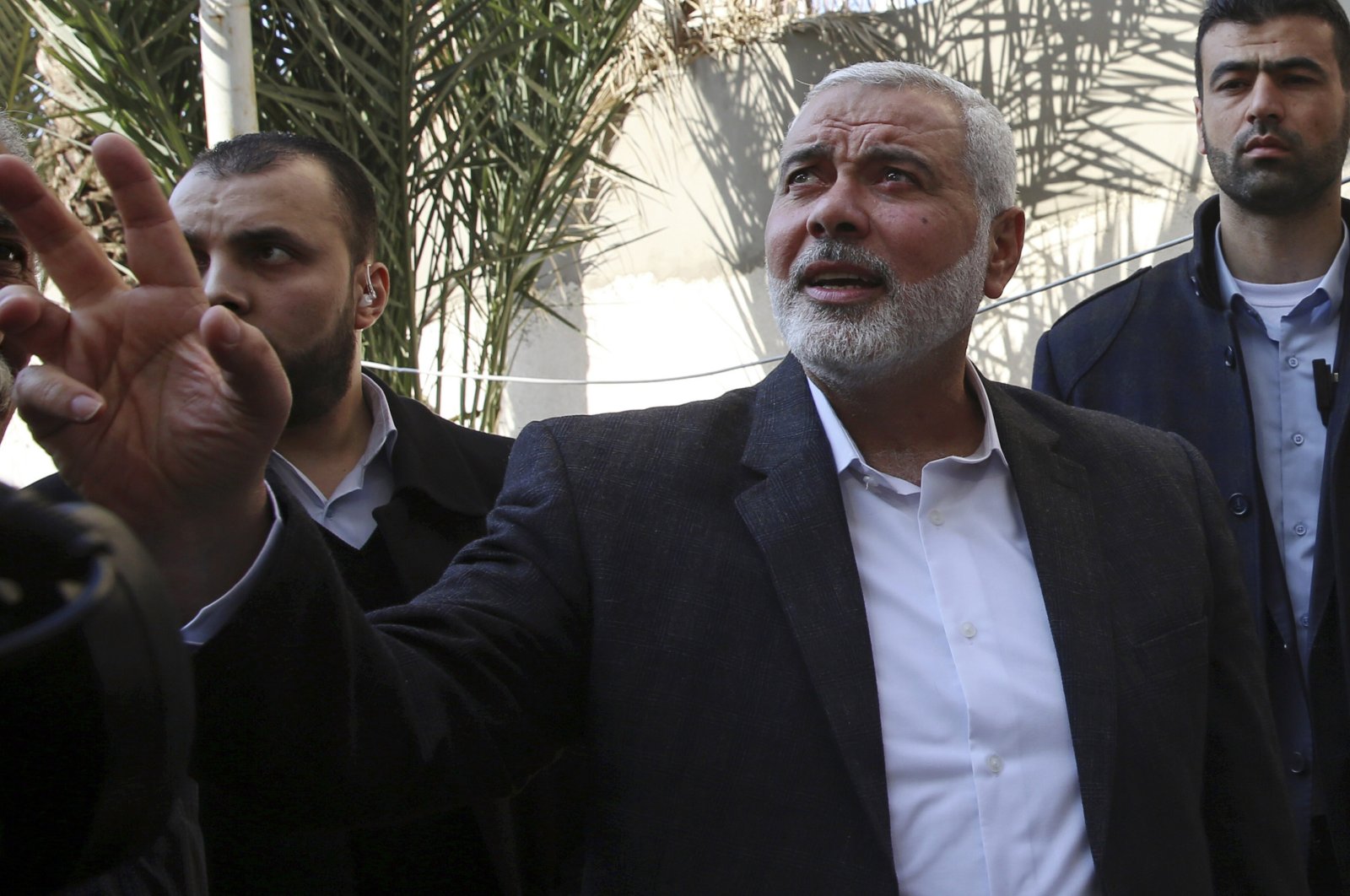 The recent Turkey-Egypt rapprochement will serve the Palestinian cause, the top Hamas figure said, hailing the efforts for reconciliation between the two major countries.

“We welcome the Turkish-Egyptian rapprochement, and we believe that more understandings between them and between Arab and Islamic countries will reflect positively on us in Palestine and on the Arab countries,” Hamas leader Ismail Haniyeh told Anadolu Agency (AA) in an exclusive interview.

Haniyeh described Turkey, Egypt, Iran and Saudi Arabia as “central states” that play a “strategic role” in the region, adding that any understanding between them serves the interests of Palestine and the people of the region.

“In contrast,” the Hamas chief said, “any conflict between Arab and Muslim states negatively affects the Ummah’s capabilities,” harms the Palestinian cause, and “provides the Zionist entity with a golden opportunity to pursue its annexation and Judaization projects.”

Turkey and Egypt have recently released statements on bilateral ties, suggesting an expected restoration in relations after more than seven years of political estrangement.

Last month, Turkish Foreign Minister Mevlüt Çavuşoğlu announced the start of diplomatic contact between Ankara and Cairo with an aim to normalize relations without preconditions.

Commenting on the upcoming legislative elections in Palestine scheduled for May, Haniyeh expressed his movement’s “commitment” to form a “national consensus” government even if it emerged victorious, saying the step is important in facing the Zionist occupation.

“Hamas participates in the elections on the basis of partnership and not on the basis of victory. It does not want to dominate the Palestinian political system,” the Hamas leader said.

In January, Palestinian President Mahmoud Abbas issued a decree setting the dates for elections this year: the legislative elections on May 22, the presidential elections on July 31 and the National Council on Aug. 31.

According to Haniyeh, the upcoming elections are “critical” in improving the current Palestinian conditions.

“These elections are a step toward ending the 15-year-old division.”

He also highlighted the importance of the “messages and symbols” the Hamas list contains on Jerusalem, the martyrs and the prisoners.

“We chose the name ‘Jerusalem, our destination’ as the electoral slogan, precisely to confirm that Jerusalem is our address, our compass, our capital and our honor,” Haniyeh explained.

The leader also said he is confident that elections will take place as planned despite pressure, especially from Israel to postpone them.

“This is one of the challenges before us, but we are sticking to elections as a means of arranging our Palestinian home.”

Last week, Jibril Rajoub, secretary-general of Fatah’s Central Committee, admitted in an interview with the official Palestine TV the existence of pressures from Israel and some Arab countries to cancel the elections.

Unable to for government, Israel in ‘real trouble’

Commenting on Israeli elections, Haniyeh said the country is in “real trouble” with parties unable to form a government and sees the possibility of the fifth round of elections in the next two years.

“The Israeli entity is no longer strong and immune,” he said, adding that it shows Israelis have no future on the Palestinian land.

Israeli elections that took place late last month ended without any bloc reaching the threshold required to form a government.

Turkey’s support for Palestinian cause appreciated

Also addressing Turkey’s unwavering support of Palestine, the head of Hamas’s political bureau also praised Ankara’s role in supporting the Palestinian cause, standing by Gaza in the face of the Israel blockade, and embracing Jerusalem as the capital of Palestine.

“We proudly recorded the political positions of President Recep Tayyip Erdoğan, the parliament and the government in regional and international forums, and we see that the Palestinian issue is an issue of Turkish consensus,” he said, pointing out that Turkey’s role in Palestine and Jerusalem is defined by its history, geography and Islam.

Haniyeh renewed his warning about the danger of normalization of relations between certain Arab countries and Israel.

He slammed the U.S.-sponsored peace agreements between Israel and the four Arab countries – the United Arab Emirates, Bahrain, Morocco and Sudan – last year, which included military and security agreements among others as posing “a danger to the region and the (Palestinian) issue.”

Despite its complete rejection of normalization, the Hamas leader said he does not “want to transform the conflict from a Palestinian-Israeli one to a Palestinian conflict against these countries.”

Touching on the Israeli siege imposed on the Gaza Strip, Haniyeh described it as the “longest that people under occupation are subjected to.”

He said that Gaza has long been subjected to devastating wars that claimed thousands of martyrs, destroyed homes and infrastructure, created harsh living conditions and widespread unemployment. The coronavirus pandemic has worsened the situation in the strip due to scarce resources, he added.

Haniyeh denounced Israel’s “politicization” of coronavirus vaccines by refusing to give the jabs to Palestinians despite occupying them.

He lauded plans by Turkey’s Erdoğan to offer his country’s domestic vaccine to all humanity under the most appropriate conditions when the work on the vaccine candidate is completed.

In a video message on Tuesday addressing a U.N. meeting, Erdoğan said nearly 100 countries have no access to the COVID-19 vaccines yet, describing the issue as “alarming” for humanity and human values.

Haniyeh singled out Turkey and Qatar with praise for their efforts to help the Gaza Strip while also thanking Egypt for opening the Rafah border crossing for trade and passengers.