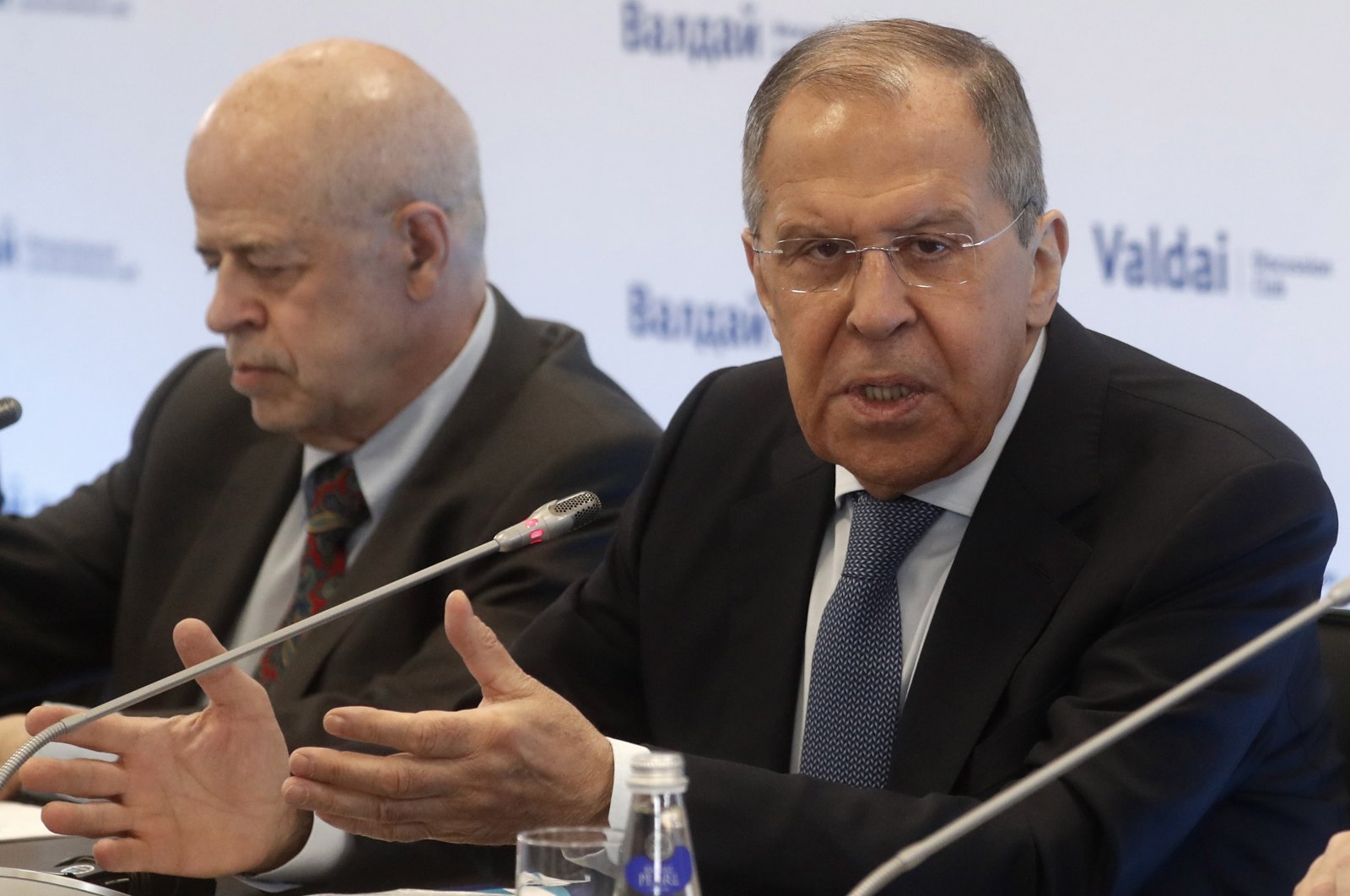 Relations between Russia and Turkey are flourishing, both in terms of making contact at the highest levels and in their substantial agenda, Russian Foreign Minister Sergey Lavrov said Wednesday.

Speaking at a meeting of the Moscow-based think tank Valdai Discussion Club, Lavrov said the two countries are able to find solutions even to issues on which the parties have almost opposite views.

Sometimes, the agreements can be implemented slower than expected, but Turkey does not give up on its undertaken responsibilities, he said.

“In principle, Russian-Turkish relations are very rich … sometimes the positions differ quite seriously, but we value our relations because we can always find solutions with our Turkish colleagues that suit both sides,” the minister said.

Citing the situation in Idlib as an example, he said the Turkish side “meets all its obligations,” including the separation of the armed opposition in the Idlib de-escalation zone and liberation of the M4 highway.

Lavrov said the United States’ presence in Syria is illegal, and Washington is encouraging separatism in the country by funding “certain Kurdish organizations,” some of which do not hide their ties with the PKK terrorist group.

“The U.S. exploits the hydrocarbons and grain that is produced in Syria. They sell and pay for the separatist actions of some Kurdish organizations at this expense, and block dialogue between Kurds and Damascus,” he said.

He also accused the U.S. of using the Daesh terrorist group to hinder peace in Syria.

“ISIS let’s not forget, was created by the U.S. when they committed aggression against Iraq, and there they did such things that a huge number of countries still deal with. ISIS was created after the Baath party, all security forces were dispersed.

“Subsequently, ISIS was actively used, and continues to be used, by the U.S. to hinder the processes that will lead to a settlement in Syria with the full participation of the current government,” he said, using an alternate acronym for Daesh.

Lavrov warned that the failure to resolve the Syrian crisis could lead to Syria’s dissolution and further problems, one of them being “the Kurdish issue,” which will “immediately reach a regional scale.”

Although Turkey has backed moderate opposition groups and Russia has backed the Bashar Assad regime in the Syrian conflict, the two sides have managed to maintain diplomatic contact and cooperation for a solution to the crisis in the war-torn country.

The countries reached a cease-fire deal last year that stopped a Russian-backed regime offensive on Idlib. Idlib has been the subject of multiple cease-fire understandings that the Assad regime and its allies have frequently violated.

Along with Iran, they also launched the Astana process to bring the warring sides in Syria together to find a permanent solution to the 10-year-long war. The main agenda items have been the constitutional system, the political transition, security and resettlement. The first meeting of the Astana process was in Turkey in January 2017 to facilitate U.N.-sponsored peace talks in Geneva.