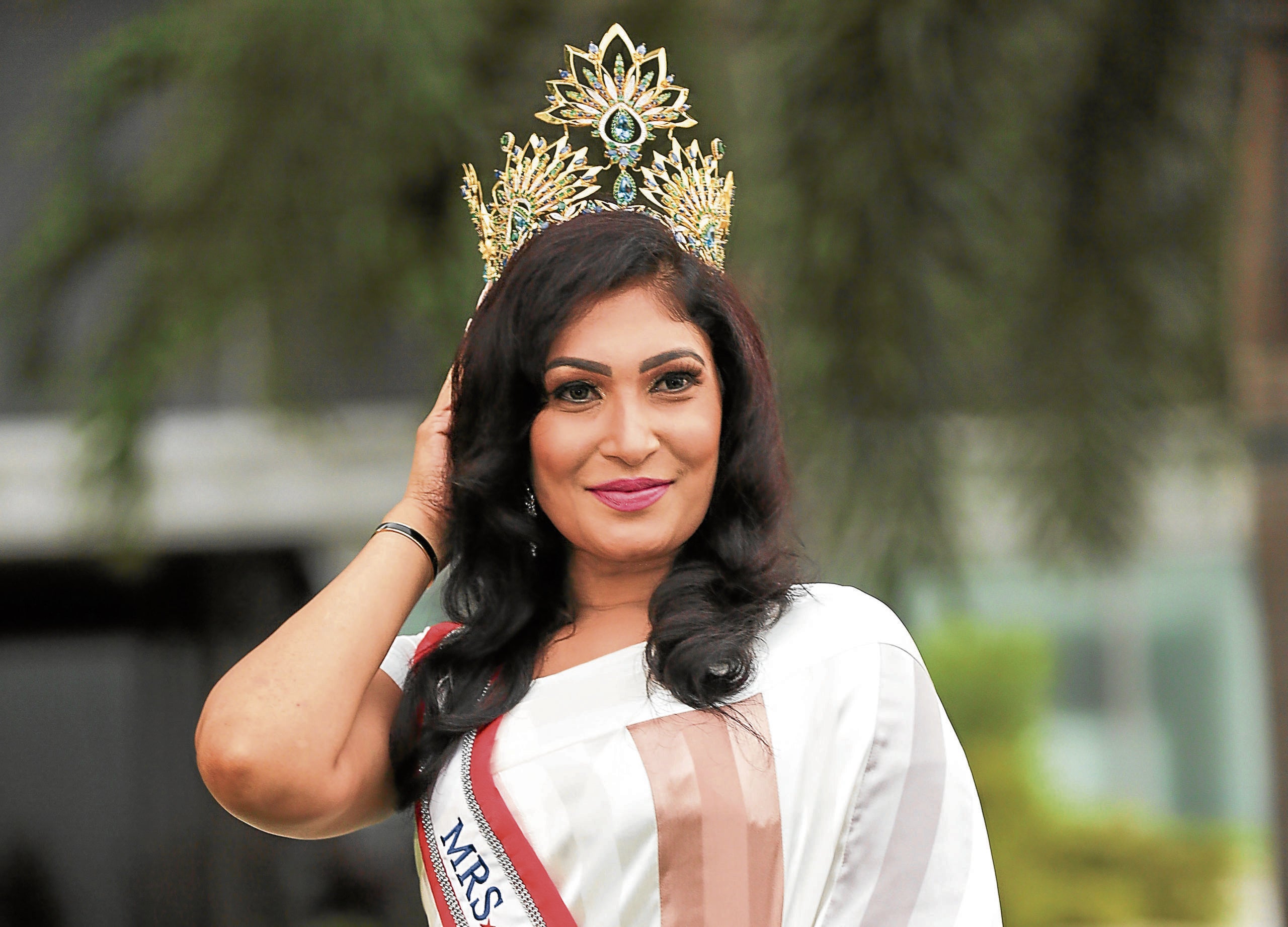 The Mrs. Sri Lanka beauty pageant descended into chaos at the weekend when a former title holder declared that the winner was ineligible because she was divorced, and forcibly removed her crown.

A video of the Sunday event opened with the 2019 winner of the competition and reigning Mrs. World, Caroline Jurie, speaking to the audience shortly after the winner and runners-up were announced in Colombo.

“There is a rule that you have to be married and not divorced, so I am taking my first steps, saying that the crown goes to the first runner-up,” Jurie said, before walking across the stage to remove the crown from Pushpika De Silva, standing with a bouquet of flowers in her arms.

Jurie started pulling out hairpins from De Silva’s hair, managed to remove the crown and placed it on the head of the competition’s runner-up, as De Silva left the stage. Celebratory music played in the background throughout the incident.

In a Facebook post on Monday, De Silva said she was not divorced but separated, writing in Sinhala: “If I wasn’t fit at the beginning of this tournament they could have removed me.”

The prize was returned to her on Tuesday at a news conference, after pageant organizers confirmed she was not a divorcee. They have also apologized to her.

The winner of the Mrs. Sri Lanka contest goes on to compete in the Mrs. World contest.

Jurie, who won that competition in 2020 in Las Vegas, could not immediately be reached for comment via her social media pages.