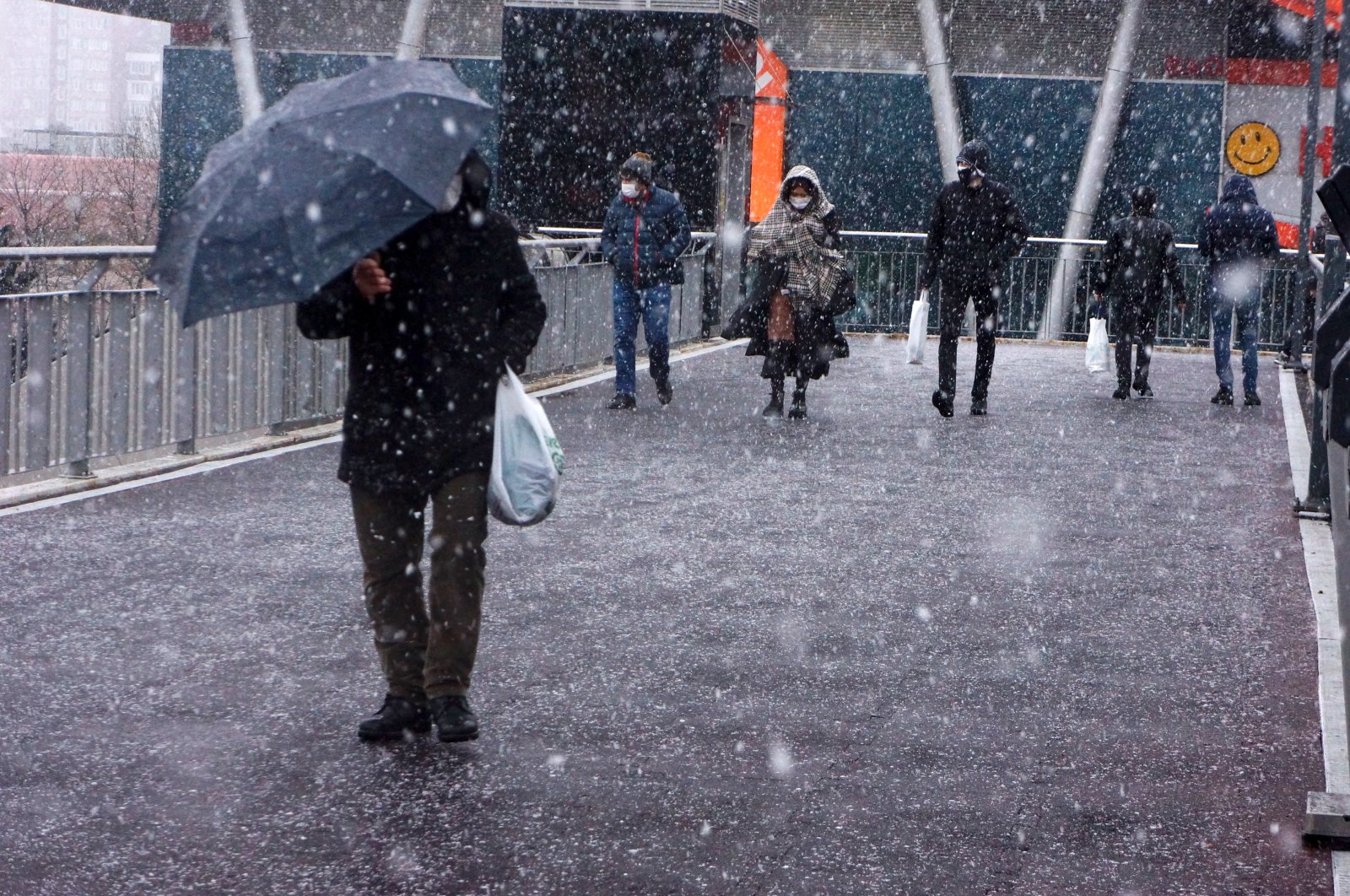 A sprinkle of snowfall that hit parts of Istanbul on Friday is a harbinger of a tough week ahead for Turkey’s most populated city. Starting late Saturday, the metropolis is expected to succumb to cold temperatures and heavy snowfall, according to weather forecasts.

Higher grounds on the city’s Asian and European sides were covered with a thin blanket of snow on Friday though it was later melted by drizzle. The adverse weather led to traffic jams in some places during the morning rush hour.

The Turkish State Meteorological Service (TSMS) says snowfall will continue for at least five days. Severe winter conditions will replace a 10-day dry, relatively warm spell in the city. Temperatures already significantly dropped on Friday and are expected to decrease further late Saturday. From Sunday to Thursday, snowfall is forecast to envelop the city. Though some experts rule out an all-out winter, the weather patterns show harsh conditions for several days. On Sunday, temperatures will drop below zero at most and will get colder on Tuesday and Wednesday. Forecasts show little change in temperatures until Thursday and a lasting snowfall throughout the first four days of next week.

Istanbul’s governorate urged motorists not to drive unless necessary and said in a statement that crews would be deployed around the clock to respond to any problems related to bad weather. “Citizens should heed the advice of authorities against cold weather, snowfall and icy roads,” the governorate urged. It also called on the public to call emergency hotlines to report any homeless person at-risk from bad weather.

Istanbul is also on alert for snowfall and strong winds whose speeds are expected to reach up to 60 kilometers per hour (37 miles per hour) on Friday and the following days. The city’s municipality – through its Disaster Coordination Center (AKOM) – will deploy 1,351 vehicles, including snowplows and bulldozers, and 7,031 personnel to clear roads. Crews will work around the clock to salt the roads to prevent icing and an early warning system set up in 60 locations across the city will help them respond quickly to icy conditions.

Güven Özdemir, a meteorology expert from Istanbul Aydın University, said cold and snowy weather is set to continue until the end of February. He warned that the snowfall could become particularly dense on Sunday. Özdemir told Demirören News Agency (DHA) on Friday that Turkey is currently under the influence of a low-pressure system from Italy and Romania. “But a high-pressure system hailing from Scandinavia is pushing a cold weather pattern in Russia toward our country. Bad weather will first hit Thrace (Trakya) and then Marmara to its east (where Istanbul is located). It will later head further east, as well as to the northern part of the Aegean region (south of Istanbul),” he warned.

Özdemir said that almost all of Turkey, except the warm Mediterranean region in the south, would be affected by inclement weather patterns. “Cold days are ahead and there is a possibility we could repeat the harsh winter conditions seen in 1985, 1987, 2002 and 2004,” he said.

The meteorology expert said that Istanbul is particularly at risk as Turkey’s most crowded city. “Even a minor snowfall can affect it, especially in terms of traffic. I don’t think there will be a major challenge for residents if they are cautious. For instance, you can stay indoors … and if you need to go out and drive, you should use winter tires and tire chains,” he said.