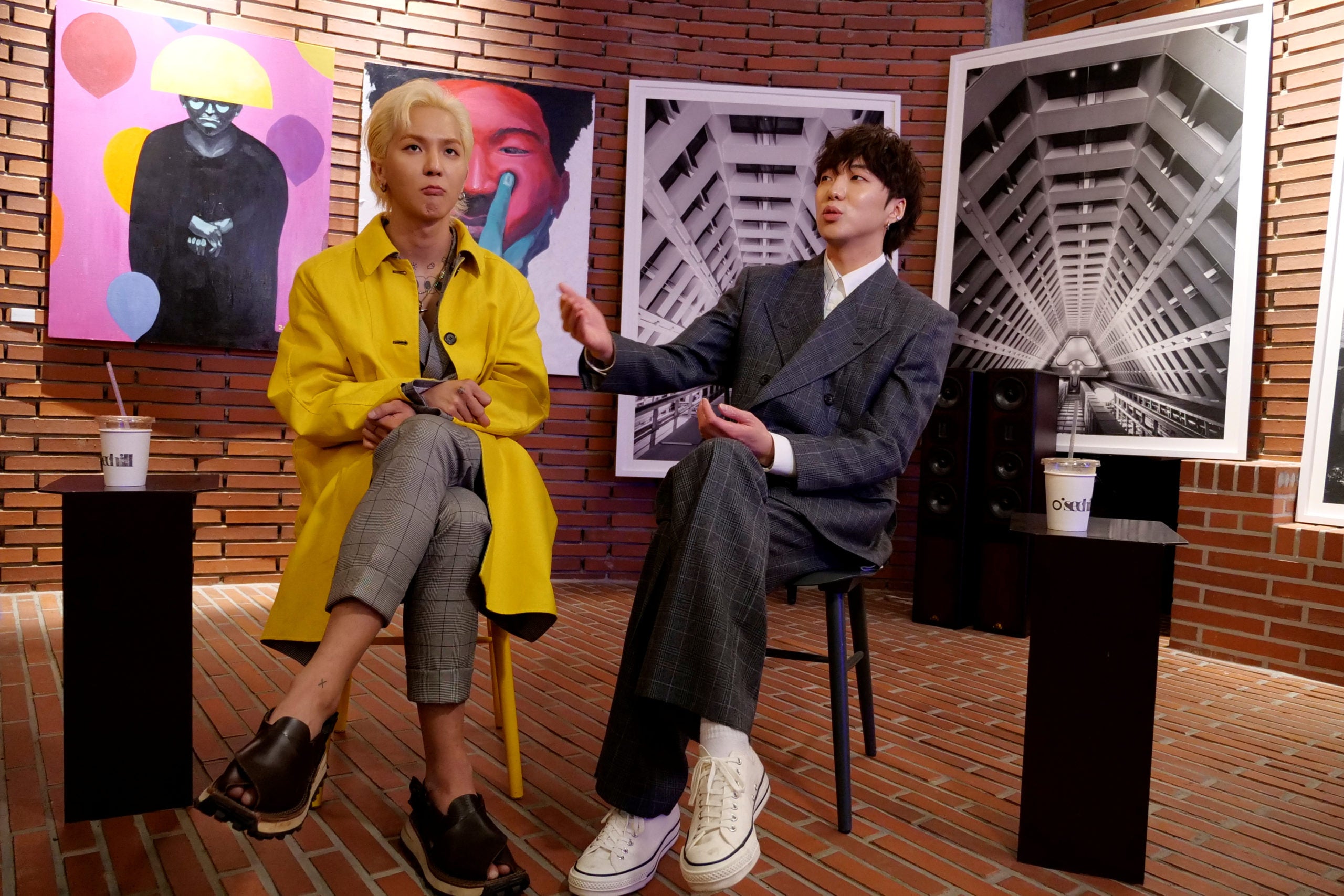 MINO and KANG SEUNG YOON attend an interview with Reuters at a cafe in Seoul, South Korea March 31, 2021. REUTERS/Daewoung Kim

SEOUL  – In a Seoul cafe, K-pop stars Song Min-ho and Kang Seung-yoon talk through a selection of their paintings and photographs that will be headed for a London exhibition this autumn.

Mainly known for their music, the WINNER bandmates will showcase their art, alongside fellow K-pop singer Henry Lau, at the START Art Fair, held at the Saatchi Gallery and coinciding with the famed Frieze Art Week.

“Music tells a story, whether it’s of a happy ending or a sad ending, there seems to be a clear-cut ending,” rapper Song, who is mainly known by his stage name MINO, told Reuters.

“In art, each painting has different characterization but it feels like there’s always an open ending and it makes people think a lot.”

The 28-year old, who first started painting with acrylic colours in his early 20s, made his public debut as a painter in 2019 at an exhibition in Seongnam. He will present a selection of paintings, including a self-portrait of a dark figure surrounded by colourful balloons, in London.

“I wanted to conceal the subject (myself), so (that part is) really dark,” he said. “Bright colours make you feel happy … with that contrast, I wanted to express complexity.”

MINO and Kang, a singer, songwriter and producer known as KANG SEUNG YOON, present their artworks under the names Ohnim and Yoo yeon respectively. Kang will showcase black and white photographs taken during various trips.

“Because of our fandom and fame, I think we introduce a lot of people who weren’t interested in art to the world of art,” he said.

“Our art or photography shouldn’t be meaningless. That’s why I want to express my feelings in my work … (A song) is usually three minutes and … I have to implicitly express all these things in that timing. But I can take a photograph whenever I want, however I want.”

Joining them in London will be Canada-born singer, musician and actor Lau, who took up pendulum painting last year and will display five artworks.

“Like my musical performances, what I did was I actually thought about the location, picking my paints, what I was going to use, my canvas, just every little thing,” he said.

“I’d wanted to make it sort of like an entire performance, but like a performance, no matter how much you practise and prepare there were some unexpected things that happened.”

Asked about balancing art with music, the classically-trained violinist said: “I’m … just trying to do these two as much as possible. I think that’s what’s really helping me get through these times.”