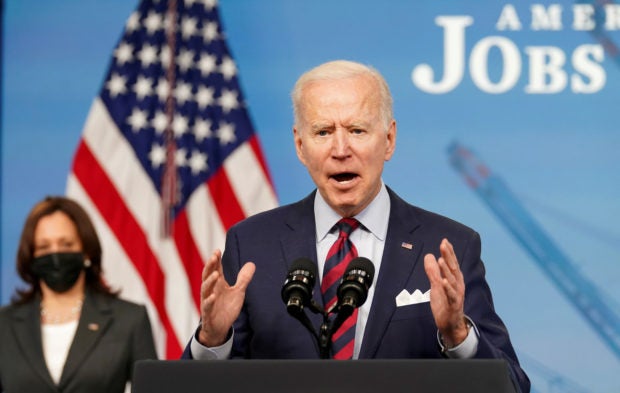 WASHINGTON – President Joe Biden will release his first budget proposal to Congress on Friday, offering a long-awaited glimpse into a policy agenda that will mark a sharp departure from his predecessor, Donald Trump.

Nearly three months into a job consumed by the fight against the COVID-19 pandemic, the budget proposal could shed light on the Democratic president’s priorities ranging from cybersecurity to immigration and climate change.

Among other measures, the document is expected to request some $715 billion for the Department of Defense, roughly even in inflation-adjusted terms with this year, according to a person familiar with the matter. It would represent a compromise between liberals trying to impose cuts and hawks who want spending to increase.

The White House has been delayed in producing the document, blaming resistance from political officials during the handover from Trump and denying that competing interests over issues like military funding played a role.

Known as a “skinny” budget, Biden’s proposal on Friday will provide only cursory figures on programs and departments where Congress has flexibility to decide what it wants to spend for the fiscal year starting in October.

That “discretionary” spending accounted for $1.6 trillion in the 2020 fiscal year, about a quarter of total federal spending. The rest is for areas deemed mandatory including old-age, disability, unemployment and medical benefits.

A full budget proposal is set to be announced later this spring.

Each of the proposals is just the first step in a budgeting process that will ultimately be decided by the House of Representatives and Senate, where Democrats hold bare majorities.

Biden withdrew his initial pick, Neera Tanden, to lead the Office of Management and Budget after she faced difficulty winning Senate approval. The office is currently run by acting director Shalanda Young.