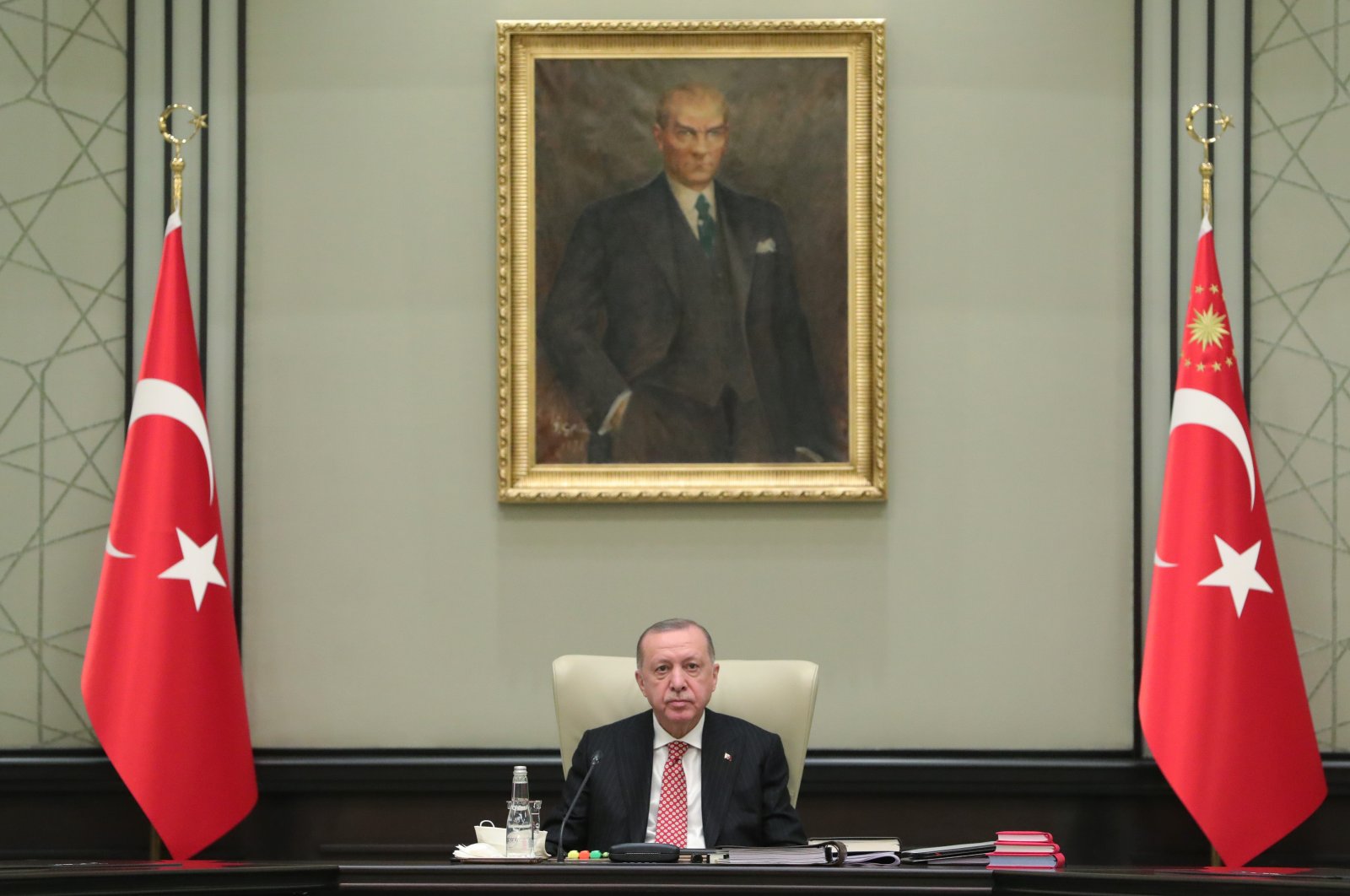 We all have to continue to be there for Azerbaijan, President Recep Tayyip Erdoğan said at the Turkic Council meeting on Wednesday, adding that he will visit Nagorno-Karabakh’s Shusha following the holy month of Ramadan.

“It is important that we continue to be on the side of Azerbaijan with all our capabilities for the protection and recovery of Turkic structures in Karabakh,” Erdoğan stated, pointing out that 63 out of 67 mosques were destroyed in the region during Armenian occupation, while churches were also ruined.

The Azerbaijani Armed Forces liberated Shusha in November after 28 years of Armenian occupation. Shusha, known as the pearl of Nagorno-Karabakh, was occupied by Armenia on May 8, 1992.

The town has a significant military value since it is located on strategic high ground about 10 kilometers (6 miles) south of the region’s capital over Khankendi (Stepanakert) and on the road linking the city with Armenian territory. Besides its strategic significance, the town is known as a symbol of Azerbaijani history and culture with many historic sites, the restoration of which has started. Many prominent Azerbaijani musicians and scholars were born in the city.

“I declare Shusha to be the capital of Azerbaijani culture. The city of Shusha deserves that. I think that it can be considered not only the cultural capital of Azerbaijan but also of the entire region,” Aliyev said during a videoconference with Culture Minister Anar Karimov.

Relations between the former Soviet republics of Armenia and Azerbaijan have been tense since 1991 when the Armenian military occupied Nagorno-Karabakh, internationally recognized as Azerbaijani territory, and seven adjacent regions.

During the six-week-long conflict, Azerbaijan liberated several cities and nearly 300 settlements and villages.

The two countries signed a Russian-brokered agreement on Nov. 10, 2020, to end fighting and work toward a comprehensive resolution.

The president further emphasized the need to continue to support Turkish Cypriots. “I believe that we can bring Turkish Cypriots to the level they deserve through combining our powers.”

Erdoğan also touched upon the growing significance of the Turkic Council, saying that the council needs to be called an international organization, the decision of which could be made during the upcoming summit in Istanbul.

“We hope to hold the eighth summit of the council in Istanbul on Nov. 12, 2021, as far as pandemic conditions allow,” Erdoğan added, stating that the importance of the council has enhanced in the face of the changes the world is undergoing.

Saying that the Turkic Council has finalized its institutionalization within 12 years, Erdoğan stated that there is rising demand to participate in the council as observers.

He also stated that Turkey allocated a historical building for the use of the council’s secretariat in Istanbul.