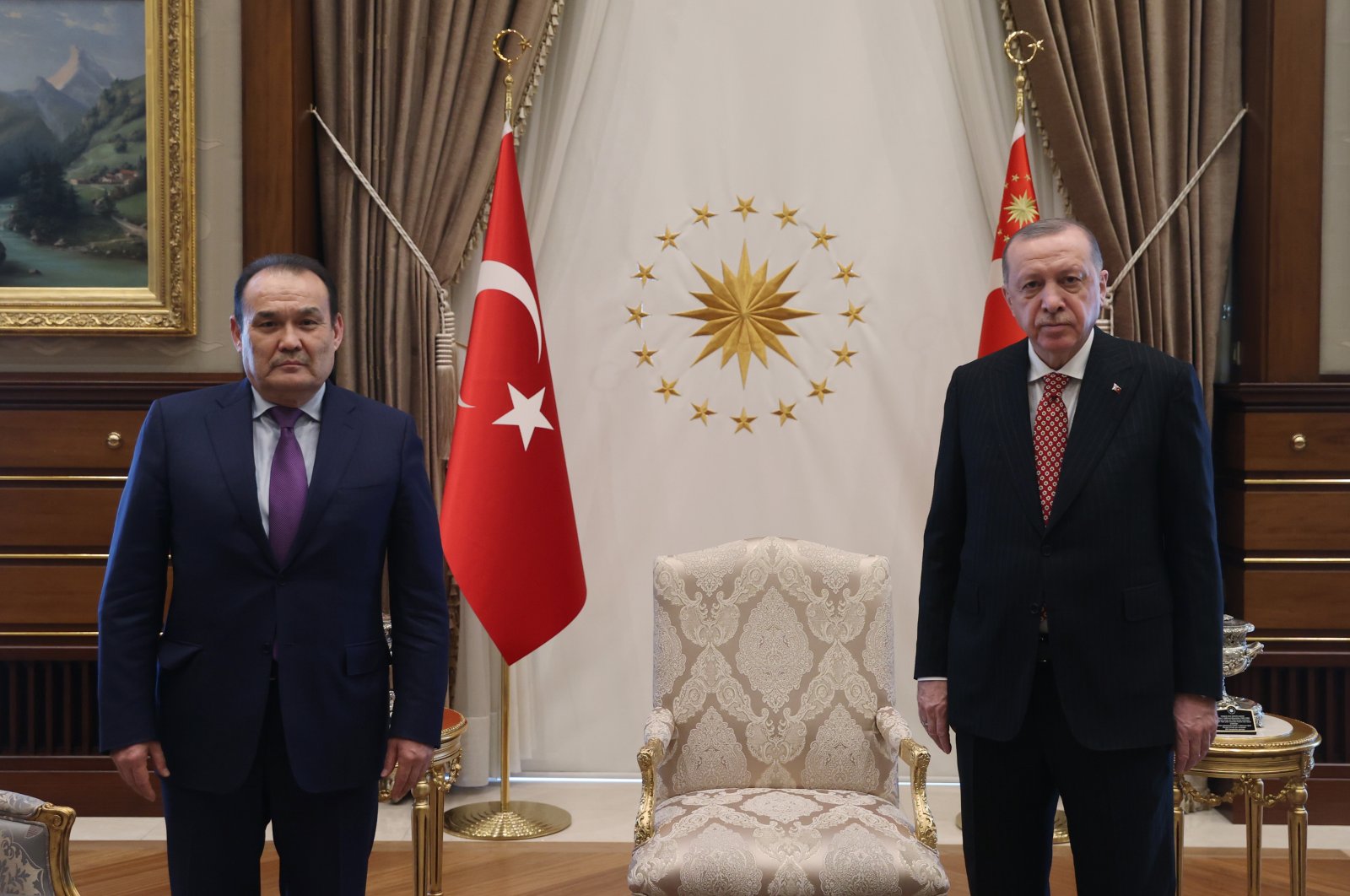 The Turkic Council’s upcoming official summit in Istanbul will strengthen the unity of the Turkic World, Turkic Council Secretary-General Baghdad Amreyev stated Tuesday ahead of an informal virtual summit on March 31.

Saying that the Turkic Council aims for a united state of the Turkic world, Amreyev told Anadolu Agency (AA) that the presidents of Turkey, Azerbaijan, Kazakhstan, Kyrgyzstan and Uzbekistan are to attend the upcoming summit.

Meanwhile, Hungarian Prime Minister Viktor Orban is to attend with observer country status, and an official from Turkmenistan is expected to attend as well.

“It’s the first summit of Turkic leaders, after the (Azerbaijan’s) Nagorno-Karabakh victory. That’s why the significance of this meeting has grown in the eyes of the public,” Amreyev said while adding that the “meeting is going to be an essential point in our efforts for strengthening the unity of the Turkic World.”

On the summit’s agenda, the secretary-general of the council said Kazakhstan’s ancient city of Turkistan is to be declared the spiritual center of the Turkic world.

The city with 2,000 years of history was Kazakh Khanate’s capital from the 16th to 18th century.

Turkistan, where the well-known Sufi Sheik Khoja Akhmet Yassawi lived in the 11th century and was buried there after his death, played an essential role in Central Asia’s Islamization.

It was one of the spiritual, political and commercial centers of the historical Silk Road and started to revitalize after 1991 when Kazakhstan gained independence from the Soviet Union.

“We know the significance of this city (Turkistan) for the whole Islamic world,” Amreyev said while adding that other cities in the Turkic world “like Istanbul, Samarkand, Bukhara, Shusha, Baku, Almaty” in the future may also receive special statuses.

Furthermore, multilateral cooperation, the situation in the region and the world, ways of strengthening cooperation with neighboring countries and the international partners of Turkic Council member states are also to be addressed during the informal summit.

As the meeting will be the first gathering of all Turkic Council leaders following Azerbaijan’s Karabakh victory, Amreyev said the council’s leaders “will show solidarity efforts toward rehabilitation to reconstruct the liberated territory of Karabakh … Our leaders will exchange views.”

He said that: “Another also important point is the participation of our private sector in rehabilitation works in the liberated territories of Azerbaijan. We are going to convene the business forum in Baku at the end of April to discuss ways of using the potential of our private sector (toward the rebuilding of liberated lands in Karabakh).”

During the conflict, Azerbaijan liberated several cities and nearly 300 settlements and villages from the Armenian occupation in Nagorno-Karabakh.

The two countries signed a Russian-brokered agreement on Nov. 10 to end fighting and work toward a comprehensive resolution.

The council under the secretary-general’s leadership has prepared the “Turkic Council Strategy 2020-2025 and Turkic World Vision-2040,” which are topics to be addressed during the informal gathering on Wednesday, Amreyev said.

With Turkic World Vision-2040, “which constitutes our road map until 2040, we aim for stronger foreign policy coordination, security cooperation, signing free trade agreements, opening borders in transportation, and strong cooperation between our countries with the language and alphabet in particular,” he said.

Describing the 2020-2025 and 2040 documents as road maps for the Turkic Council’s cooperation in the future, Ameryev hopes the member states’ leaders will adopt the documents during the formal summit in Istanbul in autumn as he said the documents would “shape the future of the Turkic world, especially focusing on strengthening economic ties between our member states, reaching the preferential trade agreement.”

Besides establishing an FTA among Turkic Council member states, Ameryev added that “establishing additional mechanisms of our economic cooperation” is also on the agenda.

Pointing out that the Turkic investment fund is close to being finalized, he noted that the fund is a “very important financial instrument to support many of our small and medium-sized enterprises.”

He further said that the council is “focusing on developing the existing transportation routes,” and said, “That’s why we started last year, the realization of a ‘green corridor’ between our countries through Azerbaijan.”

The “green corridor” is known as an international fast-track transport line for essential goods.

“In general, the Turkic Council does its best to develop multilateral cooperation in the fields of politics, economy, science, culture and education, military, law, environment, energy, transportation, investment and finance,” he said.

On Turkey taking over the term presidency from Azerbaijan by holding the Turkic Council summit this year, Ameryev hailed Turkey’s position in the council and said the country has “always played a very important role in strengthening our cooperation in all fields.”

“I think that Turkey will continue to play a leading role in consolidating unity and cooperation,” he added.

In response to a question on Ukraine’s request to receive observer status at the council, Ameryev said the council is ” now considering requests that came from our international partners. More than 10 countries expressed their intention and wish to have observer status.”

“Now we only have one observer country, which is Hungary. In the future, we’ll have, of course, more observers in our organization. We are currently finalizing the regulations on the topic of observer countries. After they are completed, possibly some time around the autumn summit, we will start to accept observers,” he added.